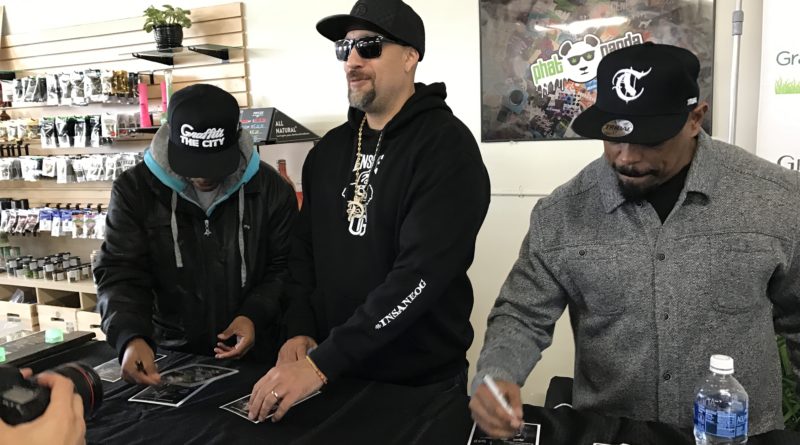 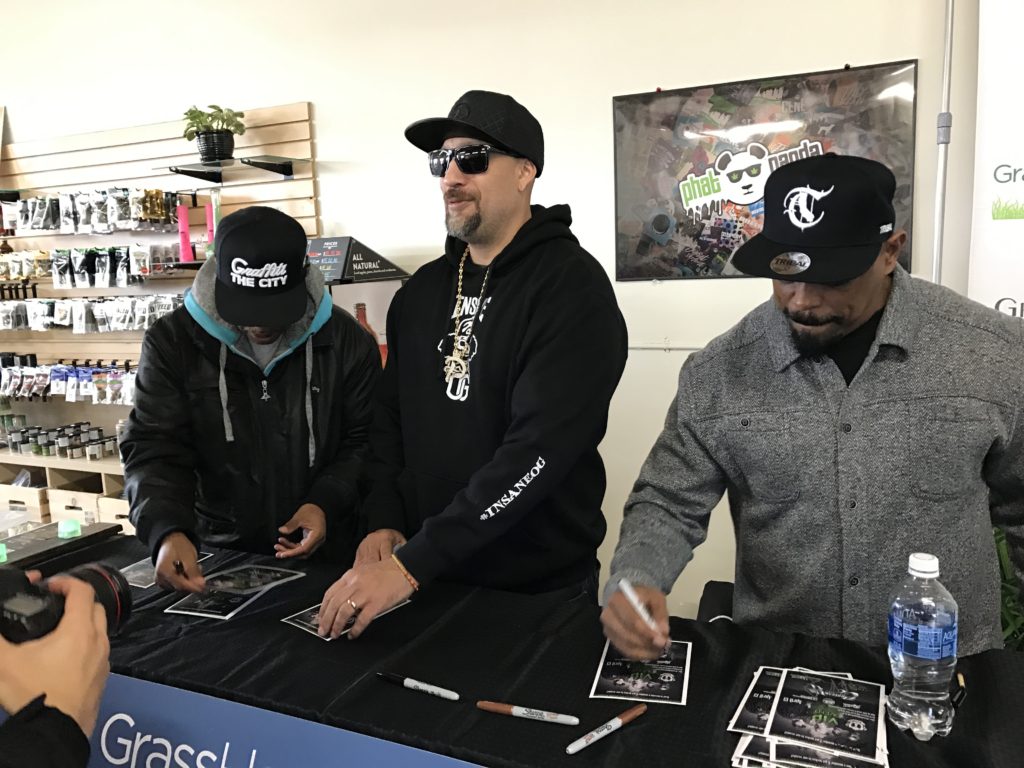 To celebrate the launch of the Mount Kushmore tour, headlined by legendary performing artist Snoop Dog, platinum and multi- platinum hip-hop artists Cypress Hill participated in a whirlwind tour of Washington’s recreational marijuana scene. The band, the first Latin American group to achieve sales of 18 million albums worldwide, has been a consistent and vocal advocate on marijuana legalization issues since they emerged in the national spotlight in the early 1990s.

Since July 2014, pot shops in Washington have sold over $1 billion worth of non-medicinal marijuana, generating more than $250 million of tax revenues for Washington state through excise taxes. Serial entrepreneur Heidi Arsenault, CEO of GrassHopperHub, a cannabis purchasing platform technology, lead band members on a tour of the area on the Cannabus, a private chartered shuttle where passengers can toke on the road. The event brought the musicians together for a mix of business and pleasure with marijuana industry representatives from local growers including Reefer, OG Farms, and Prohibition Brands.

Departing at high noon, the band took a moment to speak to Northwest Music Scene and Dope Magazine at Green Lady Marijuana in Lynnwood.

ZH: Welcome guys, how’s it feel to be in Seattle?

Sen Dog: Awesome, glad to be back up here, my first time since it’s fully cool and green ya know, so I’m enjoying it, and enjoying being here today

ZH: When’s the last time you were in Seattle?

ZH: Ok, so you’ve been back since weed was legal?

B-Real: Yeah, well not on a 420 though! We haven’t done a 420 show here in Seattle or Washington for that matter… so it’s our first time being in the state around 420 but you know, hey, we’re here and we love it. It’s always been a cool place for us to come. We were comin’ over here back when they were doing Drop in the Park with Pearl Jam, way back.

ZH: Nice. How does Seattle or Washington compare in terms of weed culture?

Sen Dog: I think Seattle compares very well. Still West Coast you know [laughs] so we still got that good quality up and down from north to south. Seattle’s definitely representing to the fullest just like we expected it to. We’re glad to have a city like Seattle and the whole state of Washington join the fight in the big way that they did. I would say Seattle’s got some good weed man!

ZH: Yeah, Seattle’s on top of their game. In terms of weed and music, how is weed part of your writing or musical process?

B-Real: I don’t think it was ever part of our process, it was just something we enjoyed, and something we did anyway. We never really leaned on it for creativity or inspiration, we indeed talked about it but it was just part of our everyday get-down. So it wasn’t some “special power” for us, we were creative regardless, it was just something we did either to relax or chill or just to do whatever. It’s been a part of our daily lives for the last I don’t know how many years, it’s went on before we were even making music. To see its progression and how other musicians have talked about it and put in the forefront of their sh*t, it’s great to be a part of that and see it. Now they’re doing 420 events! It’s a great thing man. The progression, and the movement evolving is great.

ZH: Is there any particular message you had for the weed piece of the tour here?

Sen Dog: Thank you very much for fighting the good fight and standing what you believe in, and making your votes and opinions count. It’s the only way we’re gonna move forward with this. All the cities and all the states that have taken part of this, it takes a lotta balls, so, congratulations. Stand up for your rights.