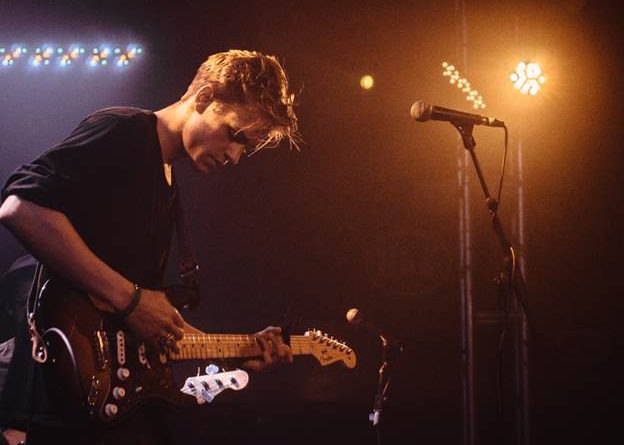 Corey Harper is a Portland musician, who at 21 years old is just starting to come in to his own musically. His music is a sort of an energetic folk rock, and while he’s clearly influenced by the iconic musicians that he grew up listening to, he has his own sound.  Harper has been fortunate enough to open shows for Seattle’s Allen Stone and also Justin Beiber, which no doubt has helped with his ascent. He’ll be playing a few shows in the northwest soon and we recently got a chance to ask him a few questions.

NWMS: How did the music thing start?

Corey: I was born in St. Louis, Missouri and that is where I picked up my influence on music at a young age. My family was very musical, I actually was given my first guitar from my uncle. My parents grew up in the 60s-70s, so I was listening to a lot of folk and singer/songwriter driven rock, so was lucky to grow up on good bands. Then I moved to Eugene and going to school there helped me learn how to find an ear for music and play guitar. That is where if found the original love and passion for what I’m doing now.

Was guitar your first instrument growing up?

Corey: I grew up playing multiple instruments, first the drums and then returning to the guitar around 13, listening to Jimi Hendrix and John Mayer. I wanted to master the guitar and the singing part came later on in college when I was inspired to write about situations I had been through at that time that I wanted to express.

So it sounds like you focused on the guitar early on and the singing/songwriting came later in college?

Corey: Exactly, I played a lot in my teens but the singing came later and the songwriting followed after that. I think it was great to learn the craft first and then moving on to the rest later. I would actually drive back and forth between work and practice singing in my car finding my voice each day.

Would you say that a lot of your influence was from the 60s-70s era then?

Corey: Early on in my life I would say that for sure and a lot of people tell me that they hear a lot of that in my music. My folks listened to Bob Dylan, Jimi Hendrix, Neil Young who were influences and then I discovered John Mayer, Dave Matthews Band, Ben Howard and a variety of early 2000s singer/songwriters. I do enjoy all types of music and I believe that shows in my own writing at the moment.

Are you currently working on a full length?

Corey: I just wrapped up on this EP that is coming out November 18th called On the Run. It outlines my journey about moving out to California and starting on my own. I am working on a lot of music just not sure if I’ll release another EP first and then a full length or just the full length. I’m constantly writing and coming up with new ideas and new ways to sing. I’m excited to get people familiar with the music.

Is this the first tour you’ve been on?

Corey: This is the first organized tour I’ve been on which starts in Los Angeles and will travel through the West Coast.

What are you looking the most forward to?

Corey: I’m anxious to be on the road as a solo performer because I’ve never done that before. I have a whole band with me and I’m excited to play my music live. I’m excited to play my hometown Portland in a venue I’ve been wanting to play for a long time, which I drew a lot of my inspiration to do what I do now.

Sounds like you had a dream of what you wanted to accomplish and now that it seems you have it in your reach you are being inspired to grow and do more.

Corey: I’ve always envisioned playing for people even when I first started to play the guitar and now I can do it.

What is one thing you are bringing with you that you need on tour?

Corey: Obviously my guitar (laughs), and a lot of my friends that I’m so happy to share this journey with. It is so rewarding to share this with people I’ve known and feel comfortable with. Working for us is having fun and I get to have people I value with me.

What are your plans for the next year/spring?

Watch the video for “Beneath” below and you can catch Corey Harper in Seattle at The Crocodile on November 18 and in Portland at Mississippi Studios on November 20. You can also find more info on Corey at his website.