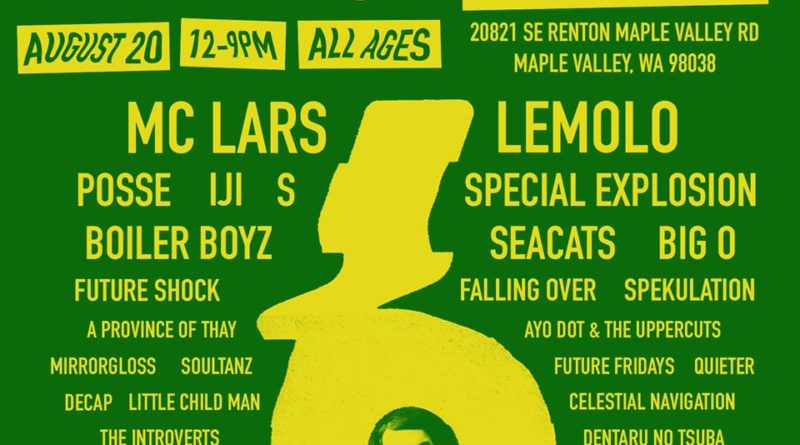 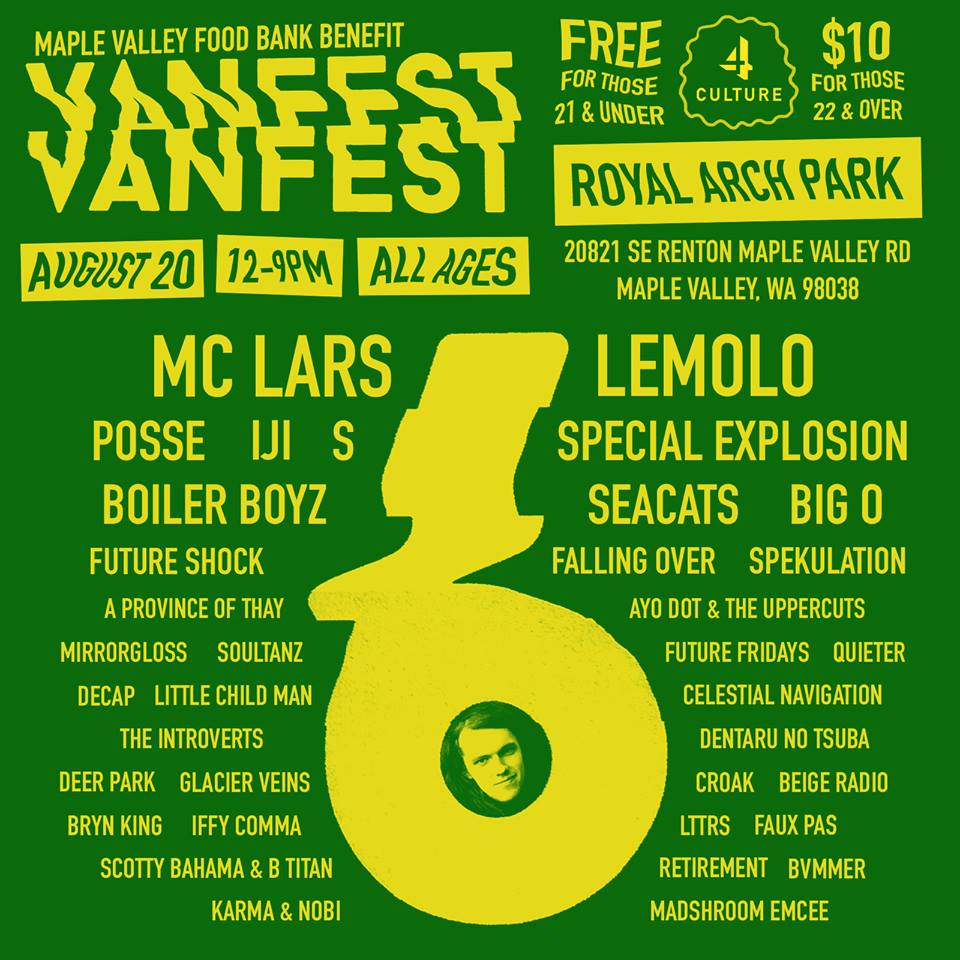 For the sixth year in a row, DIY festival VanFest will turn a small park in Maple Valley, WA into a great venue space, as it brings hundreds of passionate musicians and music fans alike together for a long day of great local music. Last year’s lineup boasted an intense lineup with the likes of Naomi Punk, Fauna Shade, and indie darling Car Seat Headrest (who’s made quite the explosion in popularity since his VanFest performance). Now, a lot of these acts you can usually catch at more traditional annual music festivals around these parts, but it’s the unique setting and environment of VanFest that gives it its charm.

This year, event organizer Van Wolfe has gone the extra mile in curating a diverse and exciting music lineup, with some established favorites, as well as some more obscure up-and-comers. Oakland rapper MC Lars was among the more surprising names to find on this year’s lineup, and throw in local headliners Lemolo, S, Posse, iji, and more, and you have a pretty special array of acts to all be performing on one bill. Other favorites, including Seacats and Falling Over, will also be returning to VanFest.

Want even more enticement? It’s been revealed that for the first time ever, VanFest will be completely free to folks 21 and under, with adult tickets being priced at just $10. VanFest puts a huge emphasis on the younger music fans of the northwest, frequently booking bands featuring younger members, and now making the event itself way more accessible to its younger attendees.

Wolfe has expressed much excitement for the festival’s sixth annual iteration. He tells us, “I’m super proud to bring one of the strongest VanFest lineups yet this year. The addition of free entry for people 21 and under means that even more people will have access to this amazing group of bands. I couldn’t be more excited to make it happen for the community.”

More information about VanFest can be found at vanfestnw.org. Tickets will be available on-site.