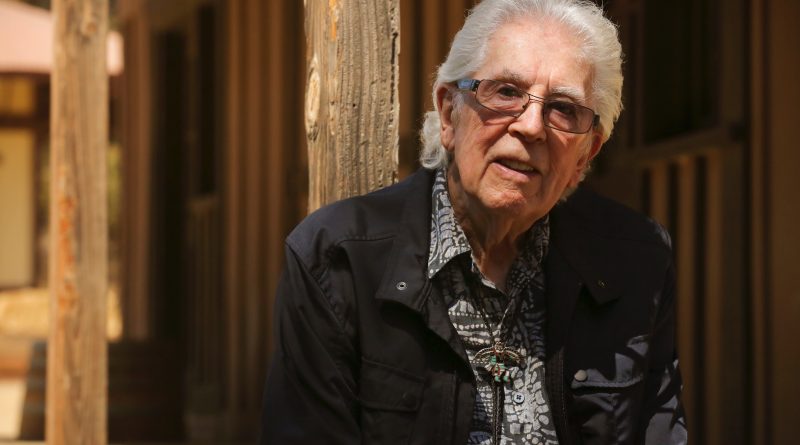 John Mayall allegedly lived up a tree for a year.  The truth, as he relates perfectly calmly, is a bit stranger.

“I had a tree house,” recalls the English blues master, freshly-returned from a trip to Russia, “when I was a teenager, right up to the time I got married, when I was thirty.  We lived in a small house, so, my room was up a tree.”

Russia was the band’s latest stand, but Mayall, still sounding spry down the telephone line at 85, admits,  “We don’t spend any time anywhere unless we’re working.  All our shows are one-night stands, basically.”

The foursome will spend four days, at least, in one place:  Jazz Alley, Thursday June 13th to Sunday, June 16th. In addition to Mayall himself on vocals, keys, and harmonica, they’re made up of bassist Greg Rzab, drummer Jay Davenport, and Mayall’s first-ever female sideperson, guitarist Carolyn Wonderland, who bucked her way up from two guest spots on the new album, Nobody Told Me (the cover showing Mayall, possibly homesick, leaning on a tree) to a permanent slot. To the extent, that is, that anybody’s permanent in Mayall’s band.

Mayall’s been expounding on the blues full-time since 1963, the year he turned thirty; and the bandmates on his payroll have included, but certainly are not limited to:  Eric Clapton, Peter Green, Mick Taylor, Harvey Mandel, Jack Bruce, John McVie, Mick Fleetwood, Aynsley Dunbar, Don “Sugarcane” Harris, and Andy Fraser. (And the list could go on.) Mayall, though, doesn’t much like being stuck in time—though he cooperated recently with the release of some archival material featuring Green, McVie, and Fleetwood, all of whom would go on to form Fleetwood Mac.

Lifeson, I remark, isn’t known for blues music.  Mayall counters that he simply put the word around, that anyone he appreciated was welcome to do a guest shot; and Lifeson was one of the folks who rang in.

“The people who came forward,” elaborates the bandleader, “were not necessarily known as blues players, but it just shows that as part of their background, early days, blues has been an important part of their lives.”

And with that, he’s cordially off the line and down the road.