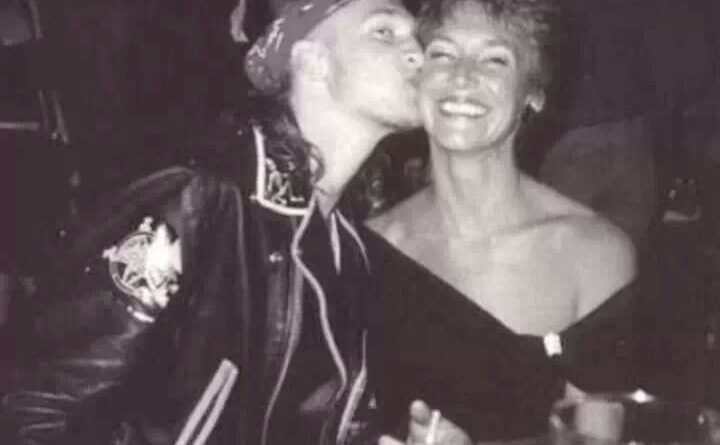 Mothers aren’t supposed to bury their children, but that’s exactly what Nancy McCallum did fifteen years ago. Her son passed on, following an intense battle with drug addiction that chipped away at his health until he lost the strength to keep fighting.

When Nancy’s son passed on, she began receiving letters and emails from people around the world; emotional messages sharing how her son had influenced their lives; heartbreaking missives outlining their own or a loved one’s struggle with drug addiction. She’s answered each and every one of them, not because of how her son passed on, but because of how much he’d impacted people while alive.

Now that you know his name, I can see you nodding sagely. You’ve read all about this young man’s troubles with substance abuse, even as you marvel at the raw emotion spilling out from his soul, in the form of music that connects with you on a visceral level.

Had he survived, Layne would be turning 50 years old this year. The band’s second album, Dirt, turns 25, and songs like “Rooster,” “Down in a Hole,” “Would,” and “Them Bones” are as relevant now as they were when the album came out in 1992. Tribute bands, including the stellar Seattle band, Jar of Flies, continue to keep Layne’s memory alive, along with annual concerts that bring fans from all over to celebrate his legacy, even as they mourn a life cut short.

Layne’s legacy, through his mother’s eyes: 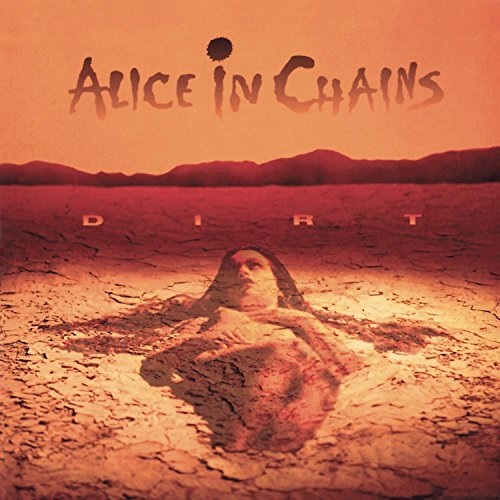 Singing since birth:
“Layne was my first child and I was just 19 (when he was born). When he was in the delivery process and he could see all the bright lights, you could hear him cooing, which is kind of unusual, because babies usually were screaming. Then they propped me up and laid Layne in my arms. He was watching the lights and his little mouth was in an O and he was cooing. And I looked down and said, ‘Hi Layne, I’m your mom.’ I think it’s unusual that he was that natural from the very moment he was born.”

As a child:
“Layne was quiet. That was his nature. He was a child with a very long attention span. He was also very sweet and very shy. He loved music, and by (age) two, his first very favorite song was ‘Raindrops Keep Falling on my Head.’ It was so totally adorable to hear him singing that in the back seat of the car, because he really didn’t know the words (laughs).”

“As he got older, he wrote down in his Dr. Seuss book, ‘All About Me,’ that he wanted to be a singer. He was nine when he wrote that, and I thought, ‘Well, every kid wants to be noticed, like a fireman or policeman, or a singer or an actor. So, I didn’t take that much note of it, because we all sang around the house and acted very silly. He was hysterical. He was one of the funniest people. My mother was like that, too.”

Early music:
“First of all, he was in rhythm band. Mrs. Graham had a little rhythm band in Bellevue and he was really too young to join (he was 2 or 3), but he loved music so much, I thought he would enjoy it so I said to her, ‘Just let him come a couple of times and see how he does.’ He did just fine. He was the youngest in the group and he did just fine, so she let him stay.”

He saved the family once, as a child:
“We were crossing the pass, moving to Spokane. It was hot, very hot, and I started hearing him sing a song from Sunday school, and I thought to myself, ‘I should pay attention,’ and I pulled over. And it turned out, our car was overheating. He was intuitive.”

Early bands:
“In 5th grade, he borrowed his Uncle Bob’s trumpet, so that was his first instrument. Then, our family friend Fred loaned him a drum set, and he loved the drums. He wasn’t really into the trumpet but the drums he loved. And then, our neighbor sold him a drum set and he changed his middle name to Thomas, because he admired Tommy Lee (Motley Crue).”

“There was a little band in high school and I have to laugh because I didn’t even know. It kept changing members and houses. I don’t think we ever realized that in their minds, it was a band (laughs). Then, his step-brother Ken came to the house one day and said, ‘Hey, some of my friends are looking for a singer,’ and Layne said, ‘I’m not a singer,’ and Ken said, ‘Oh, just go try it out anyway.’  Ken drove him over and he tried out with a band called Sleze. They had a lot of people signed up and (Layne) was the 7th one to be interviewed and they said, ‘Shut down the auditions. We’ve found our singer.’ That’s the story as I heard it.”

“So, he was in Sleze for a while, then they became Alice ‘N Chains. Layne did some backing vocals with other bands. The Seattle scene was very tight, and these kids all helped each other out, singing in the background. It was very much of a brotherhood; a fraternity.”

Becoming Alice In Chains:
“He met Jerry (Cantrell) and Jerry was in Diamond Lie for a bit. Layne realized he couldn’t sing in Diamond Lie and Alice ‘N Chains because he just couldn’t do both. Alice ‘N Chains became Second Coming, so it wasn’t a conflict of interest when he ran it by the guys to use the name Alice in Chains. So, he and Jerry and Sean and Mike, eventually, they became Alice in Chains, AIC.”

When she realized her son and his music had gone global:
“I just assumed it was sort of a lark. These things don’t last. I didn’t take it really seriously, and I apologized to Layne for that, because I know how hard he was working and traveling and trying to get rested, and the crazy lifestyle. He was naughty, like the other guys and gals. But I had raised a child to be good and kind, and I assumed that he could hold onto that, even in this crazy environment, and that it wouldn’t last. I’m sorry that I was so naive. But, in a way, I’m really glad that when he came home, it was chocolate chip cookies and meat loaf, and family time, and teasing his sisters. I didn’t inquire as to, ‘What was it like?’ or ‘Who did you meet?’ It was just a world that was so foreign to me. Plus, he got enough of those questions. He said that some of their answers to journalists were just made up, in order to tease them, because they all ask the same questions and it got really boring.” In retrospect, I am unbelievably proud of Layne.”

About Alice in Chains’ continued relevancy:
“I would say Alice in Chains is even more relevant now, given the opioid crisis across our country. The purpose of the music – Layne would say, ‘Mom, don’t they listen to the words?’ The purpose of his music was to warn people. ‘This is a trap, and it’s a trap that even I can’t get out of,’ he tried to warn people. With all of his money and all of his fortune and fame. He was in treatment ten times. He died at least five times, that we know of. He was dropped off at a hospital. He had infections. And he was still writing. He was still warning people. He was still performing.”

About tribute concerts honoring Layne’s memory:
“The first year we were at the Crocodile, it felt like a choir, because people were singing along and it was so beautiful. They called it Grunge Church, with Pastor Layne presiding. It was thrilling.”

“This will be the 15th year and 16th tribute (concert). Not only are the community and the fans worldwide honoring Layne, but through our family, we are honoring them. They have lifted us up and kept us from dive-bombing for fifteen years, and I still hear from new people. I answered a letter two nights ago from a mother who’s been a nurse for 26 years. She had a horrible back injury in 2005 and she got addicted to opioids. She’s got four children and she said it was the worst thing that could happen to her – to become addicted and have to go through not just treatment, but actually not using.”

About making herself available to fans and families struggling with the stress of opioid addiction:
“I’ve answered thousands of emails and letters because people deserve that. That is my nature and that was my mother’s nature, too. How long will I be on this earth? I can do this. Young people – they deserve it. They ask me because, who else are they going to ask?”

“I don’t understand addiction, but my thought is, ‘I believe you. I believe your story.’ A typical story is a young man whose parents are quite a lot older than he is. They were in their 60’s and he was in his teens when he started writing. They couldn’t conceive of this. He was in a small town where they didn’t have help. Everything was working against him. So, they send me letters and they send pictures. The least I can do (is to respond). Someone else may not see it that way at all and that is perfectly fine. This is my journey and I thank my son for the opportunity to grow spiritually and be much more understanding of other people; much more compassionate.”

On recalling a recent conversation with a high school friend of Layne’s:
“He went to high school as Layne Elmer (his stepdad’s last name) and friends from high school who didn’t follow his career said, ‘Layne Elmer was Layne Staley? He was the quietest kid in our class!’ I said to his friend Calvin, ‘I guess the stage gave him permission to belt out all the feelings we have.’ and he said, ‘Nancy, he did it for us all.’”

On Saturday, August 19th, Seattle’s music community will be joined by fans from around the world for Layne Staley Tribute 2017 at The Moore Theatre. The concert will be hosted by renowned Alice in Chains tribute band Jar of Flies, and feature a who’s who of Seattle’s finest rock musicians. (Doors open at 7:00 p.m. and make sure you buy tickets in advance.) This show benefits the Layne Staley Memorial Fund. Through Therapeutic Health Services, the fund provides hope, education, support, and treatment funds for heroin recovery in the Seattle music community. Click here for more information.

The preceding evening (Friday, August 18th), a concert at The Crocodile will celebrate Seattle’s music scene, with special tributes to Layne, Mother Love Bone singer Andrew Wood, who died in 1990, and Soundgarden frontman Chris Cornell, who passed away last month while on tour in Detroit, and others. (7:00 p.m. 2200 Second Ave., Seattle 98121)

The weekend will get off to an early start on Thursday, August 17th, with a gathering at the Seattle Center’s International Fountain at 7:00 pm.