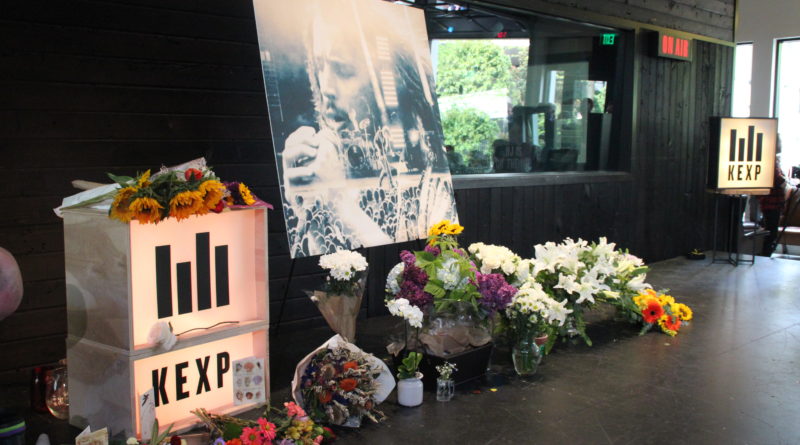 Today would have been Chris Cornell‘s 53rd birthday. Since news hit of his death in May, there’s been an outpouring of love for Cornell and his music. From Soundgarden and Temple of the Dog to Audioslave and his prolific solo career, he gave generations of fans music to adopt as their own. He gave us songs to blow out our speakers and songs for quiet reflection. Whatever the sound he was experimenting with at the time, his voice outshined it all. On his birthday, KEXP is celebrating some of the wonderful gifts he gave us.

At 4:00 PM PT on The Afternoon Show on KEXP, DJ Kevin Cole will be airing an alternate version of the set list from Soundgarden’s last show in Detroit.

As Matt Cameron shared with KEXP:

“I wanted to share the last set list I wrote for Soundgarden on that fateful night in Detroit, May 17, 2017. Chris and I were trading off writing sets for our last tour. Back in the day, Chris wrote all sets, but since 2010, I was writing more than I ever had and enjoying it tremendously. Whenever I completed a set, I sent it to Chris first for approval. For the Detroit show, Chris decided to write the set and that’s what we ended up playing that night. To commemorate his birthday, I was hoping KEXP could play my set list. Thank you for years of support. I share this with you, our favorite hometown station.”

How to listen: Stream worldwide at KEXP.ORG, listen in Seattle at 90.3 FM

KEXP is a nonprofit arts organization serving music lovers and artists through in-person, broadcast, and online programming. KEXP operates one of the most influential listener-supported music radio stations in the world, 90.3 KEXP-FM Seattle, with online and on-air service reaching over 200,000 global listeners each week. On KEXP’s YouTube channel, videos of exclusive live performances garner more than 2.1 million views per week. From their headquarters at Seattle Center, KEXP hosts community events and produces hundreds of live performances each year, many of which are open to public audiences at no charge. For more information, please visithttp://www.kexp.org/.