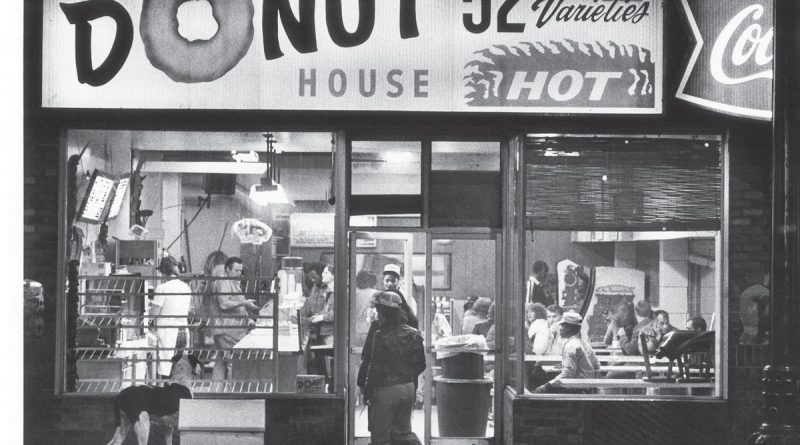 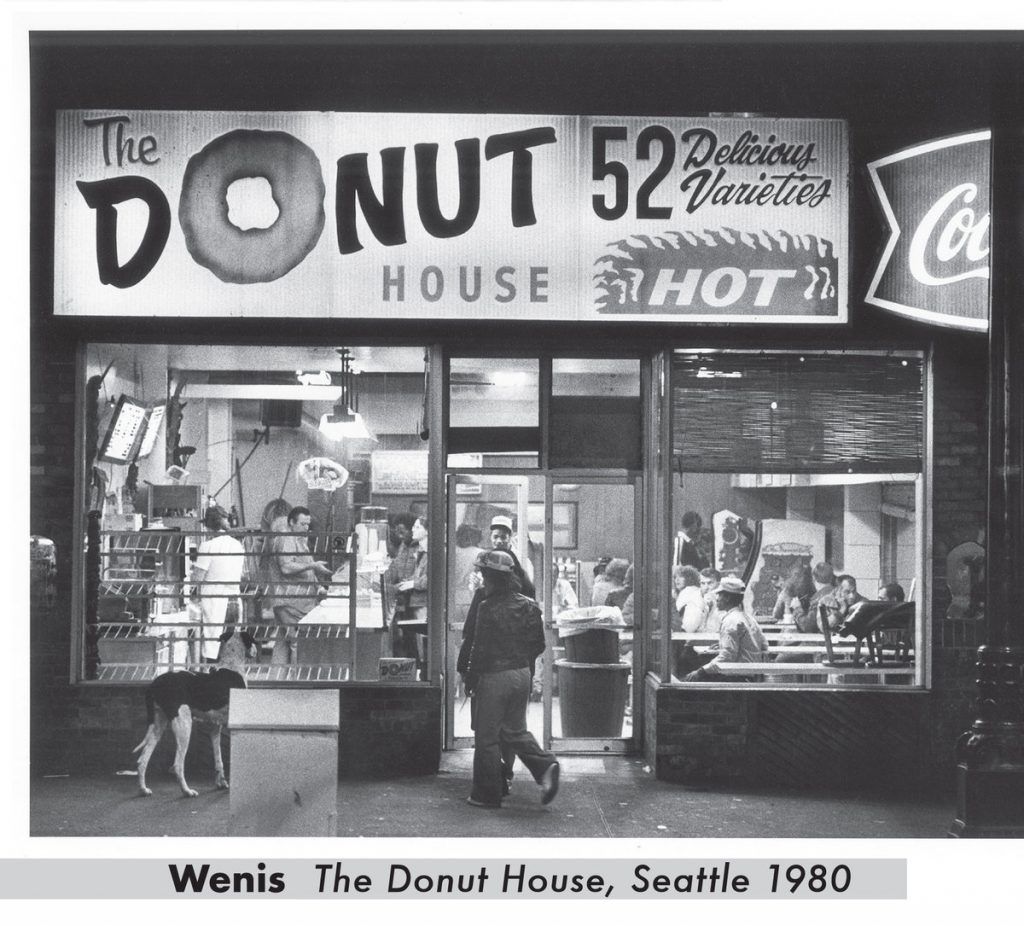 And so this CD arrived in my mailbox by a group I’d never heard of: Wenis. And no wonder! According to the promo material, their entire existence spanned a little over nine months in 1980 (end of March to the end of the year). “That’s kind of the way it was in Seattle 1980: lots of artists, music and ideas … punk rock energy that appeared out of nowhere and disappeared just as quickly,” guitarist/vocalist Al Bloch writes in the liner notes. In this case, Wenis appeared from the ashes of another local group, the Cheaters.

Wenis never released any recordings at the time, but The Donut House, Seattle 1980 captures those few occasions when they were in the vicinity of some kind of recording device. And the album’s title and cover further clue you in that this is Vintage Seattle Punk Rock; the legendary the Donut House (an establishment invariably described as “infamous” or “notorious” — go ahead and google it!) was a hangout much beloved of Seattle’s nascent punk rockers, and was located on First and Pike, back when the area hadn’t been gentrified out of its sleaziness.

But Seattle punkers weren’t as gnarly and aggressive as those you’d find on the East Coast, or even in L.A., as evidenced by “It’s Misunderstood,” from the band’s very first show, on March 29, 1980 at the UCT Hall (which you old timers will remember was at Fifth and Aloha). This two-minute number reveals that Wenis had a decided pop edge, with a touch of melodicism striving to extricate itself from underneath Bloch’s caterwauling vocals. A keyboard that can also be detected in the mix adds to the ‘60s vibe.

Wenis upped their game pretty quickly, as you can hear in the recordings they made at drummer Dave Shumate’s house (on a Tandberg 2-track) less than a month after that debut show. The instrumental mix is stronger, the arrangements are taut and punchy, and Bloch’s singing is actually understandable. His wavering vocal delivery makes his songs of angst rather sweet and touching; “You could save my life,” he begs in “Walking,” sounding like your jilted 16-year-old brother on Valentine’s Day. At least until he gets all huffy and insists he prefers solitude in the aptly named “Alone” (“I’m alone! It’s what I want!”).

The band sounds like they were really hitting their stride come September, when they recorded another couple of songs on a Teac 4-track. “17” is a perfect encapsulation of what it was like to be that age (all that determination, and frantic frustration), “Wait It Out” has a gloomy lyric matched to a bed of ringing guitars, while “Ear Pop” has a clever lyric (the popping ears referring to airplane travel), Bloch singing in a lower register, and keyboards the dominate sound. It’s the most sophisticated track on the album.

But, alas, Wenis was soon no to be more. Who know what they might’ve gone on to do? Bloch went on to do a few things, in Seattle groups like the Deans and the Bombardiers, then stepping up into higher profile acts like Concrete Blonde and Wool. Wenis would likely have remained less than a footnote in Seattle’s music history had the good folks at Green Monkey Records not decided that their tiny oeuvre was deserving of re-discovery, and wider release. The Donut House is a terrifically fun record of gleeful enthusiasm (even when the lyrics are sad), the joyful sound of a group of teenagers learning to play their instruments. Before they move on to doing something else.

(Check out The Donut House, Seattle 1980 below via Bandcamp and get more info about Wenis at the Green Monkey Records website HERE.)