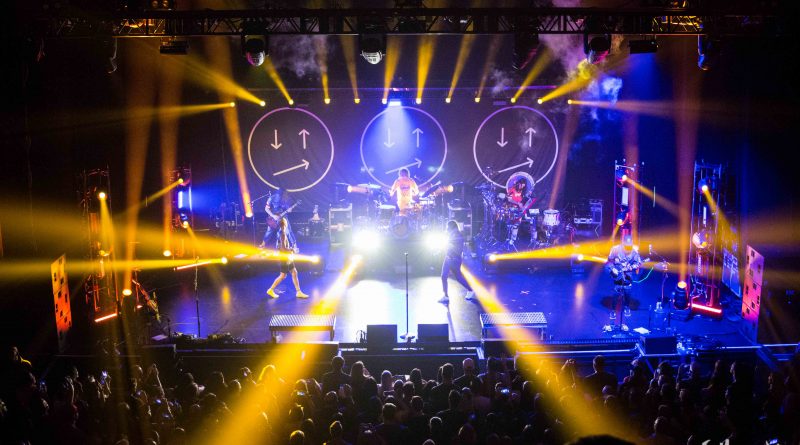 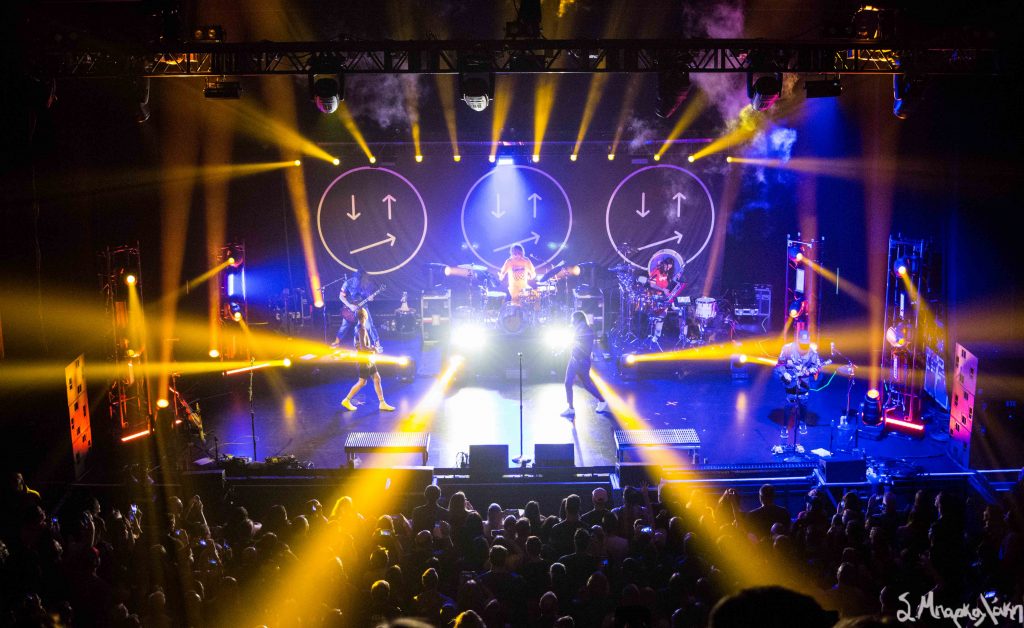 We had heard only good things about Judah & the Lion and we were excited to finally check them out at the Paramount Theatre. The band was formed in 2011 and has released three records and we caught them on tour supporting their latest, Pep Talk. Their openers, Flora Cash, are picking up a lot of attention with hit, “You’re Somebody Else,” from the EP, Press released this year. It was great to catch them play live and it’s a group that we’ll definitely come back for.

There was a quick turnaround and the space was finally ready to go for the main act as a large white curtain went up covering the stage. The lights turned off and the band took the stage kicking off with “Per Talk,” as the shadows formed behind the curtain, creating a unique view. It fell quickly soon after, as they appeared and excited fans cheered them on as they followed with “Quarter-Life Crisis,” and “Over My Head.” 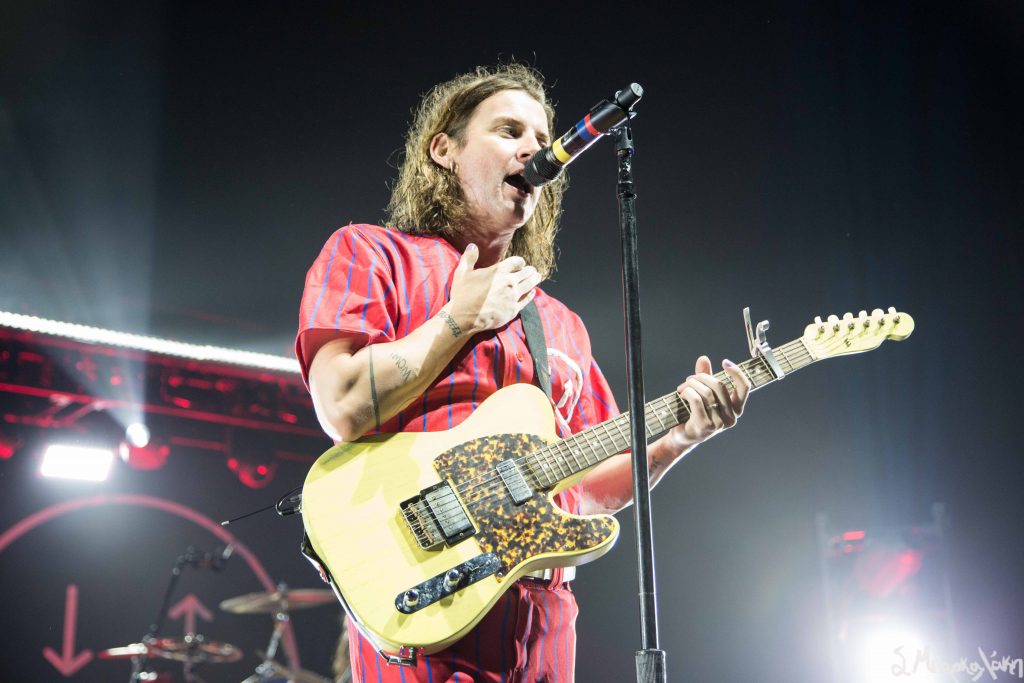 Lead singer/guitarist Judah Akers ran around the stage projecting high amounts of energy, setting the mood for the night. Brian Macdonald (mandolin, vocals), and Nate Zuercher (banjo, vocals) stood to his sides, following along as the uplifting songs made everyone move around. Their songs were perfectly matched by an impressive lighting design that was illuminating the space throughout the performance.

After a few songs they brought out Flora Cash and did a cover of Blink-182‘s “All the Small Things,” and you could hear the whole room singing along. For “Queen Songs/ human.” they played “Bohemian Rhapsody” as an outro and Akers did a great job covering the hard classic. That got the crowd even more immersed into the show as they followed with “Don’t Mess With My Mama.” Akers shared that his mom was actually there and shared a story from his childhood in Cookeville, Tennessee where they visited Dairy Queen and his brother dropped his ice cream on his lap after a sharp turn in the car. He was young and used a swear word and his mom asked him what he said and without wanting to get in trouble he yelled, “I said what you thought I said!” which became a lyric to his song. 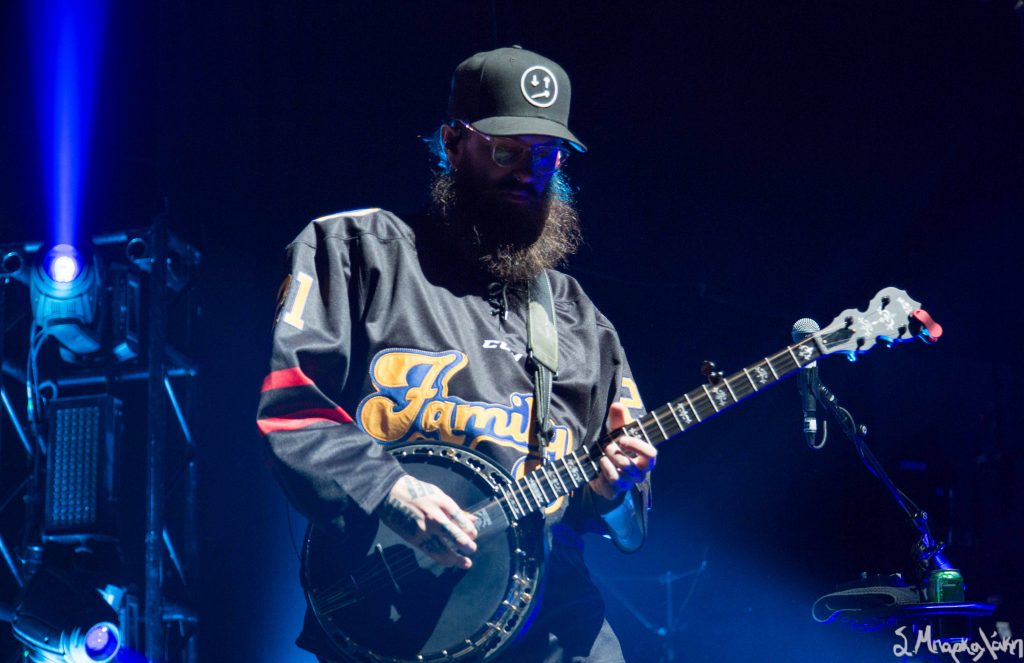 The band played the song from the duet with Kacey Musgraves, “pictures,” coming to the front afterwards, playing more stripped down version of Tom Petty’s “I Won’t Back Down.” It was so beautifully done that everyone was astounded by Aker’s soul and artistic touch going into it. The night ended with “Why Did You Run?” and “Take It All Back.” We were fascinated by the show, as it was a well-produced, well arranged set leaving us wanting more.