Make sure you are checking the #100Bands100Days hashtag on Twitter on a daily basis to stay on top of all the bands featured and be sure to follow Verity and NW_Music_Scene there. Some days the featured act could be an established and locally-adored northwest-based musician and other times they could be a band with a small following that just hasn’t had their deserved time in the spotlight yet. Either way, we’re fairly confident you can come away from this daily segment with plenty of new favorites. Today’s featured artist is The City Hall.

The City Hall was founded in Bellingham, WA by Casey Dunau and Luke Hogfoss, the two main songwriters and singers respectively from former Bellingham bands SoccerMom and The Palisades. They released their first EP, Home Cuts, in 2014 before moving to Seattle and settling into a new sound with 2016’s Y.R.S./Remission Cassingle. The band recorded Real Nice & Hurtful in 2017 (released February 2018) with Mike Davis (producer/engineer for Special Explosion, engineer for Modest Mouse) at Hall of Justice Studios, owned by Chris Walla (producer for Death Cab for Cutie, Tegan and Sara, Nada Surf.)

The City Hall creates music that is the sonic equivalent of throwing gushers, broken camcorders, and birthday tears into an ez-bake oven—in other words, sugary pop with a salty aftertaste.

Today’s featured band, The City Hall, has worked hard at refining their sound which includes gobs of bright and shiny guitar work and well crafted melodies. While there are plenty of upbeat moments on their 2018 release Real Nice & Hurtful, there are just as many somber moments throughout the release. The emotional undertone of the indie rock tunes that were included on Real Nice & Hurtful summon a feeling of introspection, even before digesting the lyrics. Check out the album on Bandcamp or on Spotify and we’re pretty sure you’ll be adding this band to your list of ones to keep an eye on in 2019. We did. 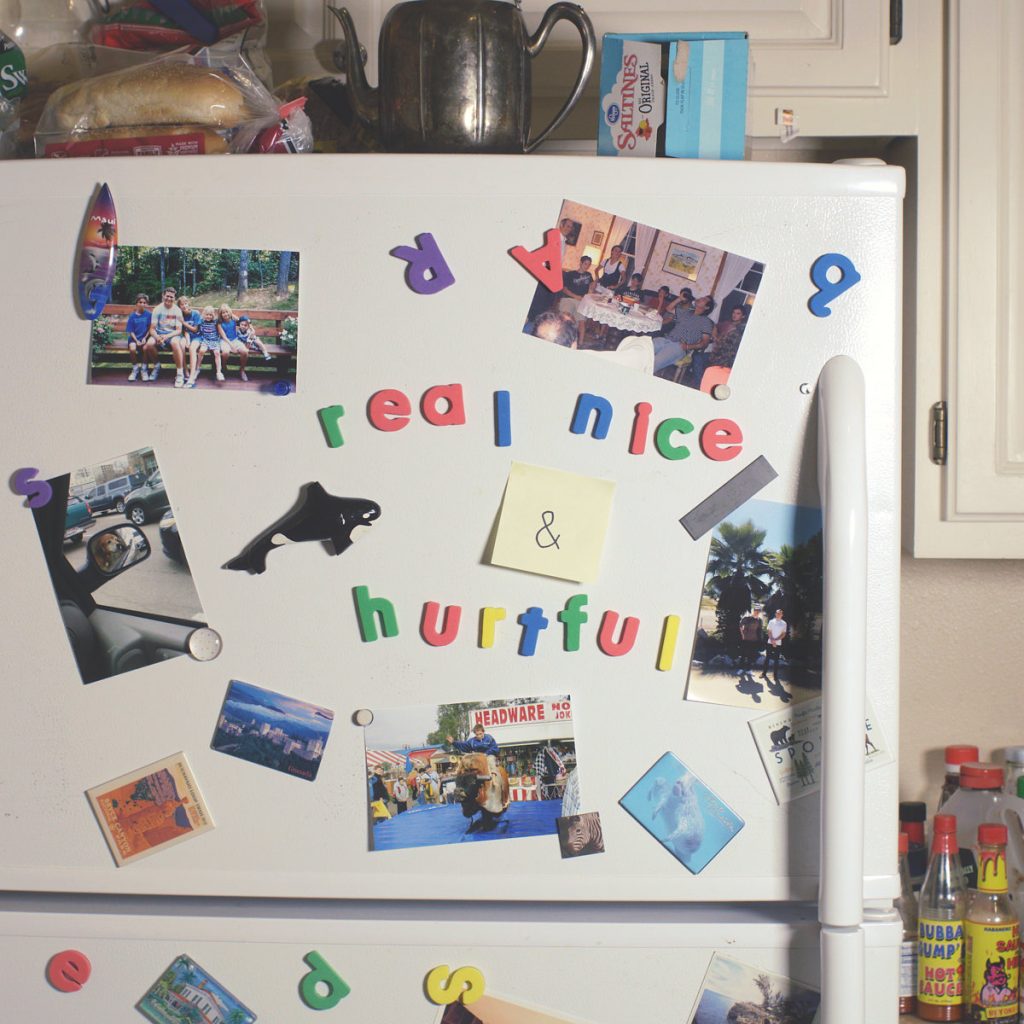