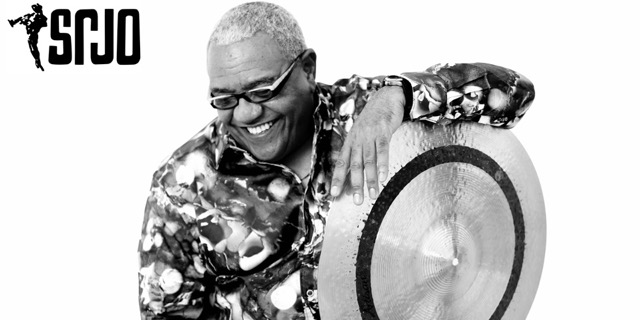 With the recent closing of Seattle’s decades-long venue for live jazz, Tula’s Restaurant & Nightclub, KNKX and Dimitriou’s Jazz Alley are partnering to provide a regular monthly venue for performances by our region’s top jazz musicians.

The SRJO’s extensive and growing repertoire is drawn from the 100-year history of jazz, from turn-of-the-20th century ragtime to turn-of-the-21st century avant-garde. This includes works by America’s most famous jazz composers, among them Fletcher Henderson, Charles Mingus, Gil Evans, Thelonious Monk, Dizzy Gillespie, Gerry Mulligan, Thad Jones, and of course, Count Basie and Duke Ellington. In addition, the SRJO’s repertoire grows each year as the ensemble adds previously unpublished works to its library.

Ignacio Berroa has been recognized as one of the greatest drummers of our times. He was honored by inclusion in the 2011 Mp3 compilation entitled “Jazz Drumming Legends” which features some of the most renowned drummers in Jazz history.

Born in Havana Cuba on July 8 1953, he began his musical education at age 11 at the National School of Arts and subsequently at Havana’s National Conservatory, beginning his professional career in 1970. By 1975 Ignacio had become Cuba’s most sought after drummer.

In 1980 he left his country during the Mariel boatlift and settled in New York City where he met the great Cuban musician Mario Bauza who introduced him to Dizzy Gillespie.

In August 1981 Gillespie invited Ignacio to join his quartet.

Ignacio Berroa also took part of all the important bands Gillespie assembled during that decade such as: The Dizzy Gillespie 70th Anniversary Big Band, The Dizzy Gillespie All Stars Big Band and the Grammy Award winner, United Nation Orchestra. This relation lasted until Dizzy’s death.

Jazz Legend Dizzy Gillespie best defined Ignacio as: “… the only Latin drummer in the world in the history of American music that intimately knows both worlds: his native Afro Cuban music as well as Jazz…”