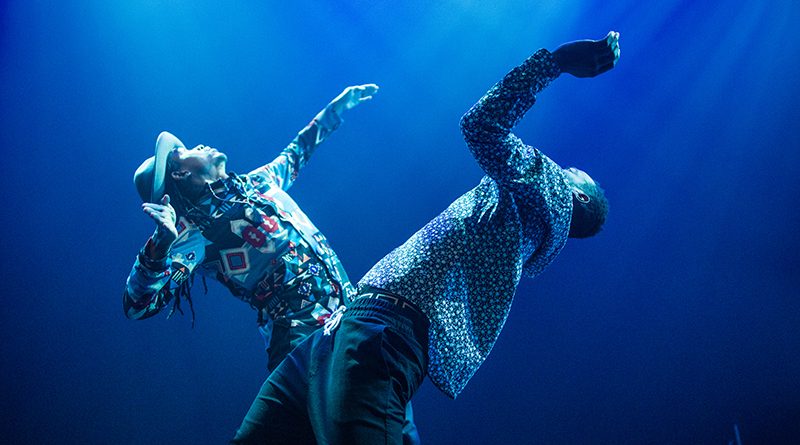 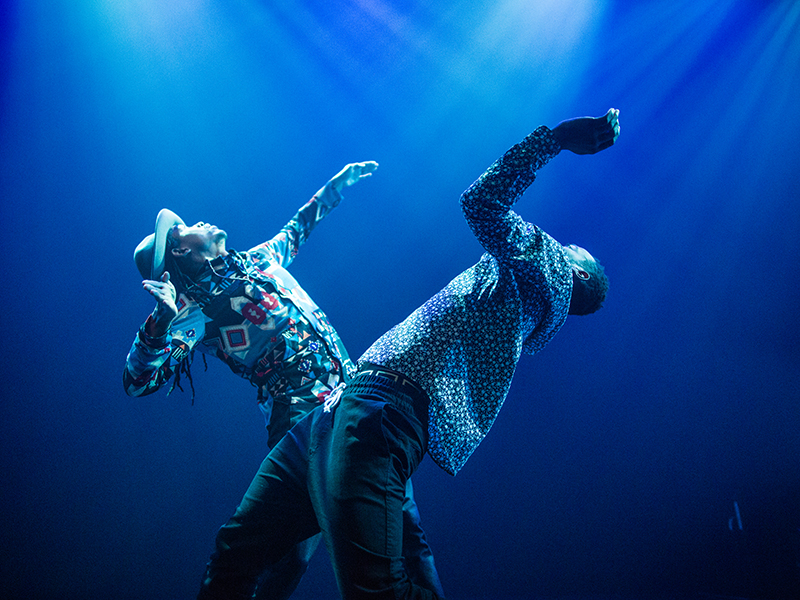 STG Presents Jon Boogz and Lil Buck (MAI) – Love Heals All Wounds at Cornish Playhouse at Seattle Center on Tuesday, November 19, 2019 as a part of our 2019-2020 performing arts season.

Love Heals All Wounds sheds an impassioned light on the social issues we face as a global community. On a daily basis, we are bombarded by a brutal 24-hour news cycle, relentless social media updates, and a slew of superficial comments that impose fabricated value on our lives. The constant wave of questioning and criticism has cast a wide shadow over real, everyday obstacles that have plagued our communities for decades. Movement Art Is (MAI) takes the audience on a journey delving past the headlines to explore the heartstrings of our shared consciousness. Focusing on the issues of climate change, mass incarceration, and immigration, Love Heals All Wounds comes to life through the intricate and urban choreography of Jon Boogz and Lil Buck, the stirring message of spoken word artist Robin Sanders, and an all-star cast of movement artists.

Movement Art Is (MAI), co-founded by Jon Boogz and Lil Buck, is an organization that uses movement artistry to inspire and change the world while elevating the artistic, educational, and social impact of dance. Through movement art films, workshops, performances, and exhibitions, MAI is resetting the spectrum of what dance is.

“We don’t believe dance is just entertainment. We believe dance is a tool to educate, a tool to empower. Our goal is not just to touch on socially conscious topics but to empower movement artists and dancers to say ‘we’re artists too.’ We want to be considered on that level of a Picasso or a Basquiat,” says Boogz. Lil Buck adds, “Things used to be like that. Fred Astaire and the Nicholas Brothers and Earl ‘Snakeships’ Tucker — it was a certain level of artistry, and their dancing was superior, and we don’t really have that anymore. Dancing has dropped to where it’s just background for an artist instead of dancers being at the forefront of their own artistry. We want to shift the mind-set of dancers.”

MAI’s award-winning short film Color of Reality directed by Jon Boogz, featuring the art of Alexa Meade and the movement artistry of MAI, went viral in fall of 2016. The film has gone to receive coverage internationally, won Great Big Story’s Art as Impact Award; Best Experimental at Toronto International Short Film Festival; and Concept Video of the Year from World of Dance, among others. MAI’s recent/upcoming projects include: a short film created in collaboration with DAIS entitled AM i A MAN (April 2017), a performance entitled Honor Thy Mother at TED Conference in Vancouver, a live rendition of Color of Reality at Aspen Ideas Festival (June 2017), and a VR collaboration with director Terrence Malick and Facebook launched at SxSW and Tribeca Film Festival in spring 2018. The duo recently choreographed for Hubbard Street Dance Chicago with music composed by Dev Hynes aka Blood Orange.