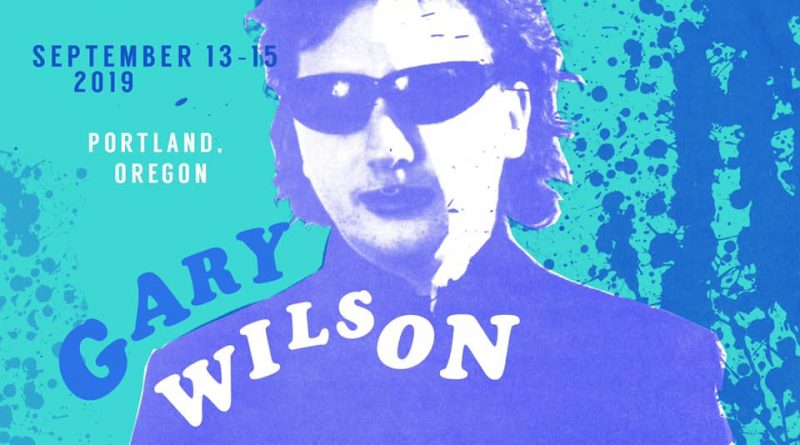 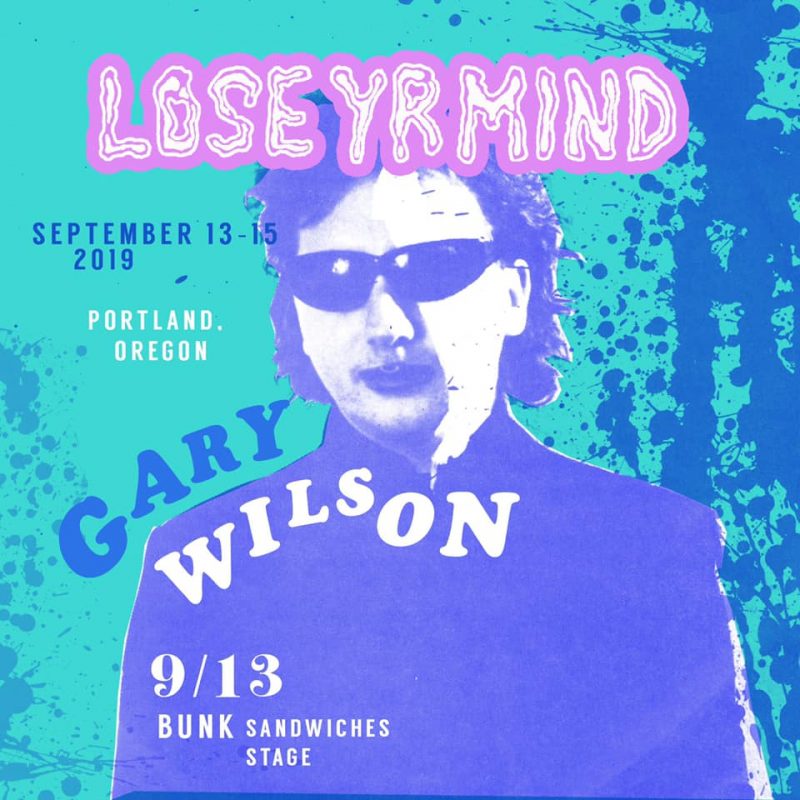 An apocalyptic rock preacher hiding sometimes behind his voyeuristic love-obsessed torment, Gary Wilson never fails to deliver wigs, masks, costumes, and chaos, including flour and paint (see below). Dig his prophecy, but consider wearing a rain slicker! The longtime San Diego resident plays rare gigs in Portland on Friday, September 13th, and Saturday, September 14th, as part of the Lose Yr Mind Fest (and rarely was a fellow more suited to a theme). He was kind enough to offer a few musings on where his mind might be at:

I’ve played Portland twice before. Can’t remember the venues but had a good time. It must have been 3 or 4 years ago. As I recall it was with my backup band from Austin (The Austin Blind Dates) and with fellow Stones Throw Records alumni James Pants. We did a west coast tour ending up in Seattle and Spokane. I remember they had a special meet and greet event for me which was fun too.

The last time I was [in Portland] it was on the eve of the marijuana legalization night. They were giving away free pot in the park. I remember having a good couple of slices of pizza which is my favorite food. Don’t remember where though. Hope to take in the beauty of Portland and Oregon

We recently returned from a cross country tour with the band Part Time. It exceeded my expectations as I performed in many cities I’ve never performed in. The people opened their hearts and their homes to me and the band.

The band and I usually stop in thrift stores and other outlets for clothing, props, etc. I used to bring things with me and still do to a degree. I would sometimes take a blow-up doll from a porn shop with me on the plane. The TSA would drag out the deflated doll and wonder what I was doing with it. In the early days sometimes I would go on stage with one shoe. That caused a stir with TSA agents as they wondered why I only had one shoe stuffed in my suitcase. They couldn’t figure that one out.

Actually the shows have become wilder with a band pile up on my song “Gary Saw Linda Kissing Frank Roma” but now it ends up with me accusing one of my backup players of kissing Linda. I have the band jump in and we punish (usually the keyboard player), the accused member of my band of betraying me.

We did a show with Todd Rundgren last year and as we were finishing our set Todd’s manager started screaming in my ear over and over again “get off the stage”. We both had records out on Cleopatra. I guess we weirded out Todd. That was fun. Also at the Echoplex in LA a few years back, with Ariel Pink and Tame Impala. As we were in a bit of chaos they pulled the plug on us. The bass player was pouring paint and flour on me as I lay on the floor screaming out my girlfriend’s name. The sound guy was yelling for us to stop the show but we didn’t, so he cut the power. Just like the old days.

I did two tours in Europe and they went well. Also shows in Canada and Mexico. I have many fans in Europe which is cool, so they know my music. I will be in San Francisco on October 15th at the Great American Music Hall with Shintaro Sakomoto. Also a West Coast tour with the band Part Time in February.