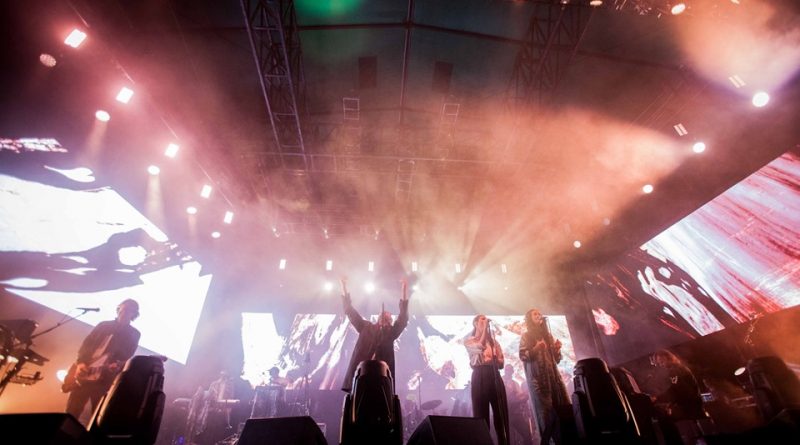 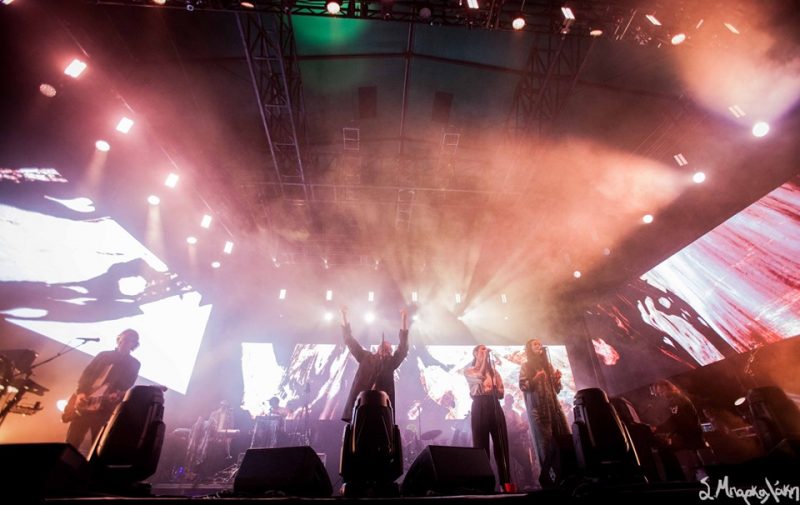 It was the perfect rainy summer afternoon to head to Marymoor Park for The National. The band was in town supporting their eighth album, I am Easy to Find, released back in May. The rain didn’t stop people from filling up the outdoor venue but many took cover under umbrellas and large trees to keep dry. The show started with Canadian rockers, Alvvays, who entertained the anticipating audience.

Shortly after eight the main act appeared on stage ready to put on a memorable night despite the weather. The band consisting of Matt Berninger (vocals), Aaron Dessner (guitar, piano, keyboards), Bryce Dessner (guitar, piano, keyboards), Scott Devendorf (bass) Bryan Devendorf (drums), three touring members, and two backup singers.  They opened with new tracks “You Had Your Soul With You,” “Quiet Light,” and “The Pull Of You,” as Berninger wearing a black trench coat and glasses warmed up for the night. 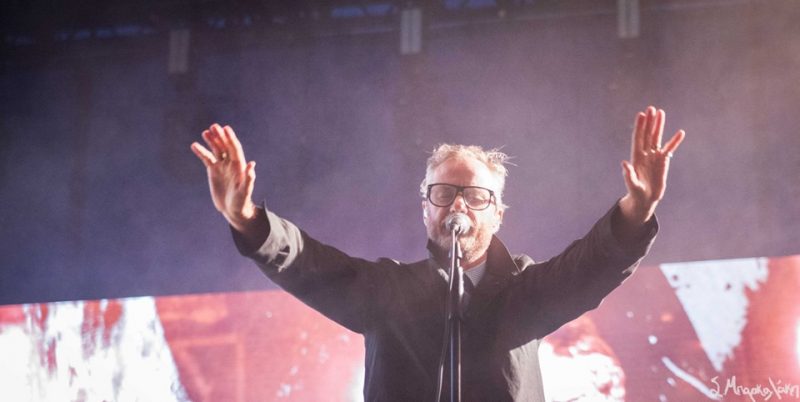 The misty rain set a perfect mood as we heard some of our favorite heartbreak tunes noticing Berninger’s glasses fill up with little raindrops as he stood in front of the stage. Their production was very similar to their spectacular Paramount show a couple of years ago which is always exciting to check out. The three huge video screens that dressed the two sides and background, displayed either words or video designs put together by Michael Brown, Zach Sternberg and Ben Krall who have created the perfect visual and lighting masterpiece.

The Dessner brothers were in the front putting on their own show as Berninger charmed the audience with his sad vocals. He was reaching out to them singing his pain, and by the end of the night the baritone singer had lost part of his voice as he switched altos for various songs. He dedicated “Don’t Swallow The Cap” to openers Alvvays as he thanked them and shared that the song is a reminder not to swallow the Sharpie cap as band members sign autographs for fans. 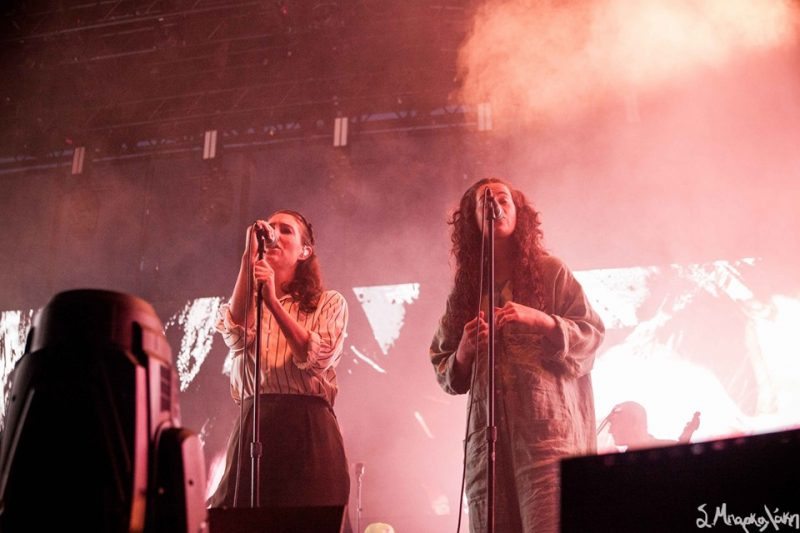 It was hard to take your eyes of the stage as the band put on a spectacular 23-song show as the rain came and went. After a while no one really cared about it, everyone was singing along and holding loved ones even closer. Before playing favorite, “I Need My Girl,” Berninger dedicated it to his sister Rachel who just turned 40. It was a beautiful rendition as you could hear an echo from people singing along. Watching Berninger’s movements on stage is just as thrilling as hearing his voice. Sometimes it feels like his hand movements and expressions could be their own separate performance.

We heard some of our other favorites, “The System Only Dreams In Total Darkness,” “Day I Die,” and set ender “Fake Empire.” They came back for their encore which included “Light Years,” “Mr. November,” “Terrible Love,” and “About Today.” Every time we catch the band perform live we like them even more and enjoy seeing their progression through the years. They not only bring a great set acoustically but also pair it with an enthusiastic lighting and video production. It’s a feast for both our eyes and ears that simply can’t be missed.