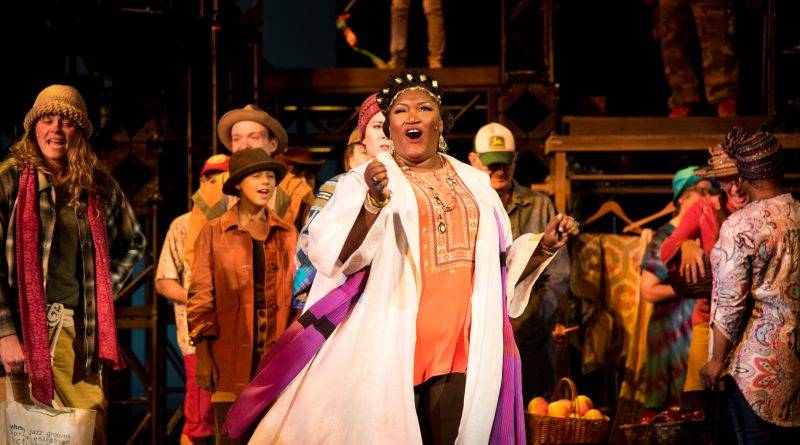 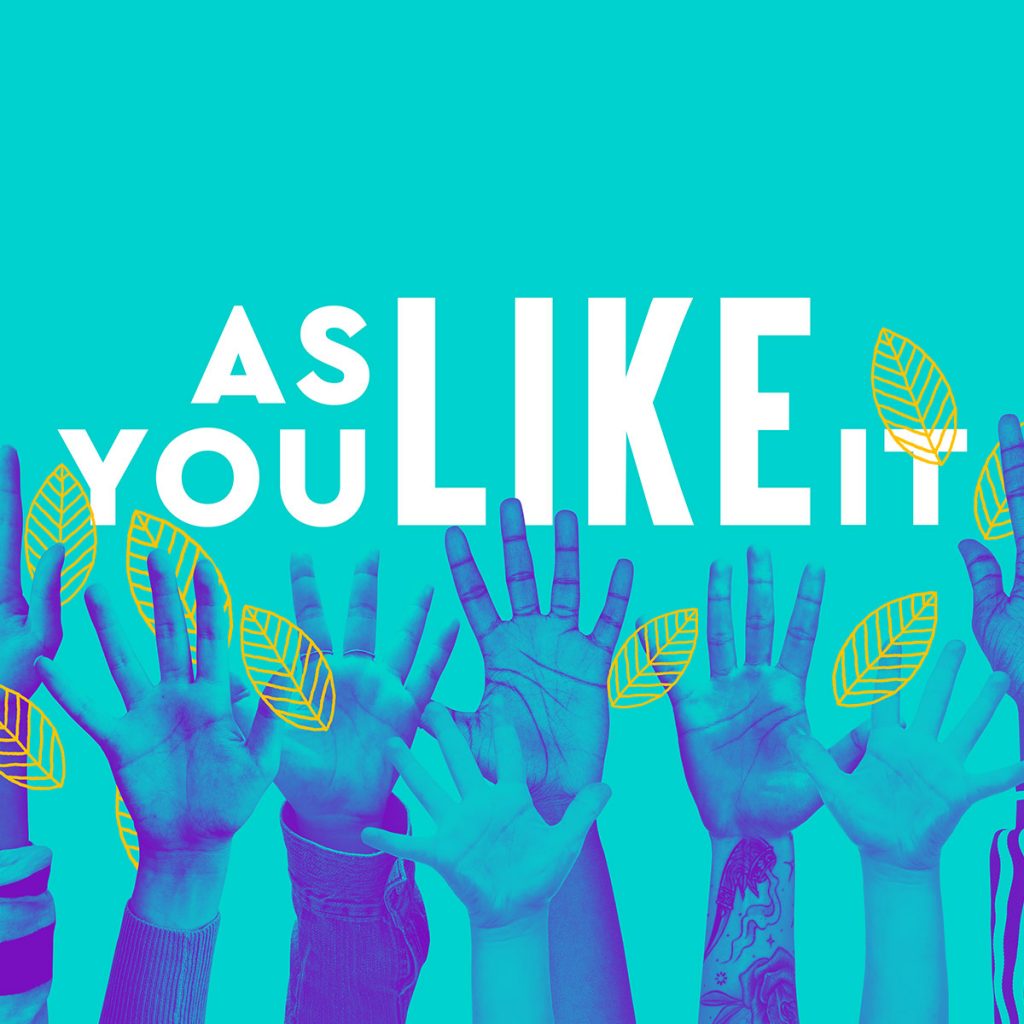 Shaina Taub and Laurie Woolery’s adaptation of As You Like It, which played at the Seattle Rep this past week as part of the theater’s Public Works program, gives the Bard a modern spin. There are gender swapped roles (male characters played by women, and vice versa). There’s a range of sexual preferences. There’s a pesky vegetarian, lecturing the local villagers on why it’s not right to eat those pretty deer. And oh yes, it’s also a musical (lyric and music by Taub).

The Public Works program is a means of getting local communities involved in the arts. Though the leads in this production are professional actors, the bulk of the enormous cast (somehow, choreographer Kathryn Van Meter managed to keep the stage from looking too stuffed during ensemble numbers) is drawn from Public Works’ classes and workshops. It made the experience rather like getting together to see what your friends and neighbors have been getting up to lately (think of the raucous production of The Magic Flute in the film version of Amadeus).

The plot hits the usual Shakespearean tropes: warring families, disguises, complicated love matches, and the all’s well/all is forgiven ending that’s common to his comedies. Shakespeare did some gender bending too; when the steadfast and practical Rosalind (Claudine Mboligikpelani Nako) is banished by the wicked Duke Frederick (Rikki Kjolso), she disguises herself as a man. But while Rosalind’s love is still the male Orlando (Christian Quinto), in this production the hyperactive male jester/personal assistant Touchstone (Eric Ankrim), pursues a male handyman, Andy (Seth Lifland), not a female shepherd, as in the original play, and while the female shepherd Phoebe (Faith Howes) is fervently wooed by another woman, Silvia (Maddi Chancey). It gets complicated (especially when Phoebe falls for Rosalind in her male guise, “Ganymede”), but not to worry, it all works out.

The songs are wonderfully varied in style (one complaint about the program; no song listing. Also, it would’ve been easier to figure out who’s who if the cast listing had been in the order of appearance, not by surname). Some songs adhere to the pleasant and tuneful Typical Musical Song standard; the kind of thing you might hear in a feature length Disney cartoon. It gets more interesting when the music menu is mixed up. The world beat rhythms of “In Arden” set the perfect tone for the hippie-esque, tie-dye clad realm of Arden (where all the banished folks flee to). Duke Frederick has a suitably Teutonic theme for each of his entrances (and it’s still stuck in my head). And then there’s the showstopper, when Orlando, who’s previously sung earnest songs like “The Man I’m Supposed to Be,” goes into full Boy Band mode in “Will U Be My Bride,” complete with backup dancers; the audience went wild.

There were some other fun modern touches as well. Like the colorful characters seen competing during a wrestling match (with a videographer on hand to film the action, seen projected on a screen above the stage). Or the unexpected appearance of a lion dancer (courtesy of LQ Lion Dance). The show was streamlined from five acts to a brisk 90 minutes; easily digestible Shakespeare. Best of all was the welcoming spirit, the sense of inclusion that made you feel you were a part of the show, even if you were just sitting in the audience. The opening and closing number draws upon one of Shakespeare’s most famous lines: “All the world’s a stage.” Indeed it is, and this Public Works production made that a world a little more vibrant.