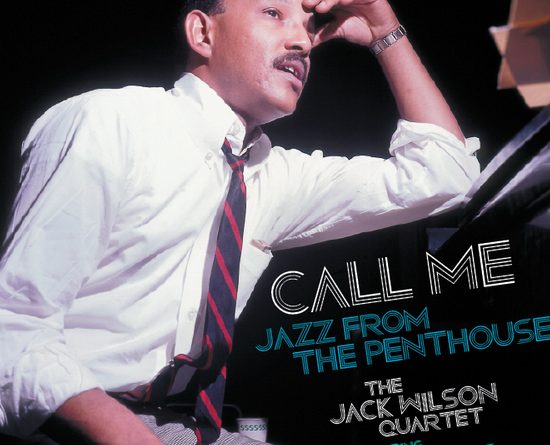 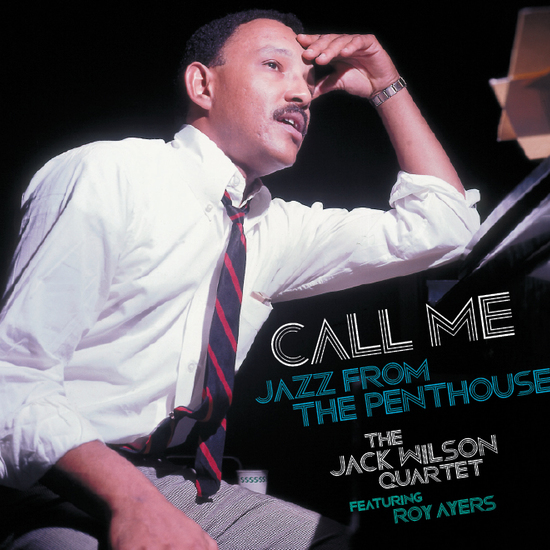 Call Me, an archival set from jazz pianist Jack Wilson (1936-2007), features the pianist playing Seattle’s Penthouse jazz club in the summer of 1966, with his quartet including vibraphonist Roy Ayers, bassist Buddy Woodson, and drummer Von Barlow.  It’s the latest in a series of releases dubbed “Jazz From The Penthouse,” administered by Kristian St. Clair at Century 67 productions; and derived, largely, from the live tapes recorded by longtime Seattle jazz fixture Jim Wilke. The two honchos were kind enough to take some questions.

NWMS:  Are you from Seattle? If not, where did you grow up and when did you arrive here?

Jim Wilke:  I grew up in Iowa, lived in California for a couple of years before arriving here in 1961.

NWMS:  How would you say Seattle has grown and changed, musically and otherwise, since you’ve been here?

Kristian St. Clair:  Outside of music it’s obviously changed tremendously, for better and for worse.  There’s obviously more attention paid to all things Seattle, including artists, so that exposure is good.

The rapid growth and income disparity is obviously not good, and Seattle still doesn’t do a good job of preserving its landmarks.  Why something like the Showbox Theater’s future existence is even in doubt is beyond me.

But I’ve seen lot of special venues torn down. I still remember the Music Hall Theater, which was bulldozed in the early 90’s and was a parking lot for over 15 years before being finally developed.  Also, the Pioneer Square building that The Penthouse club was in, has long since been demolished; and is now a parking garage.

Musically, I think there’s a bit more diversity, but that’s really always been the case here, if you cared to pay attention.  There’s definitely a strong sense of community among artists here, music and otherwise, that’s never changed, if anything it’s growing stronger in the face of rising cost of living here.

Jim Wilke:  The 1962 Seattle World’s Fair had a very significant impact as residents developed a taste for world class entertainment and the arts.  There was quite an explosion of interest in music, theatre, dance, opera, performing arts and visual arts in the ‘60s.

NWMS:  What would you say is special about Seattle’s jazz scene and the
city’s music in general?

Kristian St. Clair:  Seattle still has a robust jazz scene.  Outside of places like LA, Chicago, or New York, that’s something not to be taken for granted.  In fact it’s growing with multiple jazz festivals, 3 great clubs (Jazz Alley, Tula’s, and Royal Room).  I’m sure there’s more I’m missing.  And if you dig into the history, Seattle’s always had a great jazz scene, from Jackson Street and beyond.  I love that my kids will go to Garfield where Quincy Jones and Jimi Hendrix went!

I’m re-reading Paul de Barros’ excellent book Jackson Street After Hours. It’s out of print, but definitely pick it up if you find it, it’s a real treasure.

Jim Wilke:  I think Seattle has a strong “home grown” flavor to its music scene, not heavily influenced by New York and L.A. although aware of those scenes.  Vancouver BC and Portland OR, too.  Although there’s not a “Northwest style” per se, there is a sense of independence growing out of distance from other hubs.

NWMS:  What lead you to become interested in releasing jazz?

Kristian St. Clair:  My parents had Henry Mancini and Dave Brubeck records, so I took those and ran with them, obsessively hitting up thrift stores and the library to expand my knowledge and exposure.

NWMS:  How did you go about setting up the Century 67 and Jazz at the Penthouse imprints?

Kristian St. Clair:  Century 67 was originally set up for my documentary films.  My first film was about jazz arranger/composer Gary McFarland.  In the course of producing the DVD, I became aware of Jim Wilke and his cache of Penthouse broadcasts.

“Jazz From The Penthouse” was originally a King-FM radio broadcast on Thursday nights.  I reached out to Jim to see if he had any recordings of Gary McFarland and he did, so I arranged to release those recordings with the DVD of the film.  After the film came out, I asked about Jack Wilson and sure enough he had recordings of him as well!  So I set about getting the necessary approvals and clearances to release the Wilson recordings.

NWMS:  What was the Penthouse, and how long was it around?

Kristian St. Clair:  The Penthouse was at 3rd and Cherry and run by Charlie Puzzo, who ran several clubs and restaurants around town.  I believe it existed from around 1962 to 1968.

It was the first jazz club in Seattle that regularly attracted top tier jazz artists on tour, such as Miles Davis, Cannonball Adderley, etc.  Other labels have released Penthouse recordings by Wes Montgomery, Wynton Kelly, The Three Sounds, and Cannonball Adderley.  Also, the John Coltrane Impulse LP Live in Seattle was recorded at the Penthouse in 1965.

I should also add that Puzzo’s son, Charlie Puzzo, Jr., is co-owner of the Penthouse tapes and is very supportive of projects like mine.  He provided many of the great visual assets included in the CD booklet.

NWMS:   When did you begin recording and mixing shows at the Penthouse?  How many years did you do this?

Jim Wilke:  February 1962 until the club closed, 6 1/2 years.  I produced and mixed over 200 live & direct broadcasts from the Penthouse.

NWMS:  Were all of your recordings linked to radio broadcasts?  Which station or stations broadcast them?

Jim Wilke:  Technically, they are airchecks, tape recordings made at the KING-FM studio as the live broadcasts were on the air, direct from the Penthouse via a dedicated broadcast phone line. At that time KING-FM schedule included a variety of music and spoken word programs and was billed as “The Showcase of The Lively Arts.”

NWMS:  What interested you about the Jack Wilson set from the Penthouse?

Kristian St. Clair:  I’ve been a fan of Jack Wilson’s ever since I picked up the Blue Note CD of Wilson’s Blue Note debut Something Personal.  His quartet with Roy Ayers was particularly special, but not around for that long, so any additional recordings from this group are a gift.

Jim Wilke:  Jack was an accomplished pianist and composer, and these are nice arrangements include three of his original tunes.  This quartet includes some excellent early examples of Roy Ayers on vibes.

NWMS:  What are the highlights of the Jack Wilson set?

Kristian St. Clair:  The whole set is consistently excellent, I’m obviously biased, but I’ve always adored Wilson’s composition “Harbor Freeway, 5 P.M.”  I was thrilled when Jim Wilke sent me the tapes and this was included in the performances.  Also, “Call Me” which the quartet never recorded outside of these recordings is particularly ebullient.

NWMS:  What other releases have you got set up for the future?

Kristian St. Clair:  I’m currently focused on completing my next film which is a feature-length documentary about arranger/producer/composer Jack Nitzsche.  I’ve been working on it for close to 10 years, but I’m finally seeing the light at the end of the tunnel.