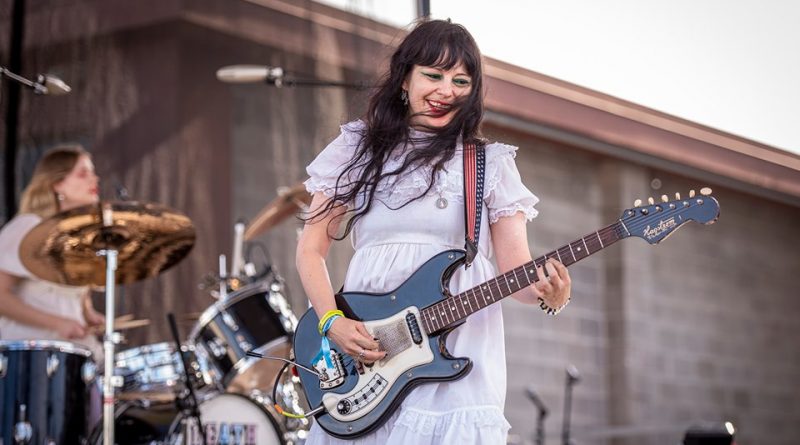 This year’s Fisherman’s Village Music Festival was a real roll of the dice. In years past this local festival has tried to complete with the bigger regional festivals, trying to find the right balance in both size and timing.

In its sixth year, Fisherman’s Village has found its perfect scenario, kicking off the festival in Downtown Everett and then moving it to the industrial area of the Port Gardner neighborhood.

And the fact that they gambled on a Thursday, Friday, Saturday schedule created a nice alternative to the weekend routine.

The Downtown Everett portion of the festival kicked off at the Schack Art Center, a fine art gallery that showcases and fosters the creative artisans in Snohomish County. Surprisingly, the acoustics were outstanding for The Porters, Molly Parden and Portland’s very own Laura Veirs in this spacious venue. Not your typical concert venue but it really worked and it brought in a variety of folks from the arts community.

The other evening’s venues were Narrative Coffee and Black Lab Gallery, which were both packed with attendees and featuring Northwest bands from Everett’s Sylvi, King Mammoth, Oliver Elf Army, Sleepover Club to Seattle’s Valley Maker and Wimps, as well as Spokane’s SuperSparkle.  Thursday’s evening performances were a fun way to get the festival off and running as we shifted to the industrial area of town for the rest of the weekend.

On Friday and Saturday, the festival moved into the neighborhood surrounding one of the festival sponsors, Scuttlebutt Brewing Company, which was one of the venues as well. The layout for the three stages allowed attendees to venture from one stage to another with ease. The Night Market Stage allowed for folks to catch some music as they headed into the artisan craft market where there were all kinds of merchandise for sale.

Killinsworth, was a charming opener, singing her poetic songs and playing her ukulele. Everett’s very own Tellers and I Will Keep Your Ghost provided some top notch tunes to get the Main Stage started. A couple bands that stood out for me were Actionesse and The Moon Is Flat, both playing on the Night Market Stage.

The layout for this year’s Fisherman’s Village was very concise and flowed really well. With the crafty artisans offer a variety of goods and food, this little bit of commerce worked really well. One of my favorite vendors was Grain Artisan Bakery and baker Lauren whose huge slices of cakes were the hot sellers. Both days she sold out of her bake goods, even coming back for a second round on Saturday and sold out once again.

My Saturday began in mid-afternoon with Americana rockers FRETLAND. This Snohomish band is gonna be something with harmonizing sisters Hillary and Kara Fretland and a drivin’ sound.

My other favorite of the day was Death Valley Girls from Los Angeles. This band had everything going, thrashy guitar riffs from Larry Schemel, booming bass from Nikki Pickle, Laura Kelsey pounding the drums, with lead vocals, keyboards and guitar from Bonnie Bloomgarden.

Another stand out was the prose of Tilson XOXO who had the Scuttlebutt Taproom mesmerized.

Overall, I felt that this year’s Fisherman’s Village Music Festival was one of the best ever. It was more low-key and relaxing being in a central area, simply, it worked. Moving it out of Downtown Everett was a good move and it will be great to see how this event grows for 2020.

Check out more photos from the festival HERE.