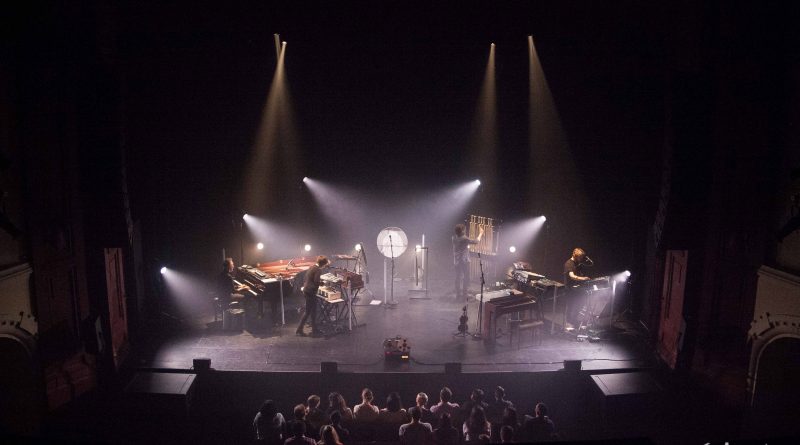 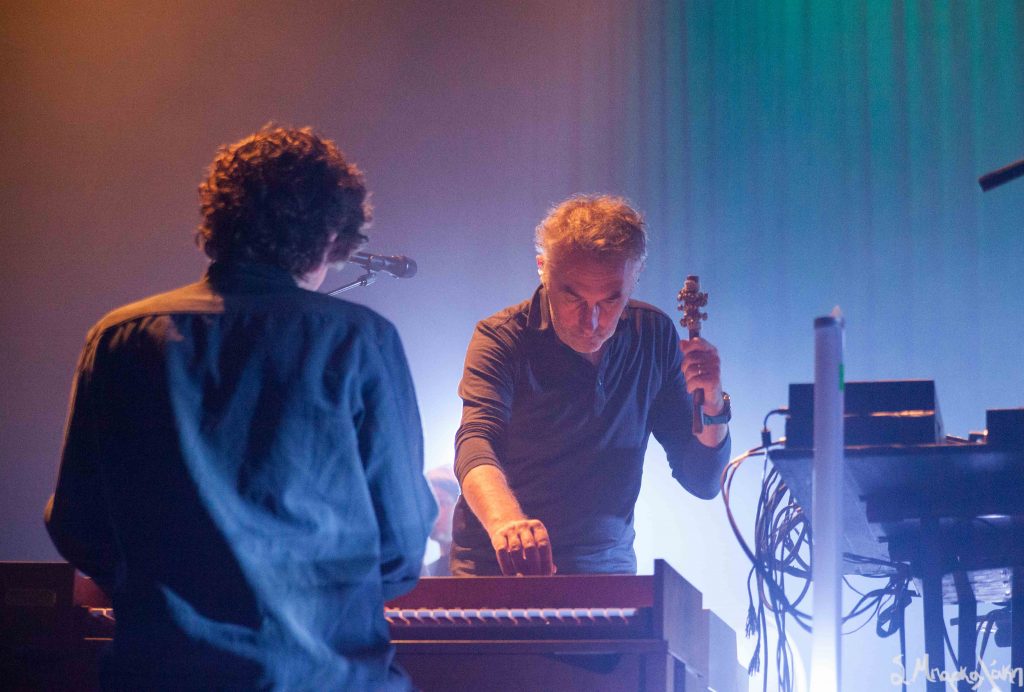 We headed over to the historic Moore Theatre for a much anticipated performance by French composer and performer, Yann Tiersen. The César Award winner became an internationally acclaimed artist after the release of the film, Amelie, where they sourced the soundtrack from his already recorded solo works. He has released multiple albums in his career, split between studio albums, film soundtracks, and collaborations. His latest album, All, is infused with inspirations of experimental sounds along with the classical influence we all admire him for.

Walking into the space we noticed the plethora of instruments on stage including a piano, a violin, an accordion, a toy piano, synths, keyboards, a melodica, a harpsichord, a xylophone, and a variety of drums. Looking at the collection we knew that the night would be filled with a variety of sounds to accompany any mood the dedicated crowd would be in.

As the lights turned off, a humble Tiersen slowly walked over to his piano and took a seat as a spotlight focused on him. He started solo with “Porz Goret,” and “Tempelhof,” where he introduced Alex, the tape recorder, who was in the front of the stage with a spotlight all night. He jokingly went into a story that they met in a bar and that he asked him to join his tour and that he gladly accepted and now provides all the nature sounds for his concerts. 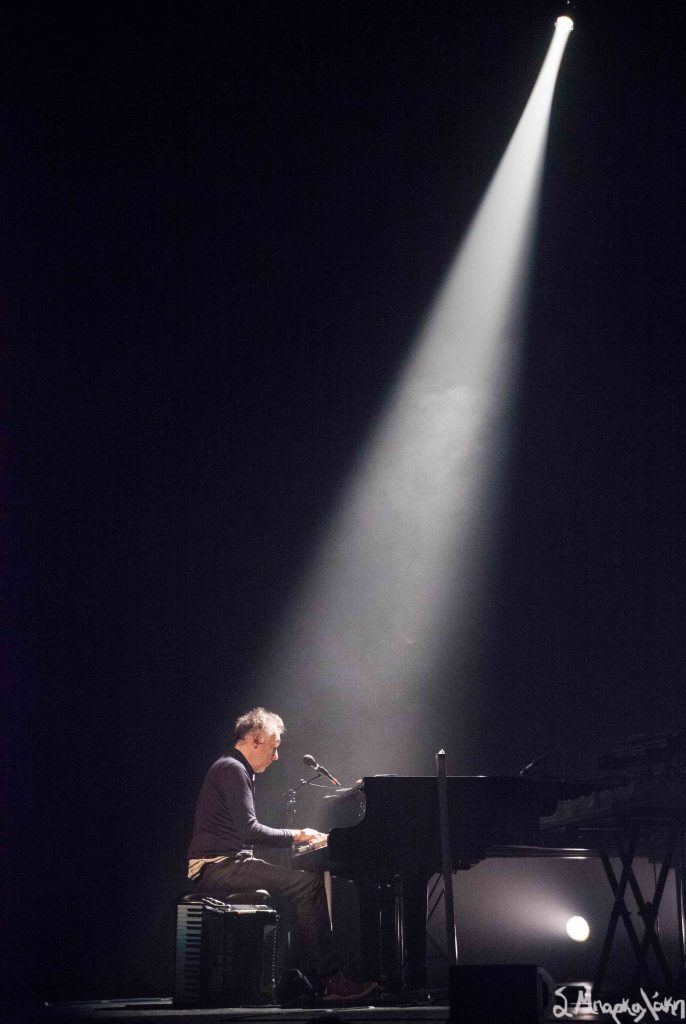 Then he went on to perform “La dispute,” where he played the distinguishable melody with the melodica before switching over to the piano. His three piece band joined him for the fourth song as they focused on his newer tracks including “Prad,” where sounds became intense and fluctuated in emotion. The male and female provided vocals in multiple languages throughout the night perfectly paired with the sounds vibrating the room.

Everyone would switch instruments as the songs needed them to creating a natural flow, almost mimicking the water. Tiersen would stand and switch around as a master of sound, filling in the missing pieces from every song as he saw fit. It was incredible to watch him move with such preciseness over the night mesmerizing the crowd. 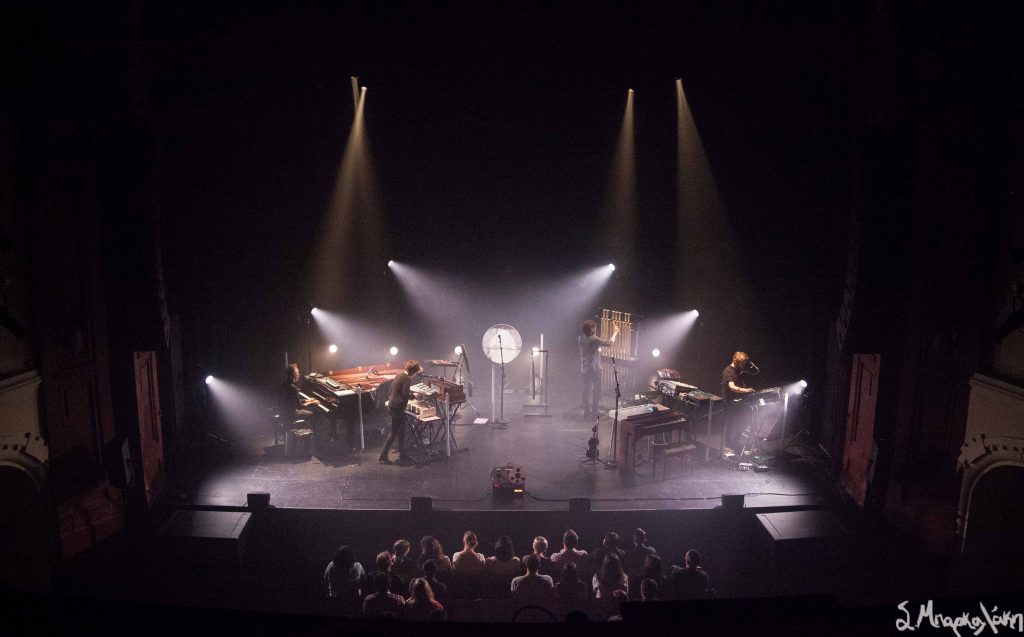 Tiersen played few violin solos from the middle of the stage, standing alone with a small light shining on him as he passionately moved through the strings showcasing his impeccable talent using a single instrument. It included, “7:PM” and “Mouvement introductif,” but the highlight for me was “Sur Le Fil,” which felt like a rollercoaster of sensations. The audience listened in awe as the solo-violin piece progressed and transformed to an intense masterpiece as Tiersen’s movement grew more fierce and raw.

The set included the lovely, “Comptine d’un autre été : L’Après-midi,” where we all stood still and tried to process the magical sound. Something about that piece that so many can relate to without a single word reminds us all of the power of music. If you ever get a chance to see this incredible composer make sure to do so. This concert was a treat and we’re glad we could be a part of it as it’s not often we are graced with such unique talent. 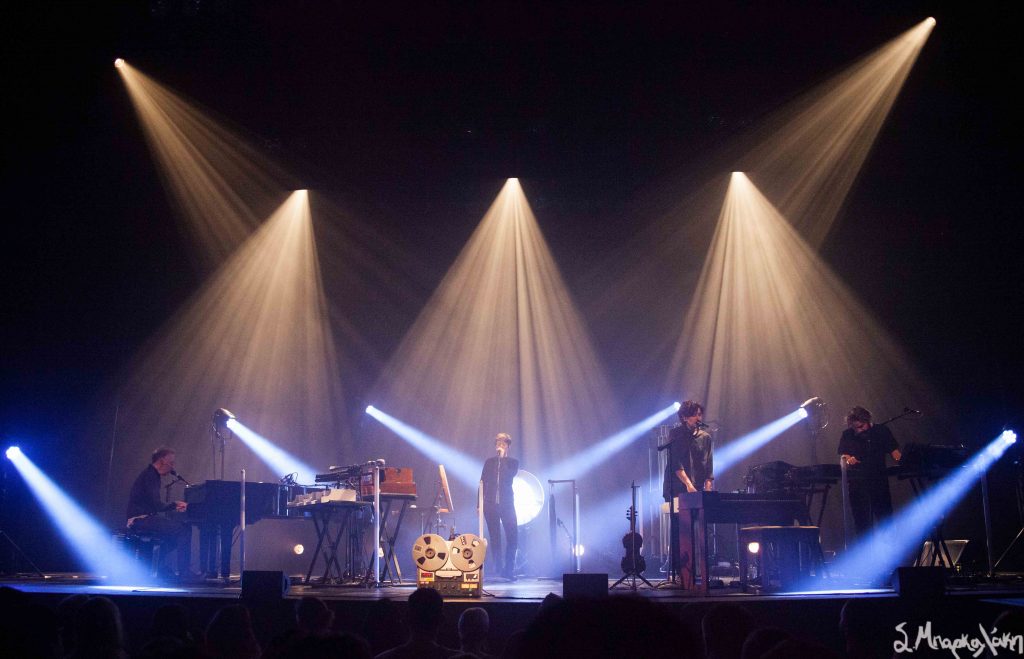