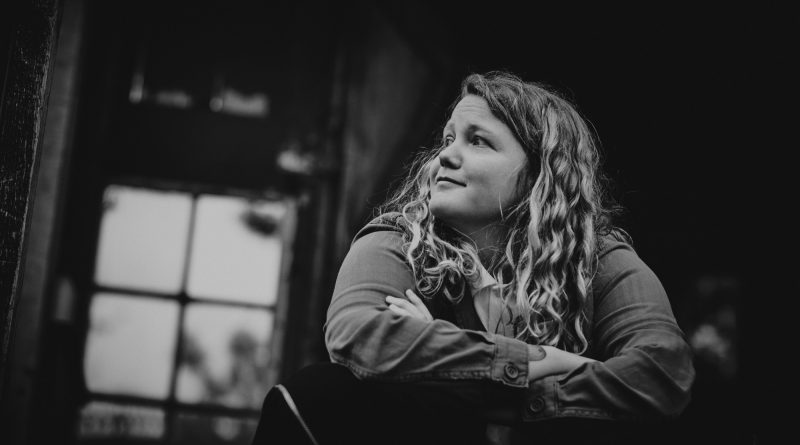 Kate Tempest, poet, epic poet, playwright, novelist, spoken-word artist, and all-round bender of genres, took her show to “The Tonight Show,” “NPR’s Tiny Desk,” “Late Night With Seth Meyers,” and just about all over the globe in the flesh.  Her new album, recorded with Rick Rubin (see below), is called The Books of Traps and Lessons, and she’s taking it to one of our stages, the Showbox with SassyBlack on Sunday, September 29th.  She was also kind enough to take a few questions.

NWMS:  What are your best, worst, and oddest stories of playing Seattle–which years, tours, venues, other bands on the bill, etc.?

Kate Tempest:  We’ve played some amazing gigs in Seattle over the years. I don’t have any odd stories to tell unfortunately, all the odd encounters seem to blur into one, and I find it hard to conjure memories just like that. Sometimes memories from the road creep up on me and make me laugh to myself when I least expect it, but honestly right now, when I think what was Seattle like, I just remember a big crowd and excitement in me to see the people there, and a good feeling in the room as we played the show.

Something I look forward to this time is that I’ll be supported by my good friend SassyBlack. She’s awesome.

NWMS:  What are your best, worst, and oddest stories of playing the world over?

Kate Tempest:  Something funny happened when we were touring Everybody Down–I can’t remember which state we were in, but it was weeks into an American tour. I had been to NYC a year before with a long poem I told in theatres called Brand New Ancients. It had been successful and had also been published as a book.

A church group had been reading it together in their weekly meets. They all came, in a minibus, to the show and the average age of this lovely group of ladies had to be 60. They bought their own chairs. And we rocked up to play this hard electronic rap set, with aspirations to break America, and looked out at a row of seated churchgoing ladies, and a few young people stood awkwardly behind them. I felt so exposed, but I had to just commit to it.

It was kind of a crushing experience, because I always feel that when people come for poetry, and I want to play music, or when people come for music and I want to deliver poetry, their expectations can interact with mine and create confusion. But it was a valuable lesson to learn. No matter who turns up, no matter if it’s one person, or one thousand, an elder lady in her own chair or a young kid who’s barely 8 years old, you have to level yourself and give the performance every chance to be the best it can be.

NWMS:  Is it harder to win over an audience with spoken word?

Kate Tempest:  I don’t think so. It depends on what is going on in the audience, what the occasion is. I’ve spent so many years telling poems to bunches of people who don’t want to hear poems. In the UK, there was all this funding made available for taking poetry into places where people don’t usually encounter it, so all us working poets suddenly got booked to go tell poems in pubs while the football was on, or on street corners, or standing beside monuments in tourist traps, or having to climb on to the bar at a live venue, or stand in the foyer of a theatre, wherever it was.

I used to get booked between bands at punk gigs. I used to go on the mic at big squat raves to rooms full of people who just wanted techno. I’ve told poems in a women’s prison, in a halfway house to people in recovery, and at the opening of a posh fashion house in Bond Street. All of these places were not expecting poetry, didn’t particularly want to hear it, but when I came on, if I was in the right spirit of humility and I had the willingness to connect, something about the rawness of one voice, one person telling what can often be a painful truth, can make the audience transform.

People generally shake off their guardedness and become more vulnerable when they see someone being vulnerable on stage. Generally speaking that is, obviously not all the time.

NWMS:  Who are your heroes of spoken word, and why?

Kate Tempest:  I just heard Rapsody‘s album. She’s a hero now. Because of her commitment to an idea, to what I perceive as a philosophy of being, embodied not just in the lyrics, but in the form she is employing, the samples she uses. Her flow.

Yasiin Bey [Mos Def] because of his fluidity and tone, his imagination and creativity. Pharoahe Monch because of his excellence and boundary-pushing. Lauryn Hill, because of everything. Too Poetic from Gravediggaz because of his wordplay and knowledge. There are millions of heroes.

NWMS:  Who are your collaborators, both onstage and on record? How did you pick them?

Kate Tempest:  Dan Carey is my longtime collaborator. He wrote the music for Everybody Down, Let Them Eat Chaos, and The Book of Traps and Lessons. I didn’t really pick him, we found each other and were immediately interested in making music. It took years to get together, he was a successful record producer, recording bands in his studio, I was a poet who couldn’t get published, and a rapper who couldn’t get a record deal.

Eventually, we scraped out a few hours in his downtime, and the result was a chemistry that changed both of our lives. We made Everybody Down so, so fast. It was like unleashing a trapped animal and paved the way for our working relationship.

My onstage collaborators have been the same for years, but I have different line ups depending on the project. I am lucky enough to have grown up in a place where there are lots of people playing music, so everyone I play with is someone I have a personal connection to. My childhood friend Kwake Bass plays drums and SPDS, we’ve been playing together since we were children. Hinako Omori plays synths. She is absolutely world class in her musicianship. she was a close friend of another childhood friend of mine, Georgia, who used to play drums in the band, but is now on her second solo LP and is killing it. You should check her out.

Raisa Khan played with me for a few years, and is excellent. You should check out her projects, both solo and with Mica Levi as part of Micachu and the Shapes.

Currently, on this tour, I’m playing with Clare Uchima, a synth and piano player that I have been playing with since Everybody Down. She is a great presence in my life, a close friend, an inspiring person and an incredibly talented musician. Because there’s only two of us on stage now, our connection has become even stronger than ever. It’s profound to be up there, just two of us, two women, beaming out this album.

NWMS:  The new album took five years to record. Why so long? How did your ideas for recording grow and change over time?

Kate Tempest:  It took that long because it was a difficult process to master. We had to approach it like trial and error. We were looking for something we couldn’t name. We had to make demos and demos and demos trying to get closer to an idea.

Also, practically speaking, the world didn’t stop while we made this album, I had other commitments. I was touring other albums, touring poetry collections, writing plays. This writing process happened in between six or seven other projects that were going on simultaneously.

My ideas for recording changed dramatically. The most prominent change was in the idea of recording the album in one take. To learn every song by heart, sew them together, and play the album live in the studio, one take. All the way through. That was incredible.

NWMS:  What’s it like recording with Rick Rubin? What were his most important artistic moves for the record? What about him would surprise the person on the street the most?

Kate Tempest:  It was amazing recording with Rick. The sense of occasion it gave me pushed me to go deeper into every reserve I had. I wanted him to be moved, and I felt privileged to have his ear on my performance. I wanted to ensure that I deserved the opportunity, so I stepped up my game.

His most important artistic moves were the way he listened. He has no other motive. He just wants it to make him feel connected. He encouraged the spoken word over music element of the album. I wanted to rap. He encouraged me to take my time with the words and to open the flow. To not be confined by the beat. It was an amazing, powerful, challenging lesson to learn. I don’t know what would surprise the person on the street. He is exactly as you would imagine him to be.

Kate Tempest:  Recording more music, writing more poems. I have a play that I’m nearly finished writing, which will open in a theatre in London next summer. That will be extremely cool.