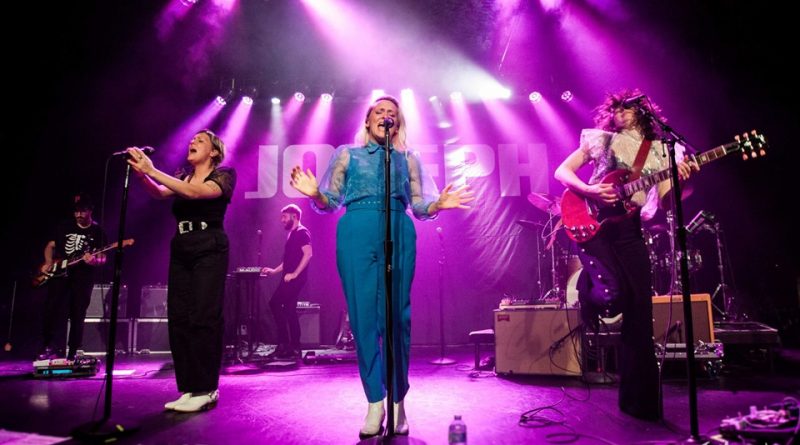 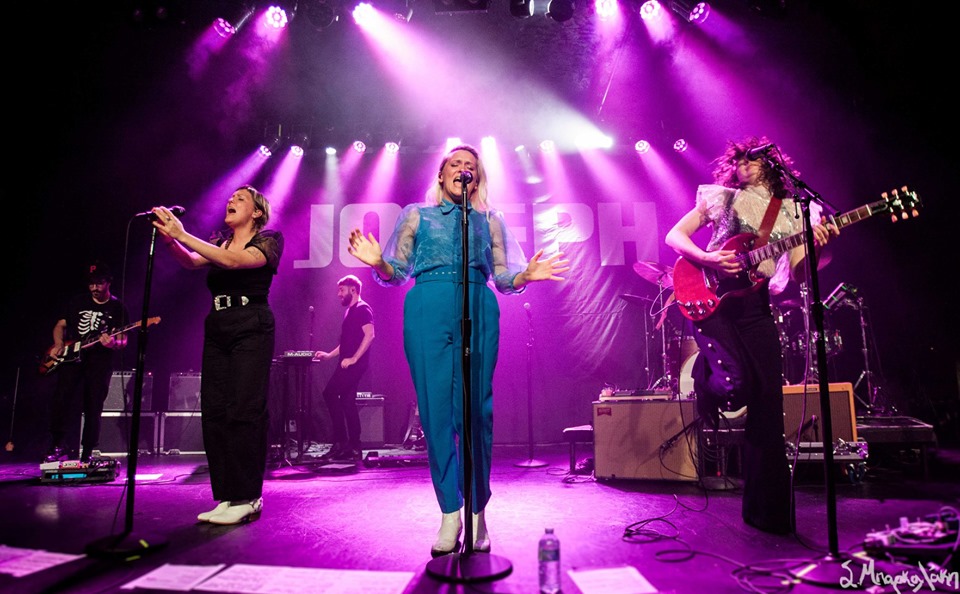 It was an exciting night for the band Joseph made up of three sisters, Natalie Closner Schepman, Allison and Meegan Closner. The special tour date at the Showbox Market was the album release show for their fourth record Good Luck, Kid. The band started years ago when Natalie recruited her twin sisters to form a music trio, naming it after their hometown in Oregon and their grandpa Jo. They have toured around the globe over the last few years gaining a large audience that keeps growing as they release records.

The historic venue filled up early as another great band was opening the night. It had been a while since we caught Deep Sea Diver but they ignited the same emotion of happiness as the last time. You know you are going to get a solid set when you go out to see this local band. We can never get enough of Jessica Dobson’s guitar riffs, and best drummer face from Peter Mansen. While he’s intensely playing the drums he’s also passionately singing along to his favorite lyrics as Dobson sings them for the fans.

The band who hasn’t released a record since Secrets played a few favorites and shared some new songs while updating us that their new record is almost ready to go. We can’t wait to hear it all and get lost in the long solos that have a way of creating a journey leading up to the right path. Dobson moved around the stage either playing the guitar, or moving to the keyboard next to her. At some point she even jumped on the large lightbox that was in the front illuminating red and showing the band’s name. 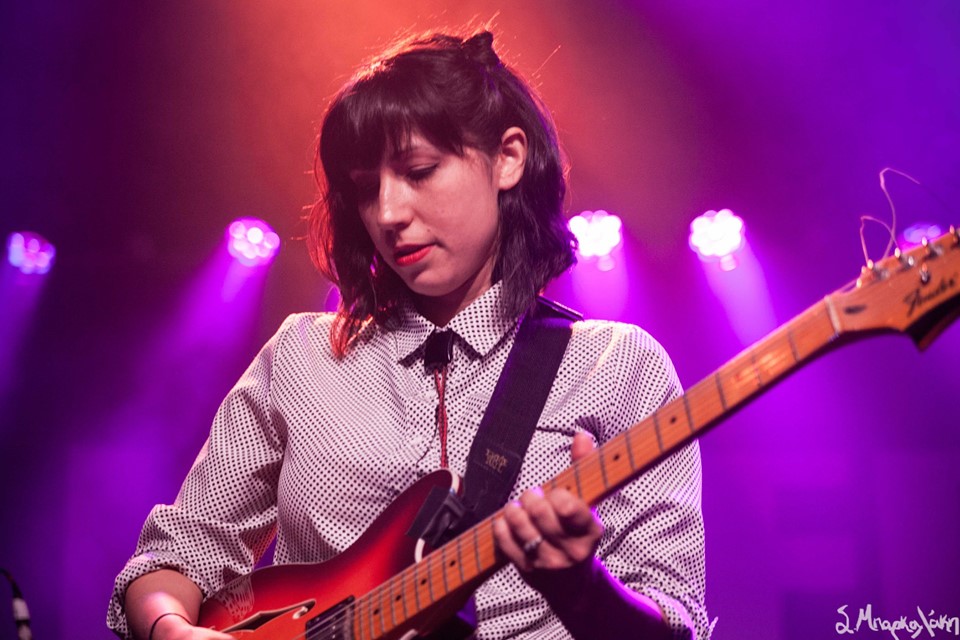 After Deep Sea Diver ended their set, Joseph stepped on the stage and fans screamed in adoration bringing smiles to the faces of the band members. The night kicked off with “In My Head,” “Canyon,” and “Green Eyes” as the sisters emphasized their perfectly created vocal harmonies and beautiful lyrics. Everyone was invested in the performance right away, I guess it is hard to look away when something sounds so incredibly real. By the fourth song Natalie had lost a hoop earring and grabbed the other that was still holding on to her short curls.

It was going to be a great night and they were showing just how invested they were from the very start. Soon after, the band invited Dobson to the stage and she joined for a couple of songs playing “Presence,” and “Baby Baby.” This was one of the highlights of the night as we don’t often get four talented women dominating a stage.

The ladies thanked their fans and shared how grateful they were with them to share such a special night in our city. After “Honest”, Natalie shared that the next one was inspired after she was holding her best friend’s newborn baby and thought of how she never wanted it to hurt and how she always wanted to protect him. “It occurred to me then that someone held me the same way and had those same thoughts.” The song created was, “Room For You,” that ended their main set. 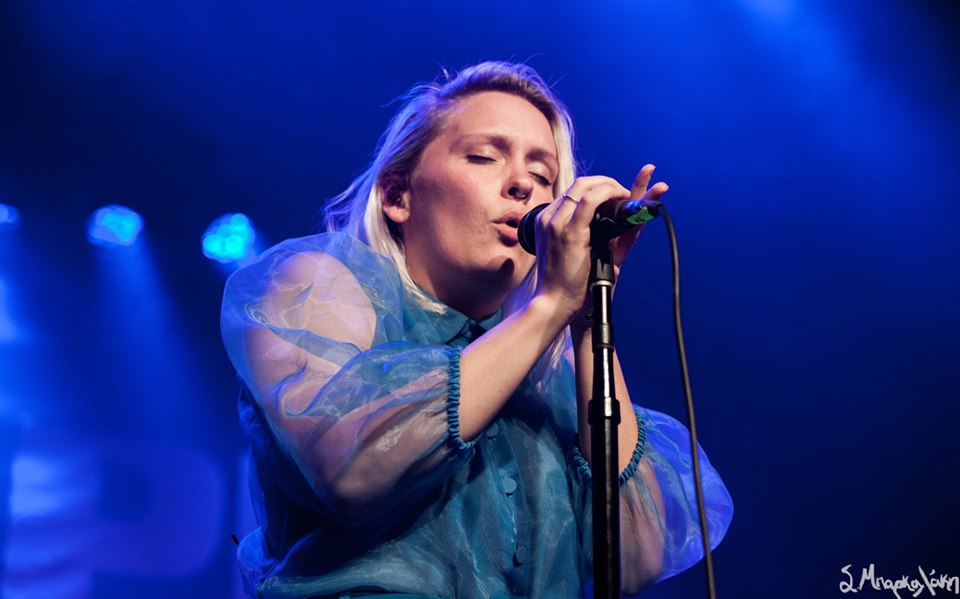 The trio returned with the rest of the band for the encore playing newer songs, “Fighter” and closed the performance with album title track, “Good Luck Kid.” It was a night to remember, full of high energy and desired lows. It felt really good to be a part of this live and this band is going to be climbing for many years if they keep making people feel the way they did tonight.