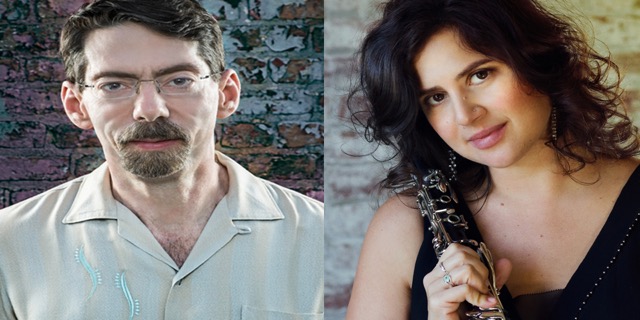 Every time Fred Hersch sits down at the piano is an act of revelation, discovery, confession and evolution. An exploratory artist, eloquent composer, outspoken activist, influential educator and possessor of one of the most personal and expressive pianistic styles in improvised music, Hersch has led a singular life that has shaped one of the most acclaimed and influential voices in modern jazz. At the forefront of the music for more than three decades, he has earned countless awards and accolades including ten Grammy® nominations, numerous acknowledgments from the jazz world’s most prestigious institutions and publications, and such recent distinctions as being named a 2016 Doris Duke Artist and the Jazz Journalists Association’s 2016 Jazz Pianist of the Year.

Hailed by Vanity Fair as “the most arrestingly innovative pianist in jazz over the last decade,” Hersch stands as a defining figure in several different contexts, from breathtaking solo recitals and compelling duos to his gold-standard trios and innovative chamber pieces. With more than 40 albums to his credit as leader or co-leader, Hersch can claim one of the most highly praised and consistently striking discographies in jazz history. To date, Hersch has been heard in duo with a wide range of collaborators including Esperanza Spalding, Bill Frisell, Chris Potter, Norma Winstone, Nancy King and Anat Cohen. In other settings he’s worked with a staggering array of legendary artists: jazz (Joe Henderson, Charlie Haden, Stan Getz); classical (Renée Fleming, Dawn Upshaw, Christopher O’Riley); and Broadway (Audra McDonald).

A committed educator, Hersch has taught at New England Conservatory, The Juilliard School, The New School and The Manhattan School of Music. He is currently a member of the Jazz Studies faculty of Rutgers University. He holds Honorary Doctorates from Grinnell College and Northern Kentucky University.

Clarinetist-saxophonist Anat Cohen has won hearts and minds the world over with her expressive virtuosity and delightful stage presence. The Jazz Journalists Association has voted Anat Cohen as Clarinetist of the Year nine years in a row, and she has topped both the Critics and Readers Polls in the clarinet category in DownBeat magazine every year since 2011. That’s not to mention years of being named Rising Star in the soprano and tenor saxophone categories in DownBeat, as well as for Jazz Artist of the Year. Earning this acclaim, Anat has toured the world headlining at the Newport, Umbria, SF Jazz and North Sea jazz festivals as well as at such hallowed clubs as New York’s Village Vanguard and at Columbia University’s prestigious Miller Theatre. As the Chicago Tribune says about Anat, “The lyric beauty of her tone, easy fluidity of her technique and extroverted manner of her delivery make this music accessible to all.”