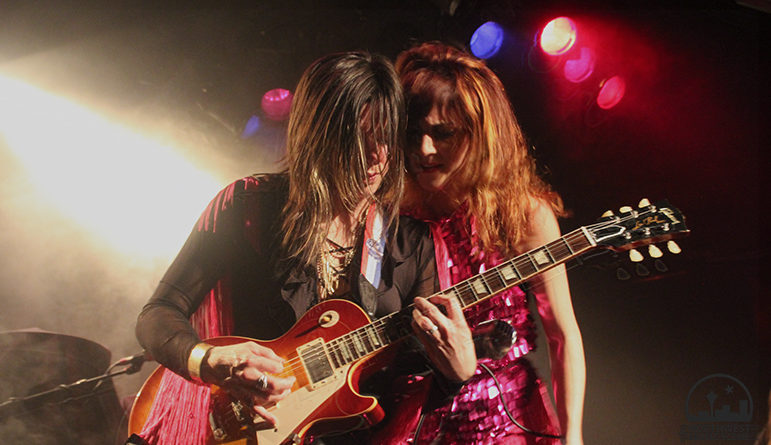 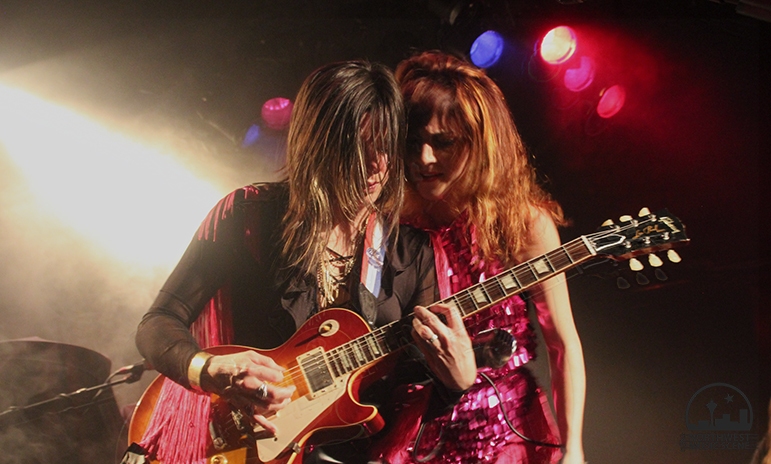 In case you missed the big northwest rock news yesterday, Seattle rock ‘n’ roll saviors Thunderpussy signed a record deal and premiered a new song. Today they unleash that brand new single “Speed Queen” and they are hitting on all cylinders. Everybody buckled up?

Before you go any further, get the song HERE via Stardog Records/Republic Records.

About the song, the band noted “Speed Queen” is a motorcycle-musical love story that mirrors the real-life affair between its narrator and its namesake, Whitney Petty and Molly Sides.”

Petty continues the narration and said:

“I got the title from an old coin laundry joint in Seattle that was full of high powered dryers labeled, “Speed Queen.” I always imagined a “Speed Queen” as this mythical character with a checkered past who led a female motorcycle gang. Then when I started writing the song– it became clear that I was writing about my partner– Molly Sides. That’s where the line, “I was looking for her, she was looking for me,” came from, among other things…”

In addition, Thunderpussy proudly announce their signing to Stardog Records/Republic Records. The group is readying themselves for more music in 2018 after working in studio with producer Sylvia Massy [Johnny Cash, Tool].

Thunderpussy. If Thor’s Hammer of the Gods from “Immigrant Song” landed in the hands of four wise, willful, and wild women? Well, it would sound something like Thunderpussy. The quartet—Molly Sides [vocals], Whitney Petty [guitar], Leah Julius [bass], and Ruby Dunphy [drums]—do the most rock ‘n’ roll thing possible and quite literally fuck up every rock ‘n’ roll stereotype you know to be true, piercing the halls of Valhalla in the process. The Seattle-based group turned into a quiet phenomenon with the endorsement of Rolling Stone and Pearl Jam guitarist Mike McCready as well as a string of already legendary performances under their high-waisted belts. Look out for more music from Thunderpussy soon!