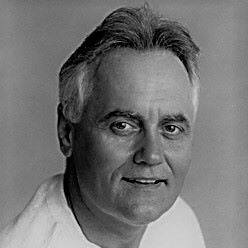 Seattle radio icon Gary Crow brings his 48 years of rock and roll knowledge to the forefront with the announcement of joining the air staff of www.nwczradio.com‘s Channel 2.  NWCZradio is a 24/7 internet station dedicated to Free Form Rock and the Psychedelic 60’s era.

From The Animals to The Zombies and everything in between. The pivotal years of 1964 – 1969 set the standard for modern rock and roll and you will hear it all!
Gary will also bring his many interviews with such Rock legends as Sir Paul McCartney, Mic Jagger, John Lennon, Pete Townsend, Jim Morrison, Eric Burdon and the list goes on…..
Crow’s Psychedelic 60’s has been highly successful in coast to coast  radio syndication. Now, it will reach the world via NWCZradio.com Channel 2.
Crow’s Psychedelic 60’s will air Saturday’s 9 am to Noon. It will be replayed on Sundays from 9 pm to Midnight on www.nwczradio.com Channel 2.
Crow’s amazing encyclopedic mind for all things rock and roll mixed with the big band of Free Form Rock will be on full display!!
Gary Crow’s Psychedelic 60’s
Saturday’s 9 am – Noon, repeated Sunday nights from 9 pm to Midnight.
Beginning Saturday May 12th.
ONLY on www.nwczradio.com Channel 2