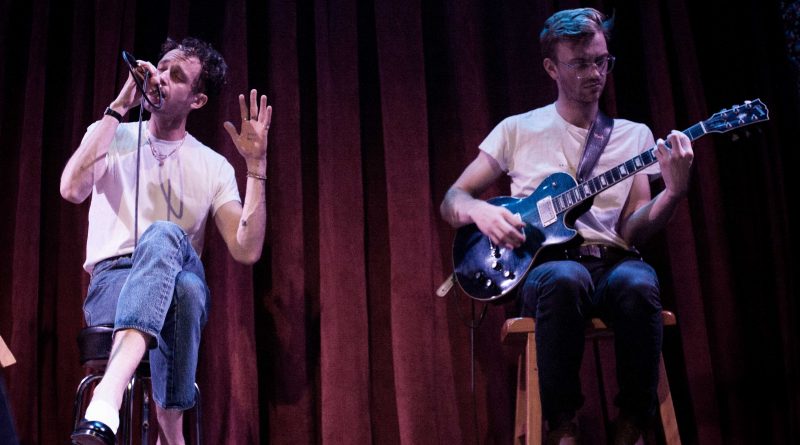 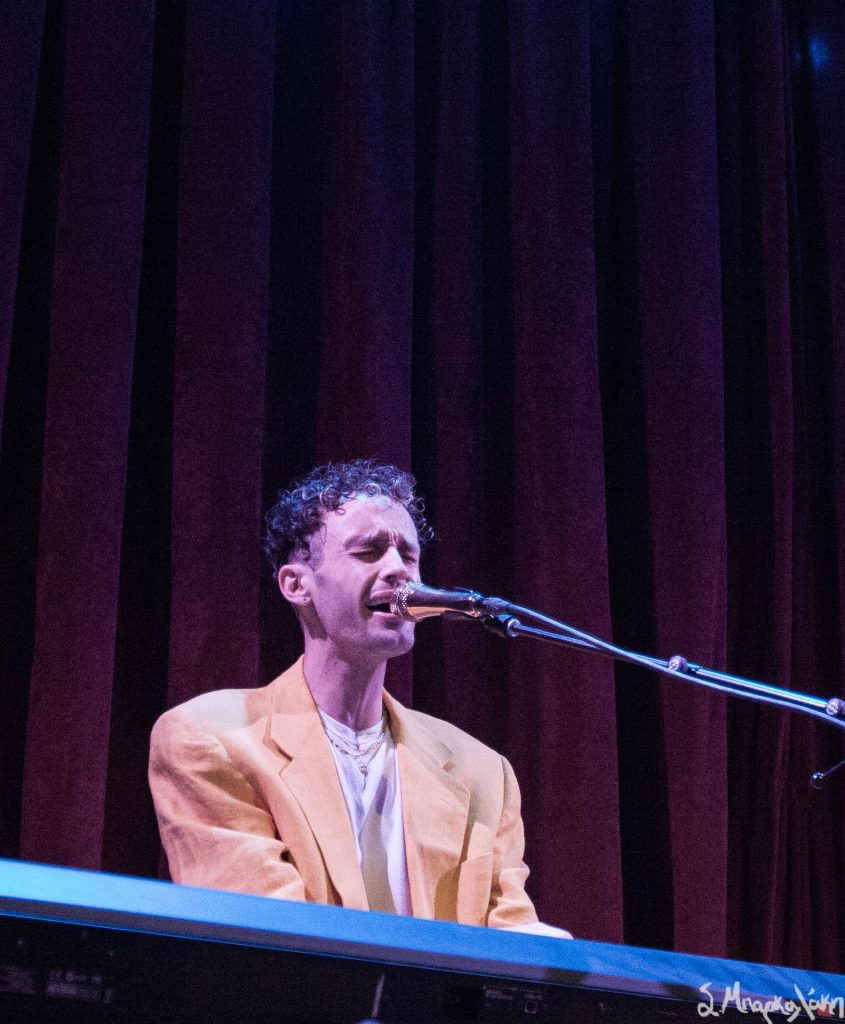 We headed over to the gorgeous Columbia City Theater to catch one of our favorite new addictions, for a joint headlining show which Wrabel and Billy Raffoul called, ‘happy people sing sad songs’, and we were thrilled. Unfortunately Raffoul had problems with his flight in Europe and couldn’t make the first night of the tour. Wrabel has been on our radar for a few years and we are playing his new EP release, one of those happy people, on repeat these days.

He had his breakthrough first as a songwriter, penning songs for the likes of Kesha, Ellie Goulding, Adam Lambert, Louis the Child, Kygo, and Bishop Briggs, to name a few, and then signed to Island Def Jam Records in 2012. DJ Afrojack released a version of “Ten Feet Tall” which gained massive popularity after and he most recently opened for P!nk during her European tour leg. We had to see for ourselves what all the buzz was about so we joined excited fans and waited for the moment of truth.

Opener Joy Oladokun took the stage first holding her guitar and playing her set standing alone. This created the mood of the night as very intimate and personal. She stood and chatted with the audience before almost every song and this made if feel like we all knew each other and we were listening to someone we knew share their stories. She was fantastic to catch live and an unexpected find for the night. 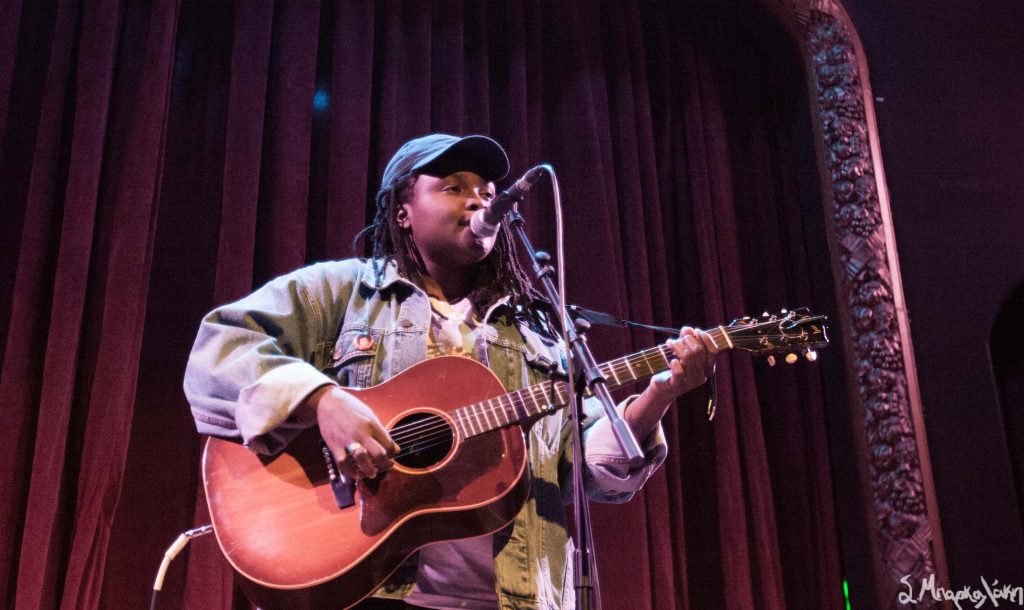 After a few minutes Wrabel appeared behind the theater curtains and fans cheered him onto the stage. He sat smiling behind a keyboard wearing a yellow blazer with some killer black and white dress up shoes. He passionately played on the piano as the people around me followed every word in ecstasy. They requested what they wanted to hear when he would pause between songs and he would politely tell them that their song was coming up soon.

After a few songs his guitarist Cole joined him on stage as he sat on a stool singing along to his beautifully haunting words. It’s not too late to start your playlist with his and add “Ritual,” (feat. Marshmello) “Bloodstain” “11 Blocks” and touching “The Village,” that brings light to transgender rights. Before playing “90 Days,” he noted that he wrote the song with P!nk and that he still couldn’t believe that he was singing it with her for two and a half months. That’s life, though sometimes it takes you down roads you never thought you’d come by and that’s what is so beautiful about it. Keep your eye out for the next time Wrabel is in town, he’s pure delight. 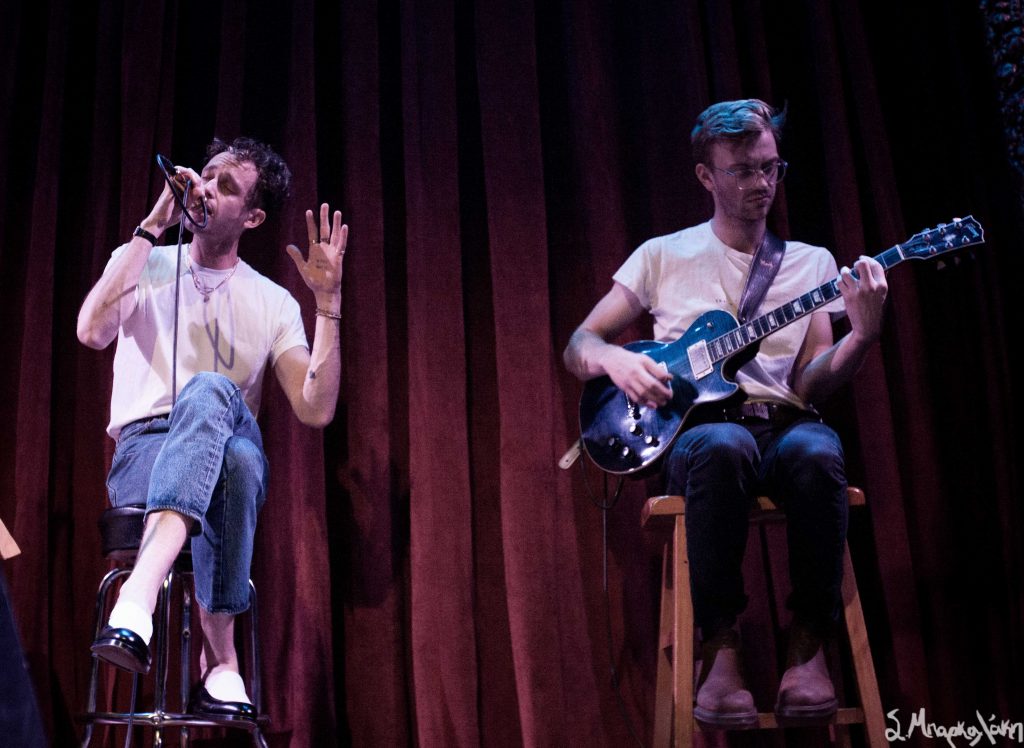