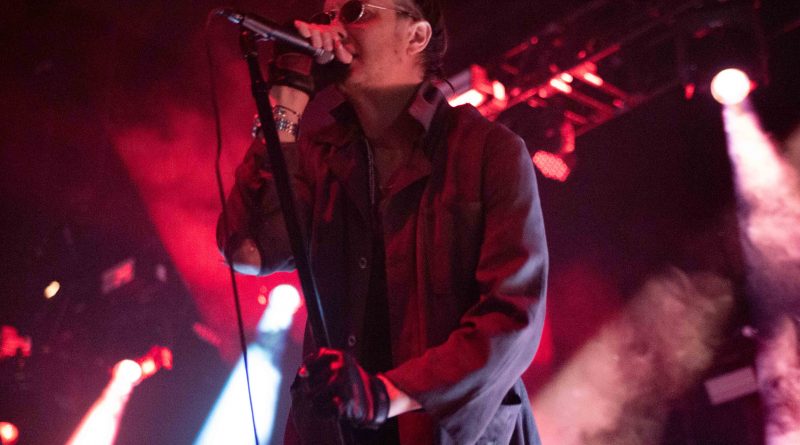 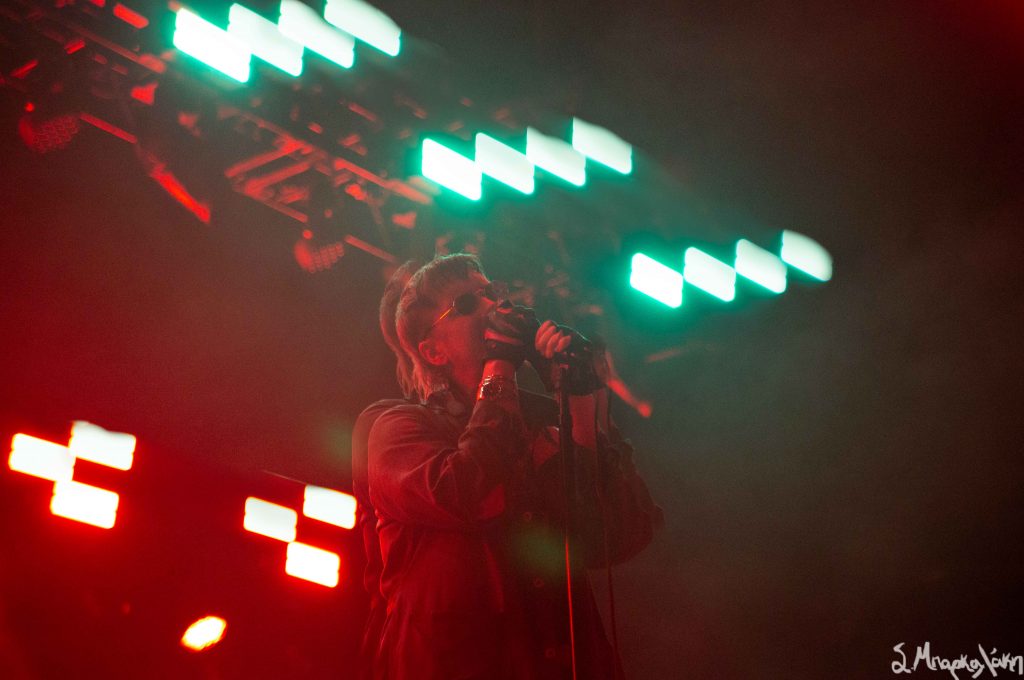 As the talented Strokes prepared for the release of their first record in seven years, a few lucky cities BQ(Before Quarantine), were able to catch them live. Seattle was one of them able to experience the preview show right after Vancouver BC, barely making it before the city banned large performances to fight the Coronavirus. Their sixth record titled The New Abnormal is the first since 2013’s Comedown Machine and fans have been thirsty for new music. Their shows announced in threes have been selling out extremely fast and many fans even chose to travel in order to finally see them.

Walking into WaMu Theater I was not actually waiting to see the place packed. A lot of people had already distanced themselves from others and it seemed like many were trying to get rid of their tickets. This did not seem like the case as the venue reached max capacity by the time the headliners were on. The night kicked off with Promiseland and another favorite band Alvvays.  We’ve caught the Canadian band who has received much acclaim a few times and this would be just as good. The indie rock band lead by Molly Rankin was a great way to prepare the audience for what was coming ahead. Their second record, Antisociolites, even received a Juno Award and we’re hoping the new year brings some new tunes from them. 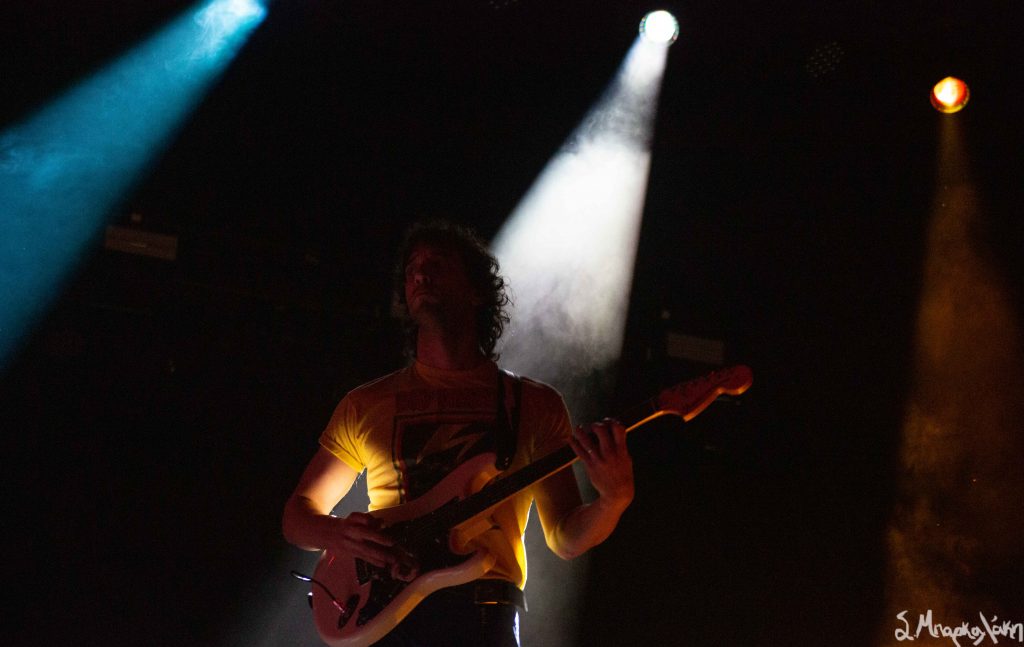 It was time for the moment we’ve all been waiting for and as the lights dimmed “With Me Tonight” by the Beach Boys was playing in the background. The Strokes took the stage and fans cheered like they have never before since it had been a while since they caught them, if ever. The New Yorkers who formed the band back in 1998 started with “Evening Sun,” and continued with hit “Someday.” Singer Julian Casablancas stood in the middle with sunglasses on, a trench coat, and black leather gloves, creating the mysterious vibe he’s been known for. Guitarists Nick Valensi and Albert Hammond Jr., stood by his side along with bassist Nikolai Fraiture, and drummer Fabrizio Moretti in the back.

Fans stood attentively waiting to hear their favorite songs as the night went on mostly in dark lights making it hard for anyone to see them in the large venue. We were not expecting a huge production from them but this was a little hard to follow as the space is large and hard to see in general. Nevertheless it was still great to be there listening to “Hard to Explain,” “You Only Live Once,” “Take It or Leave It,” and closing “Reptilia.” 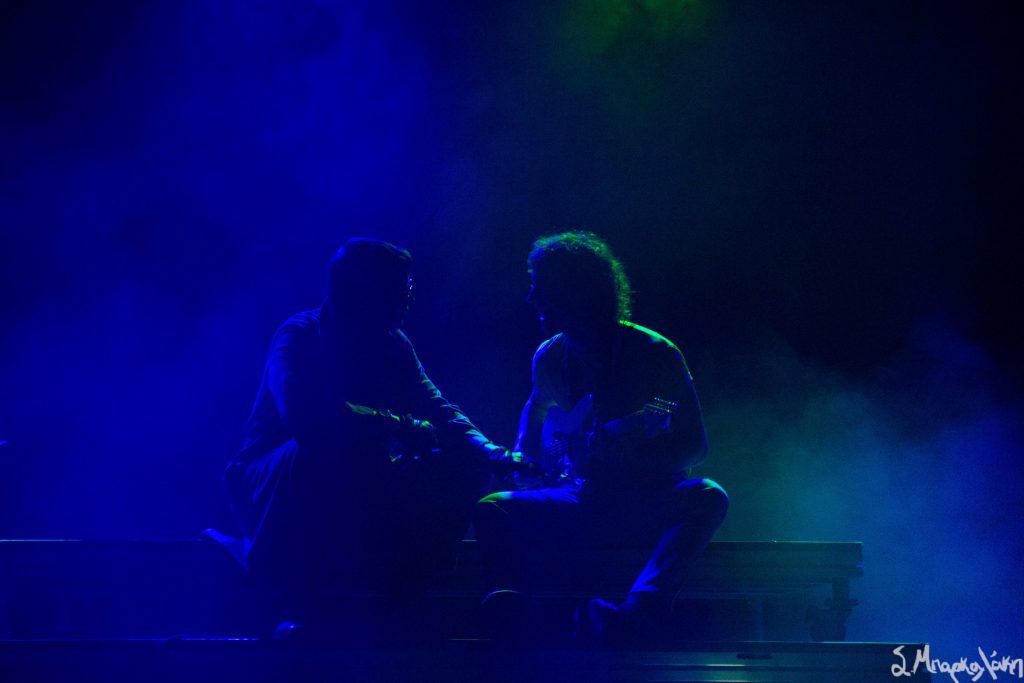 Casablancas didn’t stop to say much most of the night but he did speak during the encore thanking the fans for being there and how much they appreciate it. Then he said “That’s all, I am not feeling that talkative right now.” It was enough for us as we were there to immerse ourselves in the music to what would be for most of us the last time for a while in such a large crowd. Their show ended with “What Ever Happened?” “The Adults are Talking,” and their huge hit, “Last Nite.” This was a memorable show, proving why everyone has been so excited to have them back. We crave live music, we need live music, and this was something that we would all learn to appreciate even more so just a few days later. 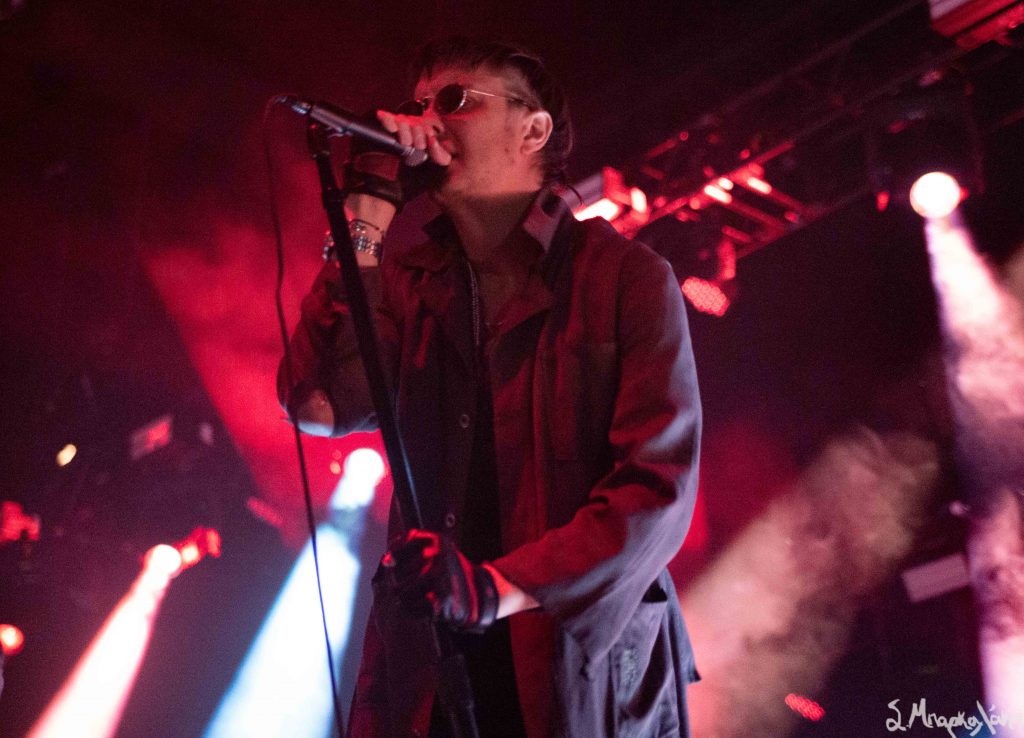