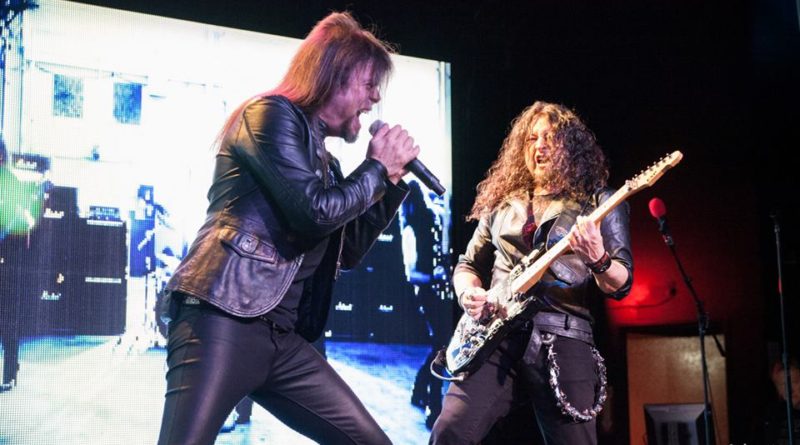 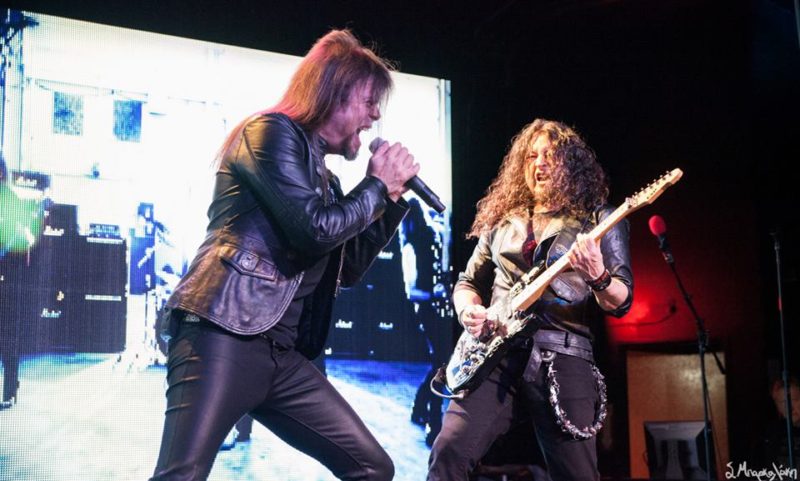 It was a rainy Seattle Tuesday but that didn’t stop fans from coming out to the Showbox to see Queensrÿche perform. Walking into the venue it felt as if time had stopped around the late 80s as everyone was dressed in black leather, boots, ready to bang their heads with their long hair. It is really trippy to walk into shows that can transport you to another time and place, it’s almost like a day hasn’t gone by since then.

The night started off with Midnight Eternal out of New York that formed in 2014 currently supporting their eponymous record. Shortly after, Armored Saint followed and excited the crowd gathering much adoration at the end of their set. The band formed in 1982 and gained much popularity in the early 80s, most interestingly having singer John Bush even invited to audition for Metallica. Both bands were cheered on by the sign of the horns from the metal fans instead of clapping which made for a cool visual. 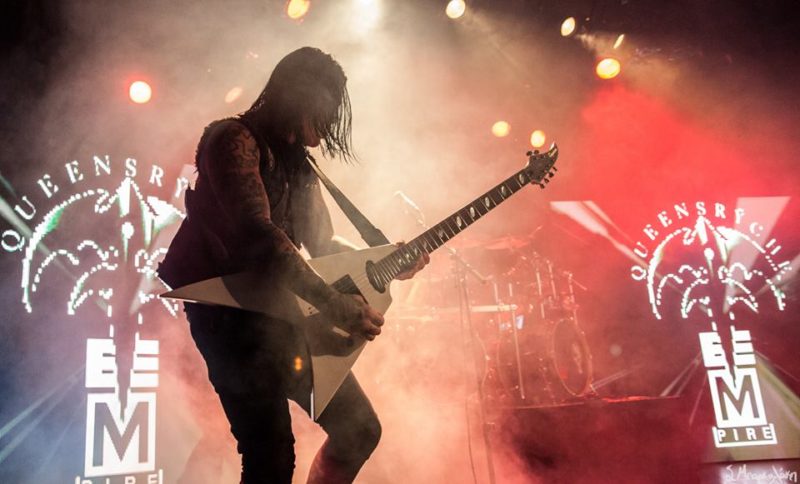 It was time for Queensrÿche to take the stage after and for the first time ever at a show the two screens that were on the left and right side of the drummer served as display for opening credits. Every band member that jumped on stage had his name shown on the screens as the crowd cheered them on. The screens were used for the band’s visual graphics the rest of the night which brightened up the stage, along with the smog machine that made their shadows even more noticeable. The names were probably necessary after the lineup changes that have occurred along with the band turmoil most notably the departure of lead singer Geoff Tate in 2012. After band members took each other to court it was ruled that Tate would not keep the copyright of the name. The band recruited Todd La Torre as lead singer after the fall out and have released two records since, the latest named Condition Hüman.

This was my first time seeing band but from the first moment La Torre took the stage he demanded nothing but absolute attention. He possessed every trait a lead should have, moving from corner to corner, engaging everyone to be a part of the show. The band seemed to be enjoying every moment on stage, each of them  drawing attention to their instruments by long solos throughout the night.
Before “Arrow of Time” La Torre” took a moment to thank the fans for their support through the years. Tonight was the first show of their four week long production around North America and it felt really special to be a part of. These guys can still rock the house and prove that a band has the power to take you to another place in time.

Check out more photos from the show HERE