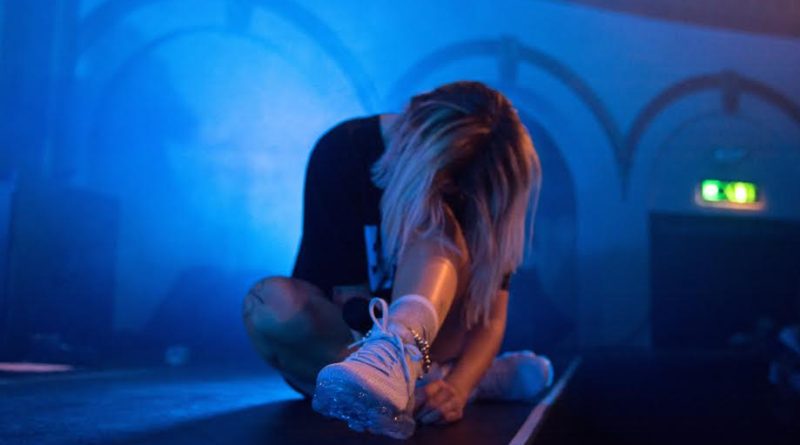 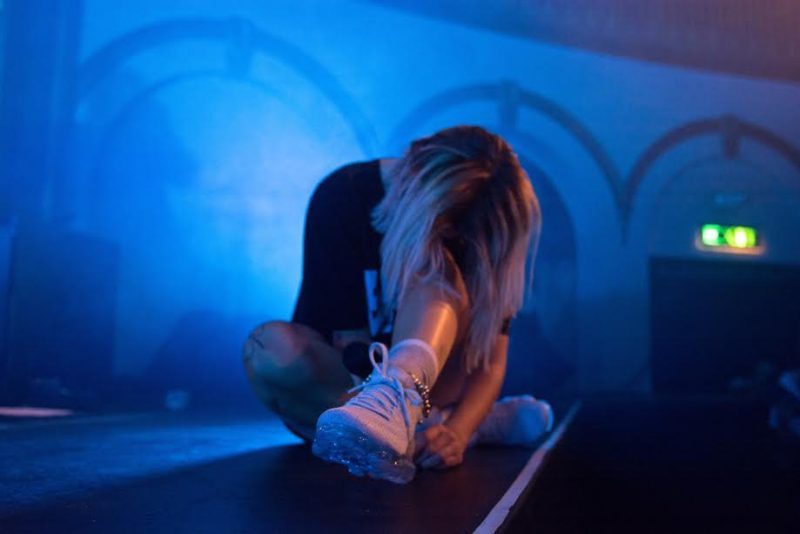 Mø is probably a voice you’ve heard and loved without ever realizing it. She’s the one someone mentions, you figure you’ve never heard her, and then you realize she’s on “Lean On” by Major Lazer, a track that was on the radio constantly for a very long time. While she’s most known for being featured on Major Lazer tracks, she can definitely hold her own with all of her own fun pop anthems, and her performance at The Neptune perfectly showcased that.

The night opened up with LA DJ Kittens, aka Lauren Abedini. Her set was unfortunately nothing too impressive. It was a split between her mixing samples into original tracks, and remixing more popular rap tracks, but awkwardly transitioned between the two. There would be a nice mix of a Drake track for example, that the crowd would get into, and then it would suddenly switch to something very different. After the quick flip, it would circle back, almost adding in transitions after they had already happened. She would get a good beat going for a little bit, the crowd would start to get into it, and then just as soon as it started, it would end. The set had some nice moments, when a familiar track would come up and the crowd would sing along, but overall was not the strongest way to open the night.

Mø walked on stage among hazy purple lights, standing center stage staring at the floor to sing the intro of “Don’t Wanna Dance.” This was probably the only time the entire night that she stood still for more than a few seconds, and the night only got better from there. The opening song was great; it got the crowd dancing and singing, allowing Mø to loosen up and dance around with them, and was simply a fun time. 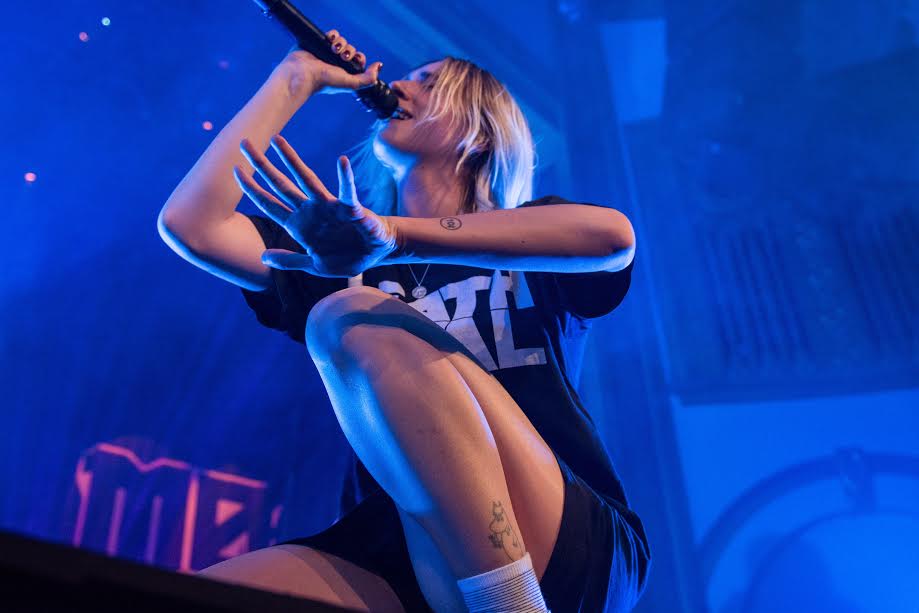 “Kamikaze” was the song I was looking forward to the most, and played a few songs later, it was everything I hoped for. After being featured in the movie Nerve, the track picked up a bit of steam, and it’s easy to see why—it’s incredibly catchy, bright, and sounds like something that needs to be blasted with the windows down. Her performance of “Kamikaze” matched the track pretty well too. She danced around passionately, running from one side of the stage to the other, interacted with the crowd, and made her performance just as upbeat and energetic as the song.

After more party songs, Mø switched things up a bit by singing “Cold Water,” another Major Lazer song she’s featured on. The track is a pretty typical pop radio one, but she actually chose to sing it slower, and with very little music backing her. Standing on the barricade holding the hands of fans, she slowly and passionately sang a bit of the track, and it was beautiful. It changed the song a lot to hear it without the hyped up party music behind it, and really showcases the beauty of her voice. 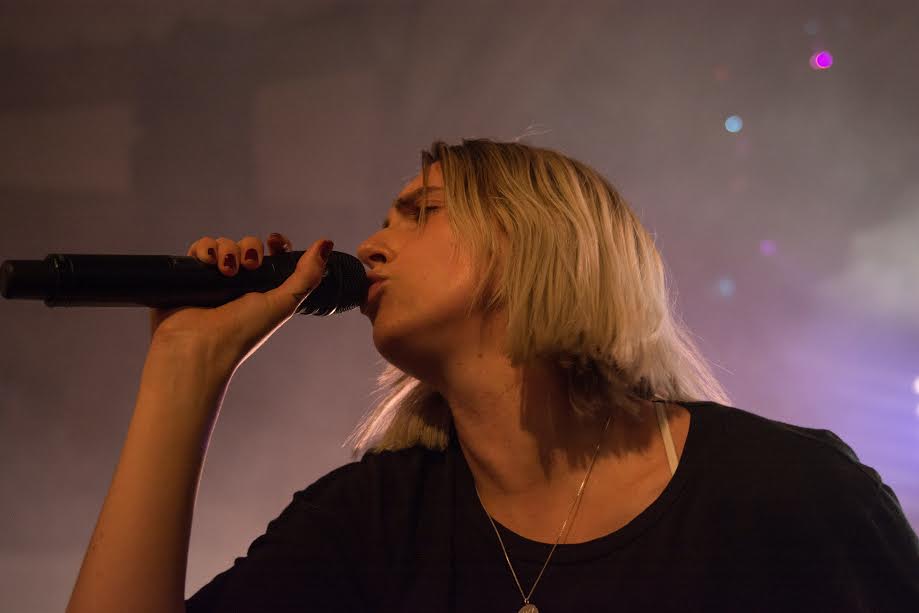 Singing “Lean On” as the closing song of her encore was undeniably a great choice. Mø performed the majority of it dancing around on the stage, but crowd surfed for almost the entire last half of it. Sitting on the balcony of The Neptune gave the perfect view of it too. It was incredible to watch her laying perfectly peacefully on her back as she smoothly drifted all over the top of the crowd belting out the final chorus and verses of “Lean On.”

Mø’s performance is incredible. Her music is fun, but more than that, she’s a fantastic performer. Her set is one that you’ll never get bored of because she might be standing right in front of you one second, you blink, and suddenly she’s rocking out on the other side of the stage. She walked through the center of the crowd, held hands with fans, crowd surfed, and stood on the barricade for songs, making the set just as much about the fans as its as about her. She brings an energy that fills the entire venue in a way that isn’t common with most performers, and you could easily watch her set 100 times without ever getting bored of it. 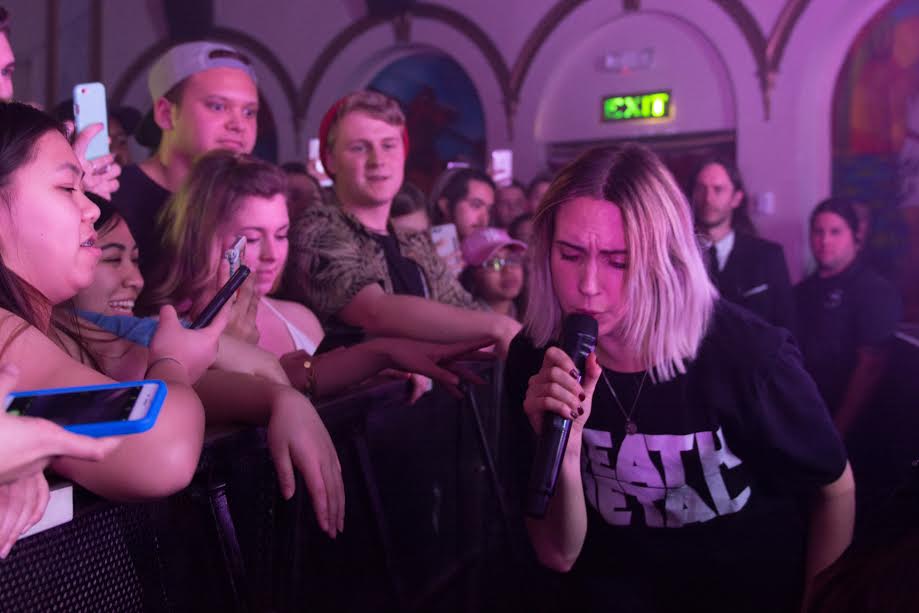