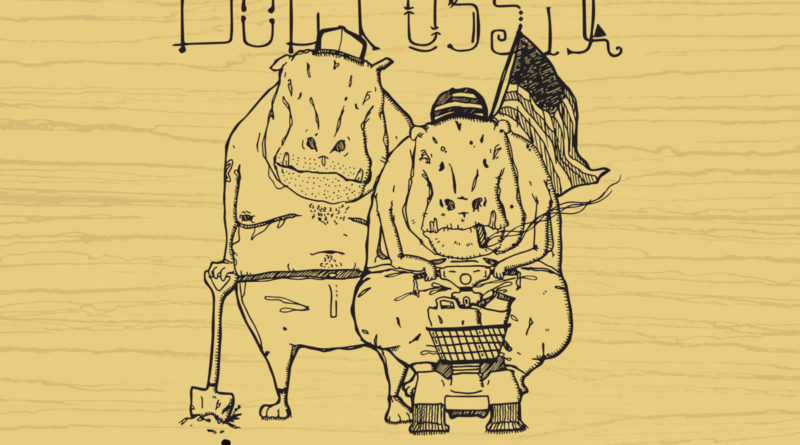 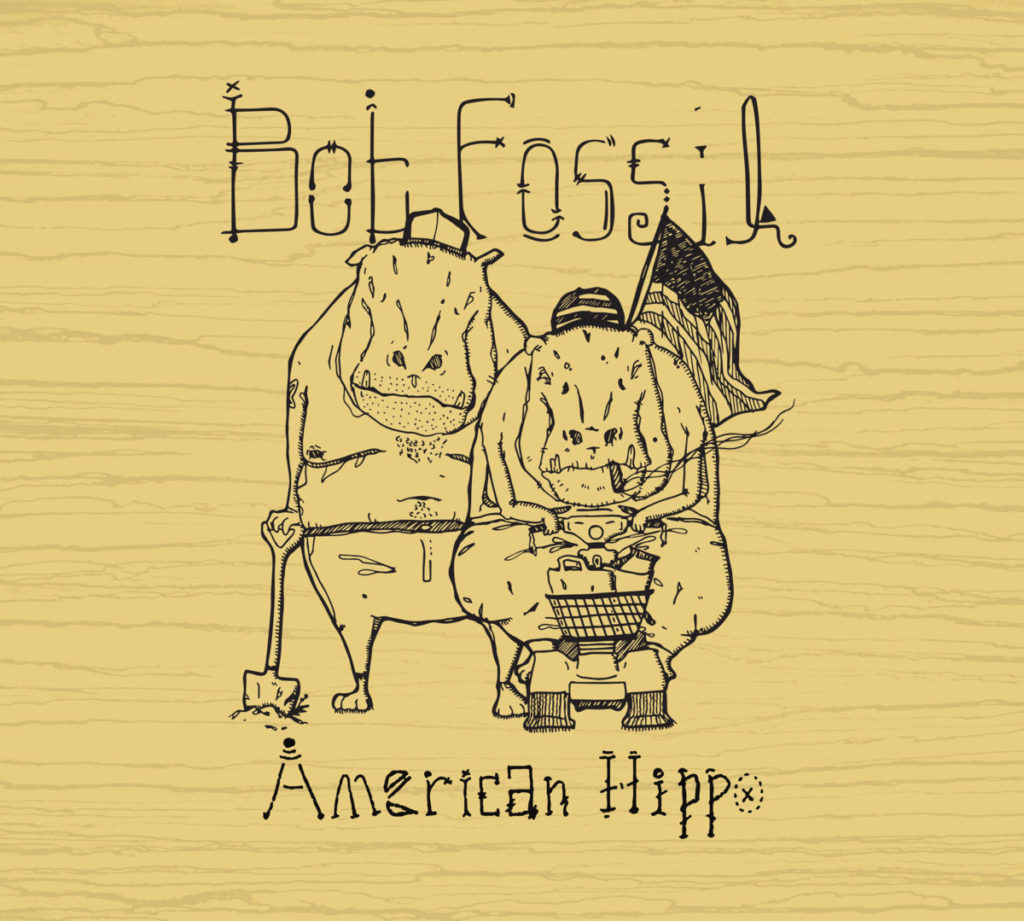 Lack of imagination does not seem to be an issue for Bellingham band Bob Fossil, whose second album, American Hippo (released May 1st, 2016), is bursting with inventive arrangements, seamless style-shifting, and an underlying ethos of excitement and playfulness. Fossil’s eclecticism seems endless (slow-reggae in “Footsteps”; psychedelic guitar echoes in “My Friend, Where Have You Gone?”; lounge-jazz, complete with muted trumpet and vocal scat, in “Think About It”), and the way the entire group is able to shift so effortlessly, often mid-song, makes for a thrilling listen. And though this level of variety could come across as disjointed, Hank Miller’s incredibly melodic basslines and the tangible excitement in Kenny Clarkson’s lead vocals are able to hold the songs together magnificently.

“Body & Soul” kicks off the album with funk at the forefront: palm-muted guitars, a Flea-like bounciness on bass, Clarkson switching between grit and soft falsetto, and a rap section to cap it all off. And just when you’ve gotten used to Bob Fossil in funk-mode, “Footsteps” breaks into the steel-drums and soft keyboard of reggae, and features a Mozartian waltz/rap section as well as an over-driven guitar section reminiscent of Car Seat Headrest. “Birds of a Feather” mixes a slow, sweet guitar line with saloon-style piano, followed by “Home”, which leads with an Irish-influenced acoustic guitar and leads into the slow-jazz of “Think About It”. The rest of the album continues to play around with funk (“Blood”), rap (“Decision Maker”), psychedelic (“My Friend, Where Have You Gone?”), and horn-filled pop (“Jewels”), trailing off beautifully with the more straightforwardly fun and funky “Modern Day Cartography.”

Lyrically, Clarkson often switches between a youthful sense of joy and anger with the world, a contrast shown vividly in the two repeating lines of the opener: “I got the body, but I need that soul” and “sobriety’s a vicious animal.” Track 10, “Jewels” is the major lyrical standout, featuring Clarkson musing idly about remaining strong in a world that he can’t be sure isn’t out to destroy him.

Though all of the instrumental contributions on this album are praiseworthy (particularly Corey Teply’s keyboard parts), the work of Russ Fish (Lead Recording Engineer, Mastering Engineer) and Erik Takuichi Wallace (Mixing Engineer) cannot be overlooked. They have done a marvelous job in pulling what could be an overloaded or cluttered album into a consistent and exciting sound.

All in all, American Hippo is an ambitious second album that thrives on a playful sense of adventure and Bob Fossil’s ability to fill every song to the brim with catchy, inventive melodies and structures.

(You can listen to American Hippo below via Bandcamp and get more info about Bob Fossil HERE.)