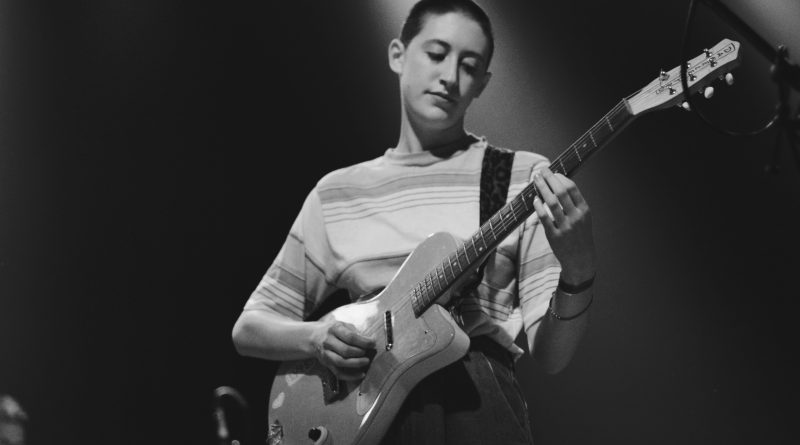 It’s considered typical for a concert headliner to have one or two opening sets, but three? Such a show is almost unheard of. However, when the New York based group Frankie Cosmos made a stop in Seattle on August 26th, the night’s lineup was packed to the brim. Moving four bands on and off the stage in about three and a half hours sounds like it would be hectic, but the night ran smoothly and orderly. With some help from local bands Flying Fish Cove, iji, and Los Angeles natives Dent May, Frankie Cosmos shined throughout a night of stellar music.

A new Seattle band called Flying Fish Cove started the night off around 8:30. The indie four piece released their first ever single on the same day as the show, so when I say new, I mean NEW. Based off of their performance, it was clear to see that Flying Fish Cove are still on a journey to discover what works for them musically and performance-wise, but their set was still relatively solid. Featuring bright guitars and unique vocals, Flying Fish Cove’s short set succeeded in entertaining the audience and beginning the show on a good note.

Next up on the lineup was iji, another Seattle based band. iji’s music sounded like what Mac Demarco would sound like if he ever got his hands on a harmonica. Spacey and quirky guitar riffs combined with the occasional keyboard solo echoed through the Crocodile for the entirety of the set, enrapturing everyone who watched. iji also possessed a remarkable stage presence. Everyone went especially wild as soon as the harmonica was busted out, but there were also moments of excitement following some goofy choreography and a successful audience sing along.

Dent May wasn’t originally on the lineup for the Frankie Cosmos show, but a last minute venue change moved them from the Central Saloon to the Crocodile for an unknown reason. This extra addition to the lineup didn’t seem to bother anyone though, as they were welcomed onto the stage to thunderous applause. Dent May proceeded to play songs off of their brand new album, entitled Across the Multiverse. Many seemed to recognize tracks such as “Face Down in the Gutter of Your Love,” and the crowd went wild again when Greta Kline of Frankie Cosmos showed up to sing on a song that she was featured on.

After what seemed like an eternity, it was finally Frankie Cosmos’ turn to take the stage. The set began with one of their more upbeat tracks, “On the Lips,” from their 2016 album, Next Thing. Though the music of Frankie Cosmos resonates on the minimalistic side, their live performance sounded complete and full of life. On Next Thing, no song is over three minutes, which meant that the four piece was able to play a vast amount of their songs in the provided time slot. Other highlights of Frankie Cosmos’ performance included the crowd completely drowning out Kline’s vocals on their track “Fool,” and the more fast paced “If I Had a Dog,” which had the crowd jumping throughout the entire song.

The biggest reason why the Frankie Cosmos show was so much fun to attend is the sense of community between all the bands. Everyone performing seemed to be incredibly friendly with each other, and there were many instances where a member from one band would provide some backing vocals or an extra guitar piece for another, and the overall atmosphere was one of positivity and happiness.