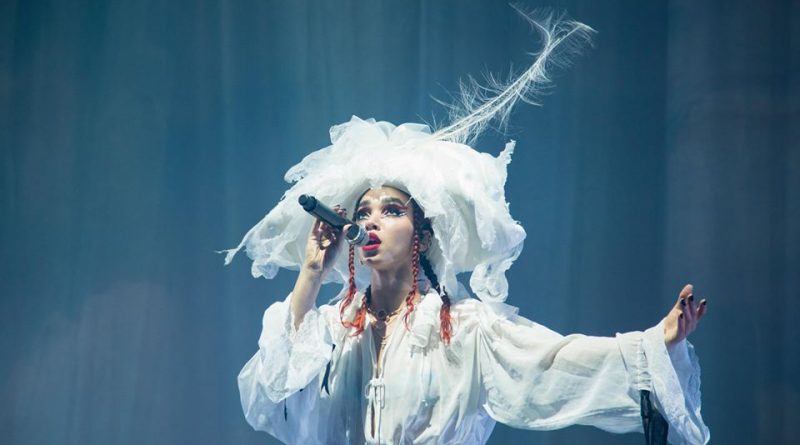 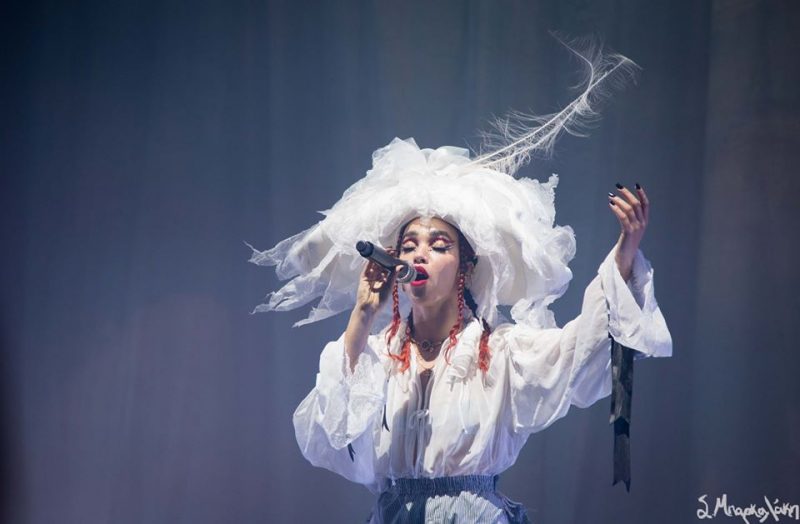 It felt like we’ve been waiting for this performance for a while and the moment was finally here. We walked into the Moore Theatre ready to experience the magic of Tahliah Barnett aka FKA twigs. The talented singer/songwriter was in town supporting her release of the transcending Magdalene album. Twigs started off early as a backup dancer in London then she went on to make her musical debut in 2012 with EP1, followed the next year with EP2. Her genre-bending album debut, LP1, was released in 2014 and the world has not been able to get enough of her art since.

Excited fans packed the venue from top to bottom patiently waiting for the show to begin. We couldn’t see anything past the stage curtain which only created more curiosity in our minds. When the lights turned off everyone focused their attention towards the front. She slowly appeared through the curtain for “Tap Dance,” as people watched and carefully listened to her solo routine. She was moving back and forth tap dancing. After that she stepped away behind the curtains as music played and her dancers appeared for the first time as we noticed the empty space surrounded by white curtains. 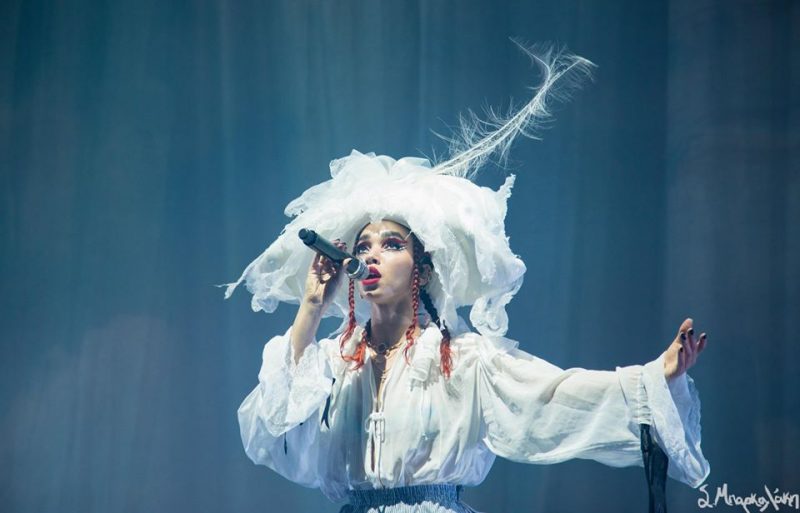 This time around she was wearing white with a large hat that emphasized her large orange hair braids. “Hide” and “Water Me,” followed as her dancers moved as effortlessly as her in creating a breathtaking performance. She was mysterious, seductive, fierce, and utterly untamable and the more we watched, the more we were hungry for. Everything about the show was so fluid you wondered if this was the first time it was happening, each moment created just for the night.

She had an elaborate change of outfits each more impressive than the last, each perfectly fitting for the act performed. Her dancers looked like the perfect marionettes either by her side or moving along in between the songs while she changed. Sometimes her voice became a cry as she made you wonder how much she was really hurting through all of it. She was pouring her heart in soul creating this immaculate performance portraying different personas. 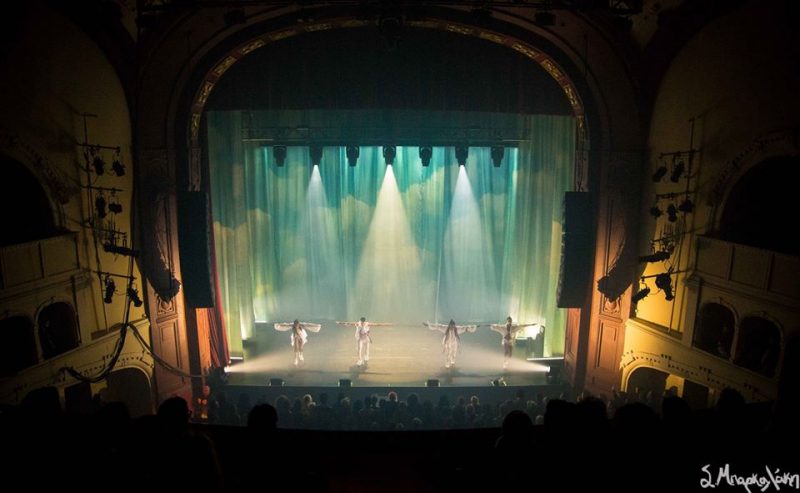 The well-produced creation was a great mix of pairing sound and visual performance into one. After “Sad Day,” twigs went into a sword dance routine and when it was finished the second row of curtains opened revealing a scaffolding structure where a couple of musicians were on top of it. The show kept changing faces and right when you could recognize one it would switch and pull you in again. One of my favorite moments was during “Mirrored Heart” as she sunk into her words and by the last, “They just remind me I’m without you,” she choked up.

When “Lights On,” was finished her dancers left the stage as she returned and showed us her skills in pole dancing. It was so impressive, this woman is an experience, not just an artist. She is so precise and exact and yet makes it all seem like a carefree release of human expression. Her dancers used the pole after she ran back to change, geometrically intertwined together in a perfect pyramid. As we neared the end with “Two Weeks,” confetti filled the room, creating magic as we took in her words. 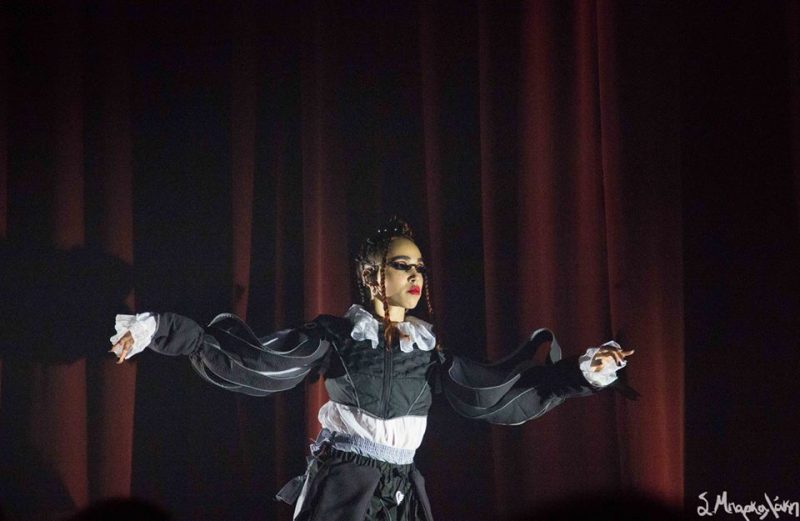 Twigs went into a chilling version of “Cellophane” and stands alone onstage for her last piece, the last chance we get to see her naked in all her pain. Every molecule in our bodies is awake and in awe of her presence. Every single person left that show feeling inspired by her and this is something that can easily happen. She is an incredible performer and hopefully she’ll be back soon.