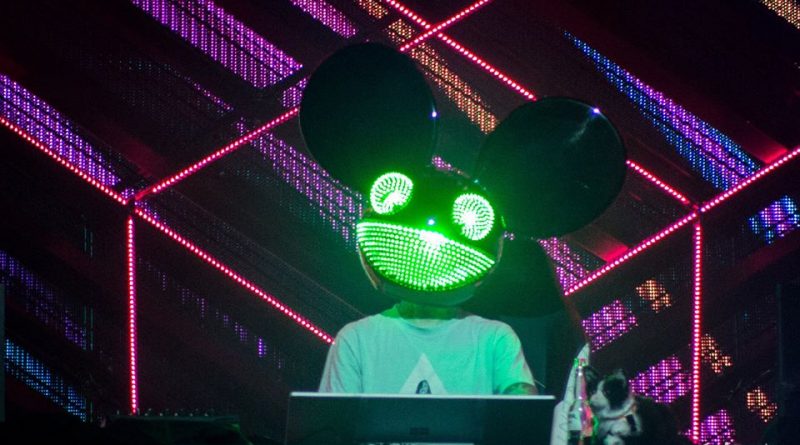 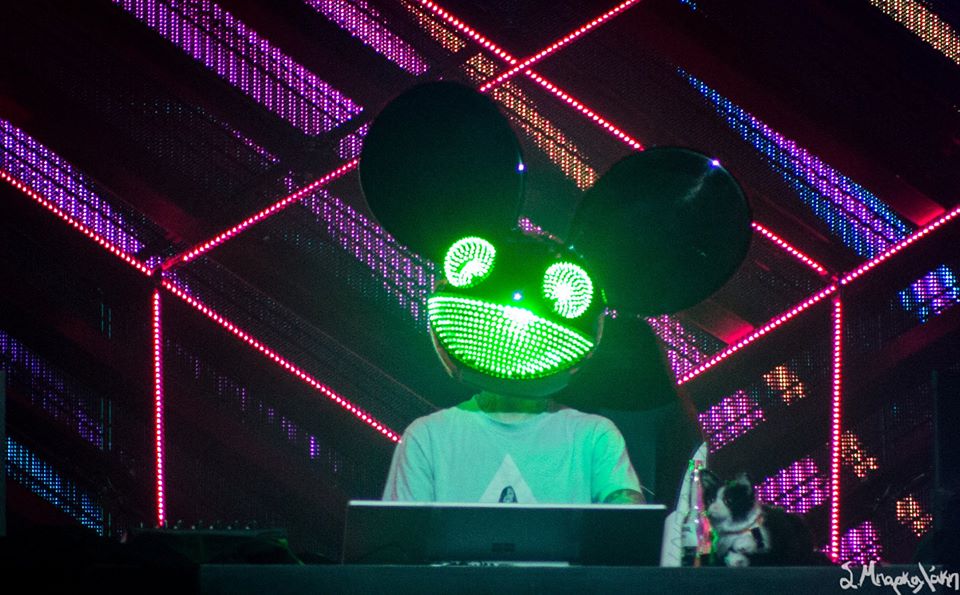 A few years had passed by since the last time I caught Joel Zimmerman AKA Deadmau5 perform. He’s always had incredible stage productions and the Cube v3 Tour was supposed to be his best yet. After gaining worldwide recognition with his third record Random Album Title he’s been one of the most famous dj/producers in the electronic world. I was curious to see yet another progression from the beginning and how this production would be different from the others.

The show started and the illuminated giant cube was in the middle of the enormous stage with two larger LED screens on each side. All three parts would work together to project the visual content for the night which was as impressive as ever. Deadmau5 was behind the cube for a few songs until it rotated to the back and revealed him with his green lights mau5head on. Fans cheered loudly once they saw him appear and this would continue throughout the night. 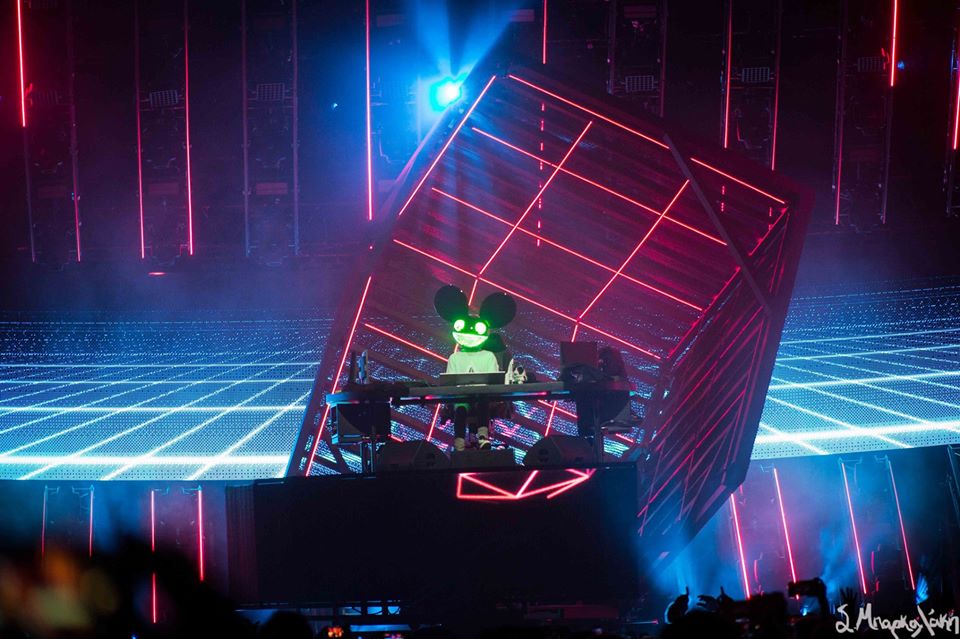 The way that everything was so well timed and perfectly paired made the night a treat. This is what I really like about his shows and this one would be the best one yet. The massive production put together by his incredible team is something we could all get lost in. It’s hard to look away even as you’re dancing in fear that you’ll miss the next piece. It’s no surprise the tour has been selling multiple nights in cities and that the audience really likes it.

As the night went on and we danced along to some of our favorite tunes including, “Ghosts N Stuff,” “I Remember,” “Longest Road,” another surprise would be revealed. During “Raise Your Weapon,” Canadian singer Lights took the stage to sing the vocals and then went on to stay for their collaboration “Drama Free.” This was such a great treat as we really like her voice and respect her so much as an artist. This was probably one of my favorite parts of the night as I really like that song. 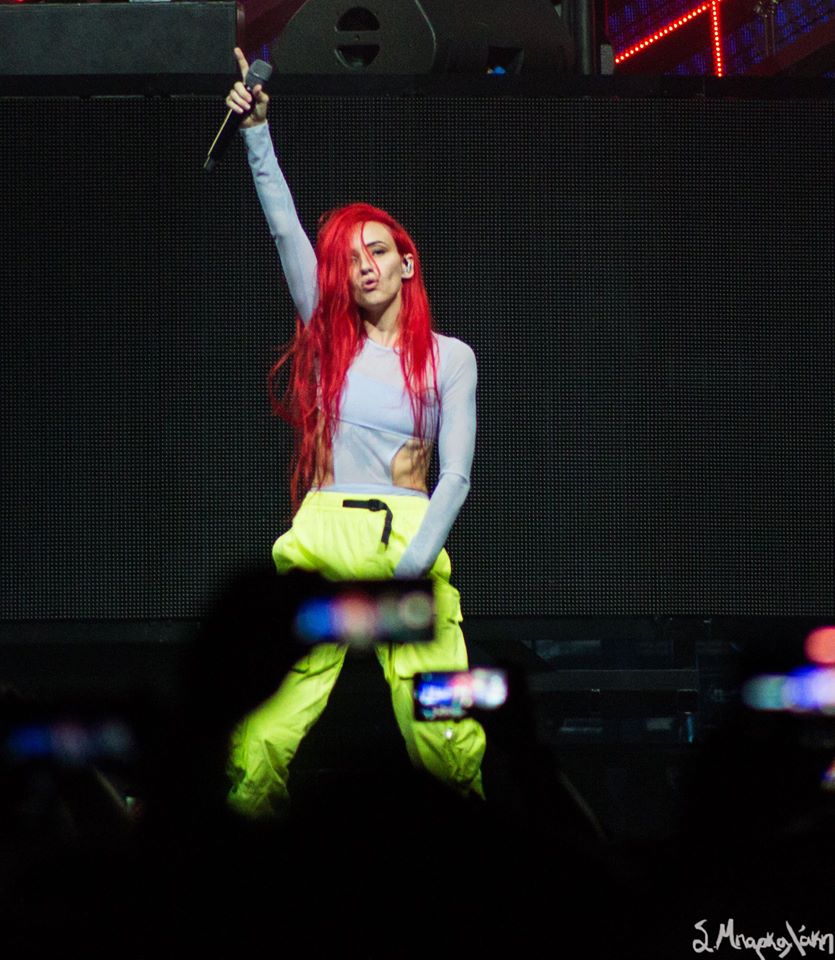 What would be even more funny is while looking at the photos at a glance I noticed a cat by his table set up and wondered if it was real. This was a replica of his own cat that he probably enjoys bringing with him and having it next to him while he plays. It was really a funny catch and for a second I wondered if it was actually real.

He went on to play some more of my favorites “The Veldt,” “Strobe,” and closed out with “Nosedive.” As he stepped down from his main set up to thank his fans he noticed a mau5head he liked. As they requested more songs he said, “I’ll play another one but I want to wear that,” as he pointed in the audience. The fan gladly passed on his own made mau5head and Deadmau5 was back in his cube ready to play more. He closed off the night with “Monophobia,” and even though it was a two hour show it all felt so short. This is an incredible show to catch live and I’m so glad I got to close out the year with it. Best stage production hands down. 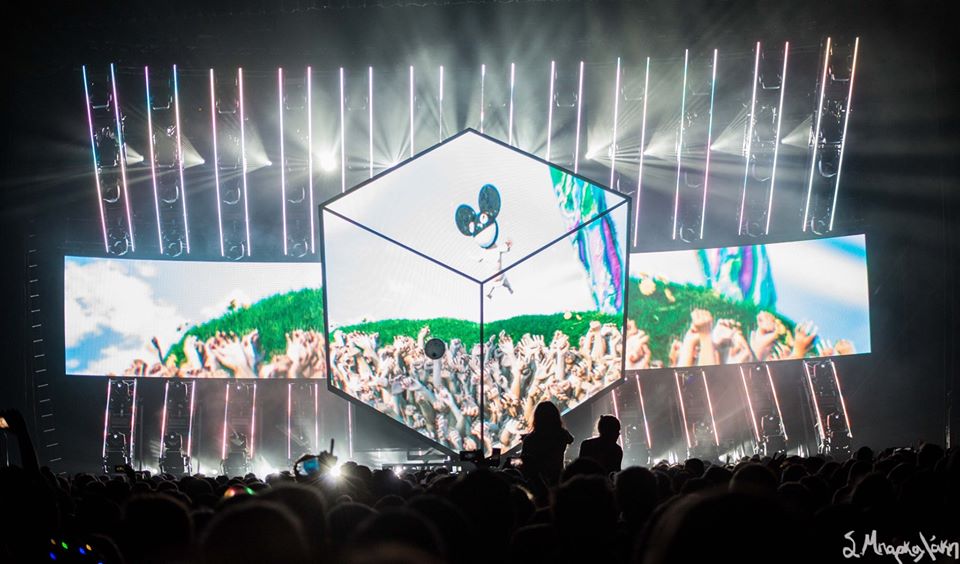