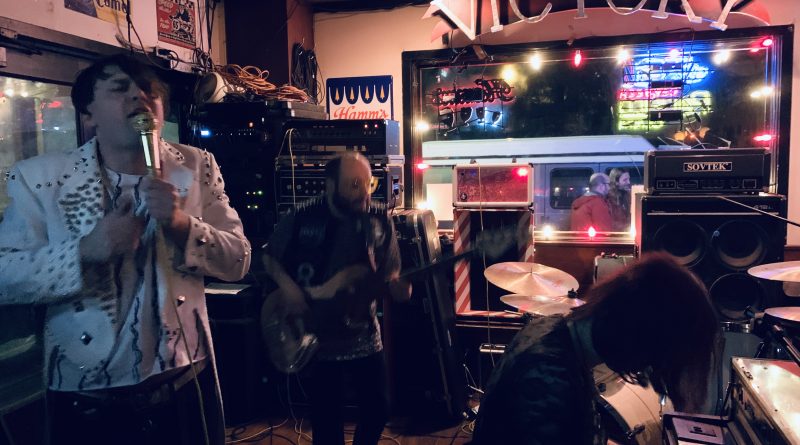 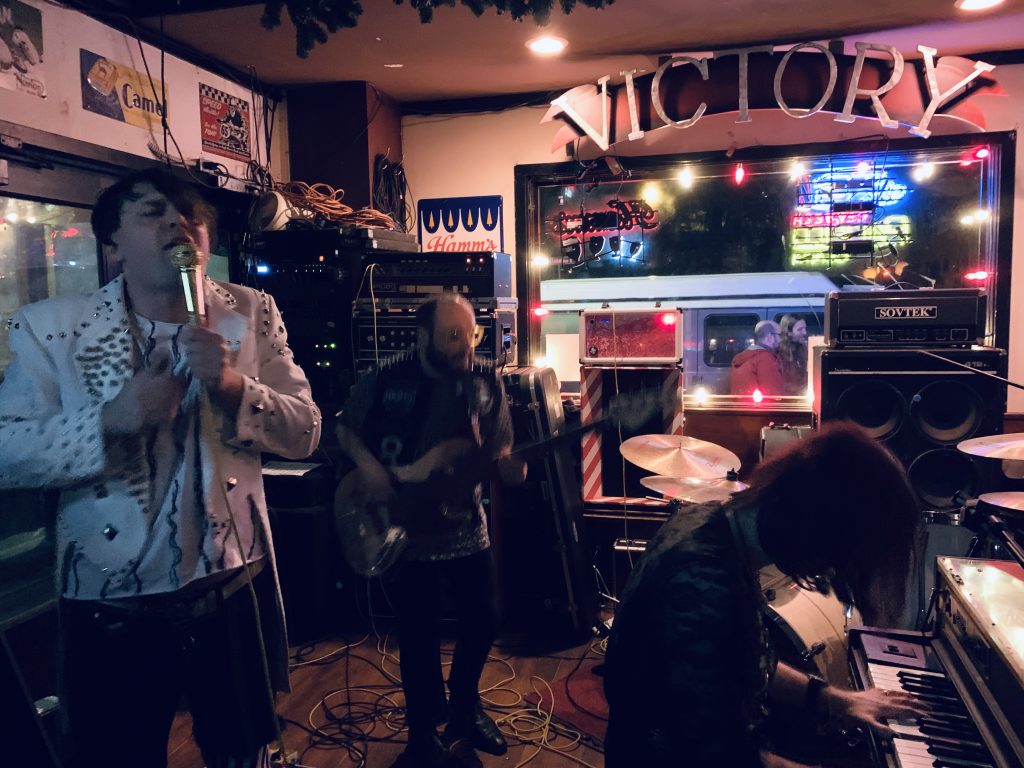 Small venues are the life-source for a music scene. These venues can be those dive bars who not only serve up great cheap drinks but also bring exposure to those acts who deserve to have a place to perform their craft. Victory Lounge is the anchor to one of the few throwbacks to the music scene of the early days – a music strip of only music venues. There were 3 bands tonight but, in this review, we will focus on Crazy Eyes who celebrated their EP release of “It’s Over, Everybody”.

Dirty Dirty is the rock we love to watch and to admire the ferocity of their reckless set – with no synth to be found.

Flesh Produce – A blend between Rap Metal and EDM may seem awkward, but when a band has a lead singer who can not only give the authenticity but also the attitude – this becomes a pairing which needs to be seen and heard to appreciate.

Crazy Eyes has been pushing the local scene for a while, yet it still seems they are still in the background. Led by Kellen, who is this musical genius who continues to find multiple ways to generate these punk rock anthems with distinct melodies with ease. There is an electric piano with its DIY grand piano extension and distinct sounding piano keys, which add a very nostalgic quality to the sound. Kellen is not afraid to expand the stage to the crowd, stand on his piano or jump up and down with the crowd. The music is enchanting, the music is sporadic in melodies and figures a way to turn dissonant sounds into memorable ear pleasing choruses. Crazy Eyes opened their set with a piano ballad “Found Notebook” which Kellen expanded the stage by walking throughout the crowd in his white long coat and gold-plated mic. The song set the mood for the rest of their set with its nostalgia detuned piano keys slowly warping the minds of the entire crowd and preparing them for the next song “Sand Castle Squisher” which feels like an anthem for the outsider. They ended up playing the entire EP and closed the set with the piano punk jangalong “Fried”. 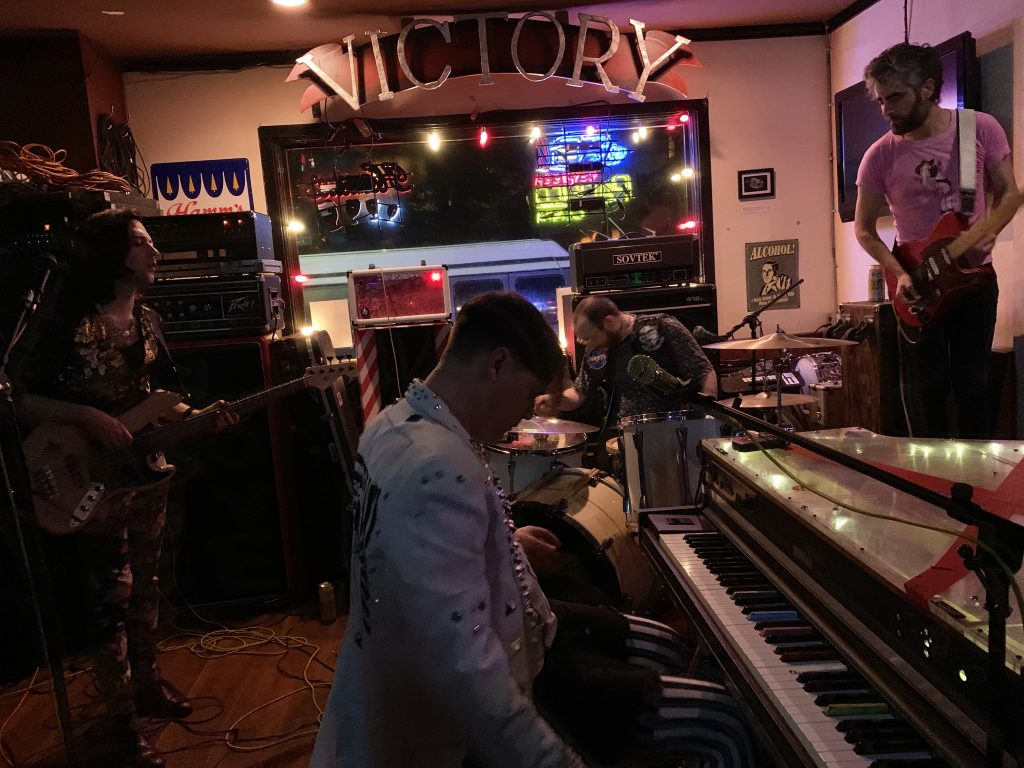 The EP release was a spectacle for local rock and all the ways we can connect to the music around us. Crazy Eyes is embarking on a new year, with more music to be released but until then, go immerse yourself in their recent EP It’s Over, Everybody, released on local DIY Label Den Tapes. Go get weird, dance, mosh and relish in Crazy Eyes, one of the best bands, you have not heard of… yet.