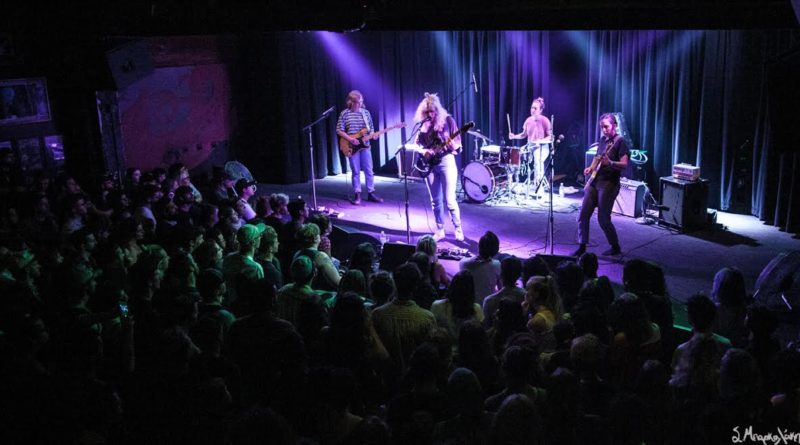 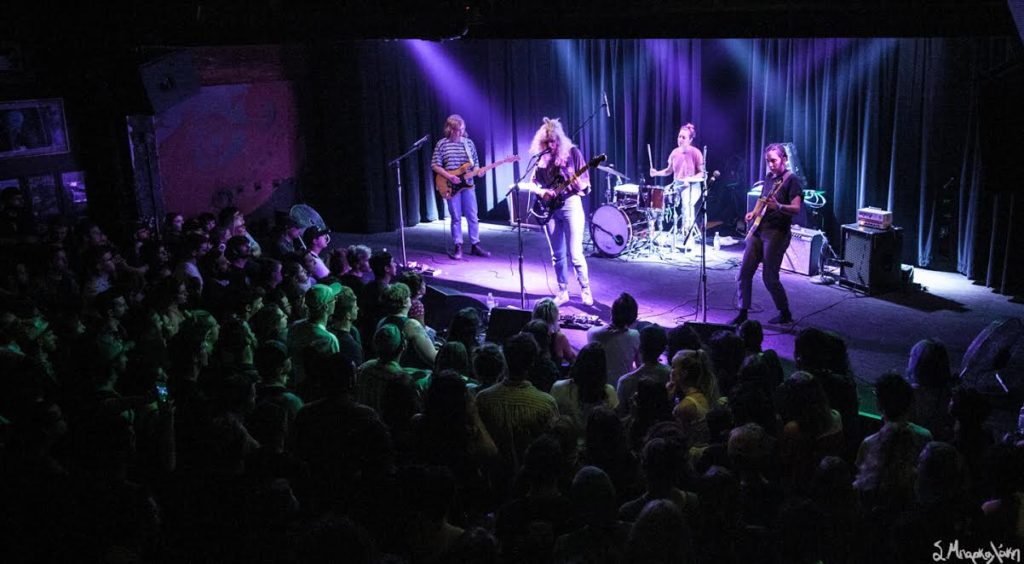 Excited Seattleites gathered at the Crocodile to support Chastity Belt‘s album release party on Thursday, June 1 for I Used to Spend So Much Time Alone, their third record released on the Hardly Art label.  Check out the Northwest Music Scene review of that album HERE. It is always fun to come out to their shows as it always feels like you are attending a huge party including supportive fans, local artists, along with label members.

Fellow record label buddy Jenn Champion started the night off with her band and the sold out room was already full to see her.  She was wearing a Pony Time shirt below her flannel button-up showing her support for the band.  Her live sets are always great to catch as the music is good and her corky humor a joy to witness.  “Vampires” ended with the chorus of Whitney Houston’s, “I Wanna Dance With Somebody,” which made the crowd sing along.  The highlight came during “Tell Me” as a whole bunch of people took the stage to join the dance party including members of Chastity Belt and Lisa Prank.

Next to take the stage was Sub Pop’s So Pitted who pumped the audience a little more with their post-punk sound.  For some reason the muttered voice of Nathan Rodriguez draws you near and the guitar riffs of Jen Koewler keep your focus on the band.  What is a little unusual and makes the band stand out is that drummer Liam Downey switches with Rodriguez and takes the lead for the second half of the set. 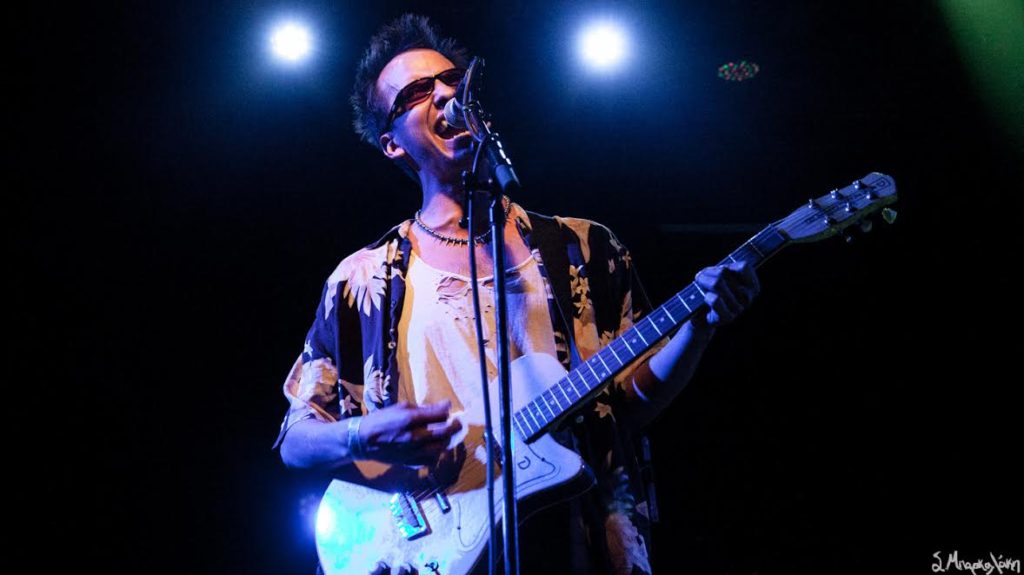 Fans cheered as the headliners took the stage smiling at each other ready to share a good time.  New tunes that stand out were “Different Now,” “5am,” “Caught in a Lie,” and “Used to Spend.”  This record feels a little more personal as the band shares a little more of their feelings out in the open, while Julia Shapiro’s moody enchanting voice carries you into the music as the sound echoes through your mind helping you drift away.

These women are having a great time on stage doing what they like with people they actually really respect and love.  Drummer Gretchen Grimm and guitarist Lydia Lund constantly smile at each other and it feels so genuine to see their connection.  Their chemistry is something that carries over to the audience and everyone is left feeling the tunes. 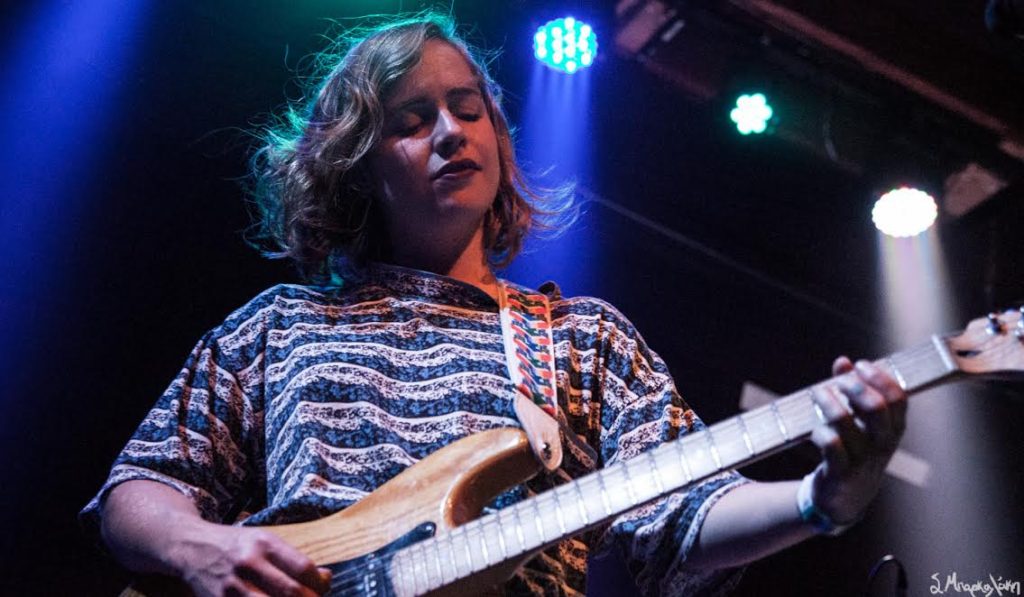 Grimm stepped out from behind her drums and switched with Shapiro for a song which was very enjoyable to hear.  Lund also took a turn in singing a little later on as she swayed left and right carelessly getting lost in the moment.  Bassist Annie Truscott stood on Shapiro’s left as she laid the bass lines down calmly without shoes.  It’s always good to catch this band live and their new record is fresh and next level great.  They constantly find a way to stretch and evolve as a band while still keeping it honest and sincere.