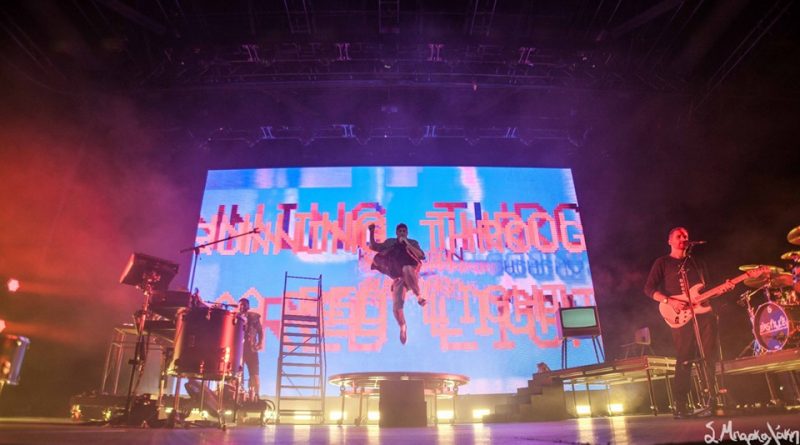 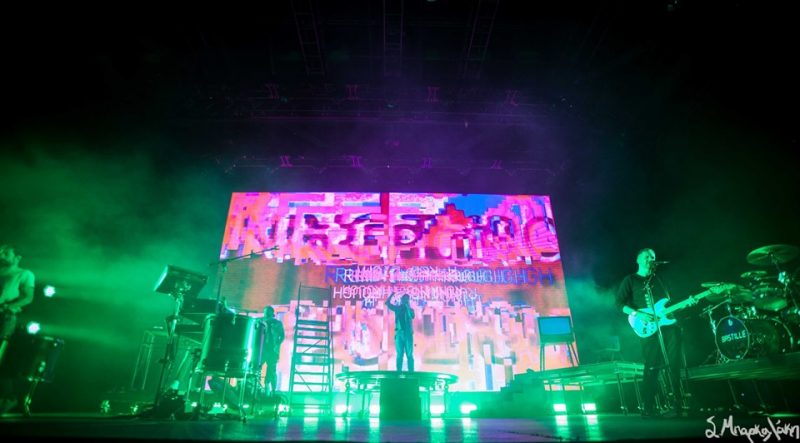 It was a great day to head down to WaMu Theater and end it with a couple of great live bands. Since their breakout debut Bad Blood was released in 2013, Bastille have steadily established themselves as one of the most energetic live shows around. They were back in our city touring their third release, Doom Days , which came out in June.

The night started with one of the most fun touring bands around, Joywave, who seem to always be on tour. We’re not complaining at all, their tunes are always a delight and they bring a good vibe to a concert night. They were very engaged with the audience and Dan Armbruster is always connecting with the crowd. Highlights were their hits, “Dangerous,” and “Tongues.”

After a quick change-through, the huge stage was all set for the main act. As the lights dimmed the band appeared, we noticed lead singer Dan Smith sitting in the back singing “A Quarter Past Midnight.” The huge LED monitor in the back read “Act 1: Still Avoiding Tomorrow,” followed by two more throughout the show, “Act 2: Those Nights”, and “Act 3: The Morning Doesn’t Reach Us.” 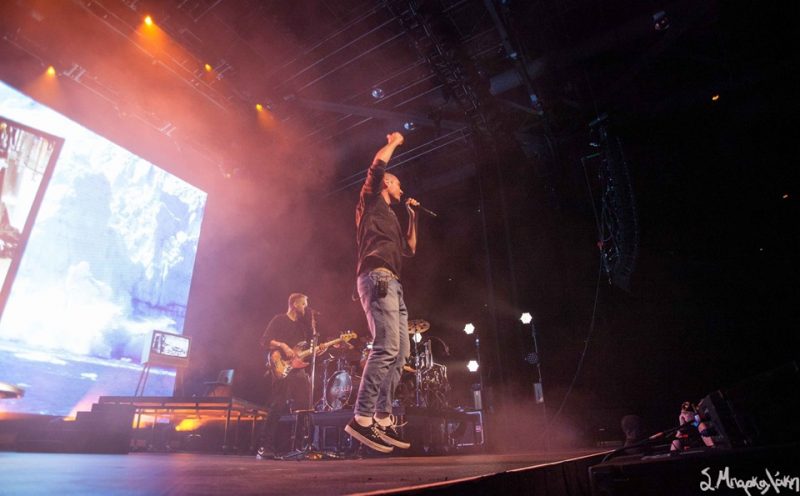 Smith stood on an a small elevated round stage that also rotated as he spun around and would also work as his jump off spot multiple times as he showed us his level of energy. Wearing a black Joywave shirt with jeans and black Vans, he used the stage as his personal playground showing his emotions through his movements. For track “Two Evils,” he stood on a staircase with just a spotlight on him as the screen behind him showed a moon and a window looking out to a burning city as he sang the words, “As I watch the world burn, all I think about is you.”

The window was played throughout the show displaying different images and matching the theme of the songs. Their hit collaboration with Marshmello, “Happier,” followed after as fans danced around to the upbeat tune. Smith then invited Joywave’s Dan Armbruster out for “Bad Decisions,” and then jumped in the crowd performing, “Flaws.” At some point he pointed out and thanked some very dedicated fans who were watching their 100th Bastille show which seemed incredible.

As the show came to an end, fans had the chance to participate as Smith guided them during “Of the Night,” to get low and then explode in a jump. This is always one of my favorite parts of their set as I remember the energy from the first time seeing them at SoDo years ago doing the same thing. For the last song they brought out all of Joywave to close out the entertaining gig with favorite, “Pompeii.” They are always such a good show to be a part of and it’s good to still feel the same emotions as the first time, in a way unchanged by the years. 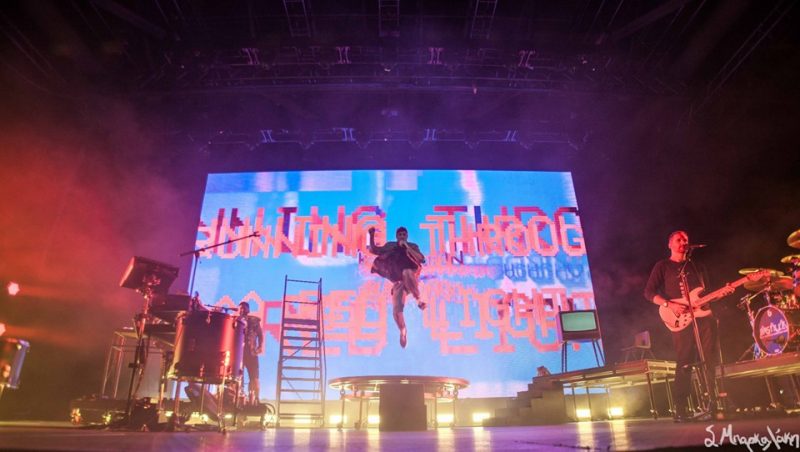