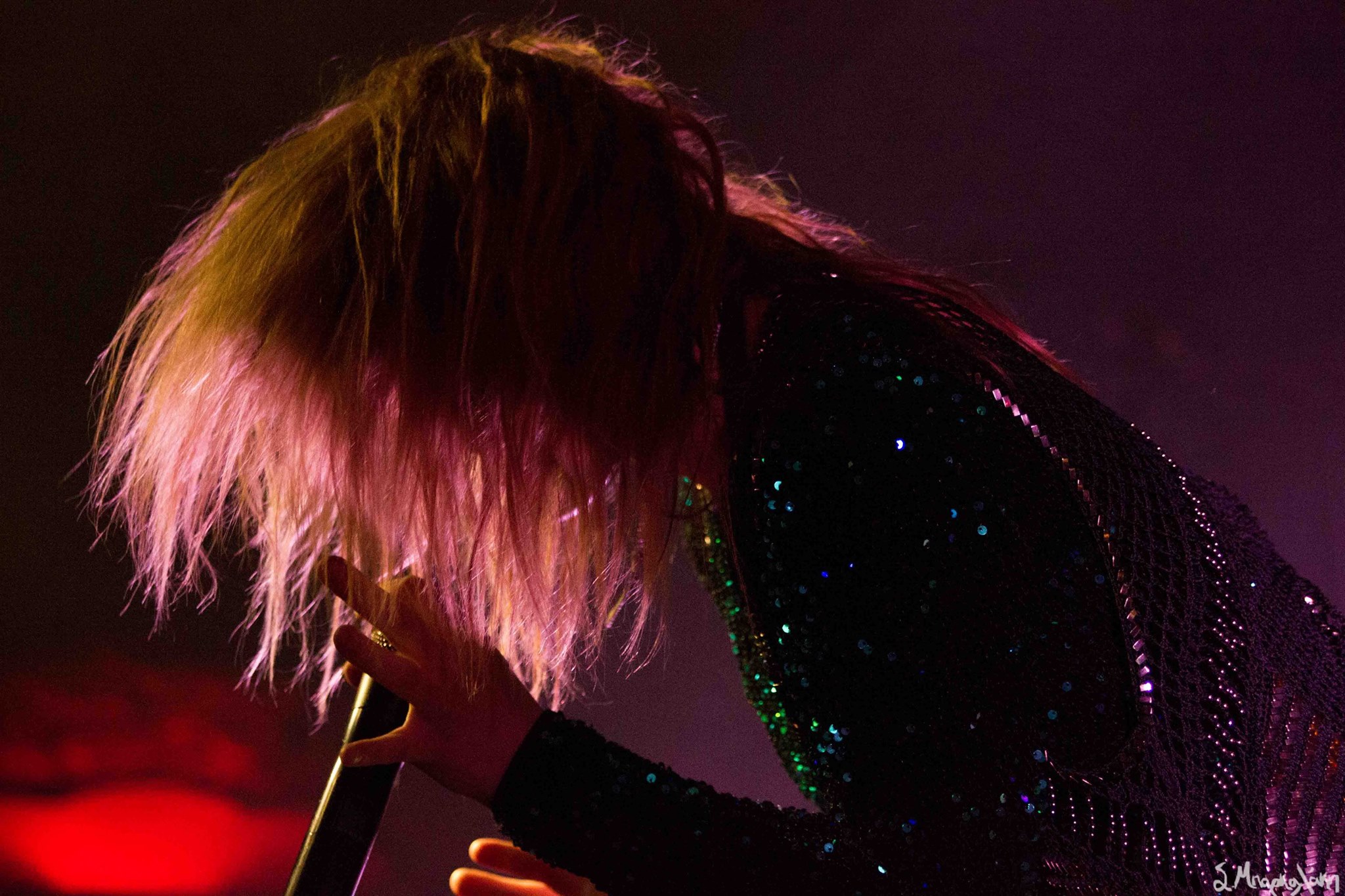 It has been a while since I caught Grace Potter live. As such, I was really thrilled when she announced a show at the Showbox in support of her latest record, Midnight. It really doesn’t take much to become an fan since Potter’s voice will captivate your soul instantly wondering what’s happening. I was really excited to enter the pit tonight since I enjoy the music so much, but what I didn’t realize was that this was the last stop of the tour.

The stage was full of instruments, amps, two drum sets, multiple guitars, keyboards, and a piano, which explained the big tour van parked in front of the venue. I noticed that on top of the piano there was a mug, which, when I first, I looked thought it said NASA. When I looked at it again, it was the logo but it spelled NERD, which I got a good laugh out of.

Shortly after 9:00, the band headed to the stage, and you could just feel it in the air, that feeling of all good energy and vibes. As if they were getting ready to play music for their closest friends before taking a break. As bassist Timothy Deaux got on stage and a guitar tech handed him his guitar, he grabbed it, but at the same time he was hugging him which was cool, and added to the friendly vibe of the night. The band was all smiles, and then Potter came from the side of the stage, smiling at her crew before walking up the stairs.

She started her set with “Hot to the Touch,” and played most songs off her new album, but also a handful of fan favorites from her and the Nocturnals LPs as well. I heard my favorite song of hers, “Timekeeper,” almost halfway through the set, and the more time passed, the more it felt like a jam session on stage. Potter would just sing and play along with her band and turn it into long psych rock sections. You could tell that they were having just as much a blast as the crowd.

When she shared the stage with just her guitarist Benny Yurco to play “Low Road,” the banter became really funny. She shared that for the entire month of January she was telling the audience that it was his birthday to get him noticed by the females. She played a cover of “If You Think I’m Sexy,” and during the jam section she jumped into the pit to get closer to the audience and to get them moving. Her energy was pure joy and happiness, which set the mood for the entire two and a half hours the show lasted.

During “Turntable,” she sat down and took her boots off to get more comfortable jumping around, stood up and threw them off-stage while smiling. She ended her main performance with the hit “The Lion The Beast The Beat,” before returning for the encore. After a very loud crowd expressed interest in wanting her back for more, she returned, and before starting any songs, she went on to thank everyone for being there.

“We do this because of you,” She smiled. “Let’s pretend we’re on top of the Space Needle for this next one.” She grabbed her acoustic and began “Stars.” Every time I hear the first words in this song I get goosebumps, and hearing it live was no exception. Her voice grabs you and you simply have no choice but to listen carefully and want more. After that, she shared a new song she wrote after David Bowie passed, titled “As the World Falls Down,” dedicated to his memory.

The night was moving along, and it was almost 11:30, which made the show fairly long, which impressed me. The night ended strong with the new track “Delirious,” and a loud sing along of “Paris,” during which time she incorporated introducing the band and crew into the fold. This night felt very special because the tour was coming to an end mostly to sold-out venues, a great success. I can’t wait to see where the road goes for Potter as she is so talented and can really accomplish anything.

Posted by S.Barkalakis on Monday, 15 February 2016