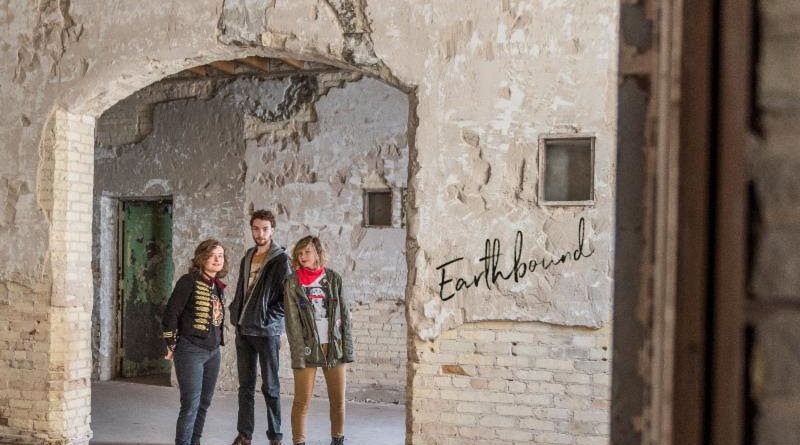 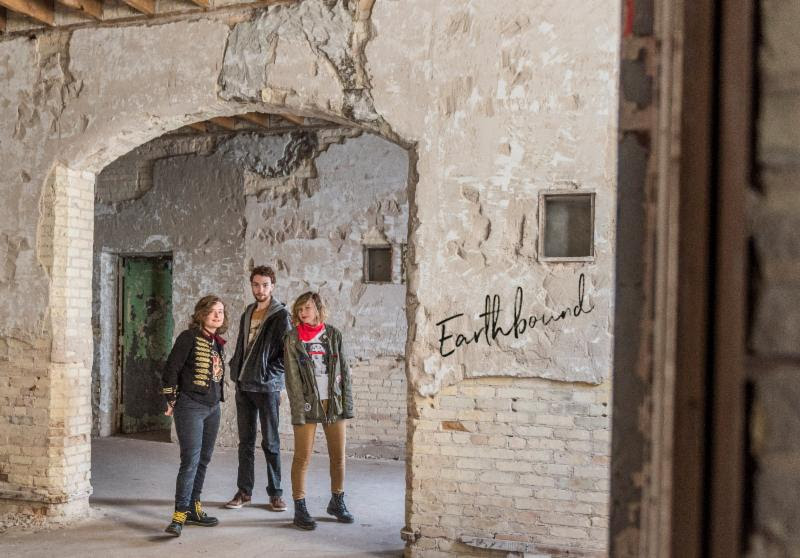 Sony Masterworks recording artists, The Accidentals, are excited to unveil the music video for, “Earthbound,” via Baeble Music. The clip begins in what Sav describes as, a “lucid dream.” Isolated inside the walls of an abandoned psychiatric hospital, the separation from reality creates an atmosphere of hopelessness as the music explodes amongst Himalayan Salt Lamps and the fading light between the cracks in the boarded windows. A human connection to band members, Katie and Michael provide sanctuary, healing, and a way out.

“Everyone struggles with something at some point in their life,” multi-instrumentalist Sav Buist told Baeble. “‘Earthbound’ came from a darker place. It was part of the story and it was part of the healing. It goes out to the people who aren’t sure tomorrow can be better. It can. Making this video was therapeutic in a way. It was filmed in an abandoned psychiatric hospital whose focus was once to bring beauty from tragedy.”
Named one of Yahoo Music’s “Top 10 Bands to Watch in 2017,” The Accidentals have crafted a genre all their own, fusing elements of folk and pop into their signature sound. Comprised of multi-instrumentalists Sav Buist and Katie Larson, and joined on stage and in the studio by drummer Michael Dause, the band released their debut album, ODYSSEY, this summer on Sony Masterworks.
Since bonding during a high school orchestra event in their hometown of Traverse City, MI, The Accidentals have performed over a thousand live shows, including headline dates and festival sets, and shared stages along such like-minded acts as Martin Sexton, Brandi Carlile, Andrew Bird, The Wailers, Joan Baez and others. Their SXSW debut saw them hailed by Billboardfor “displaying a genre-hopping range of influences and some smart songwriting skills to go with their abundant musical chops.”
Check out the full list of tour dates below.
2 – Evanston, IL. – SPACE
3 – St. Charles, IL. – Old Town Pub
4 – Effingham, IL. – Stellar Cellar
6 – Columbia, MO. – Rose Music Hall
7 – Springfield, MO – Hotel Vandivort (5 PM, Acoustic) / Lindberg’s Tavern (11 PM)
9 – Tyler, TX. – Stanley’s BBQ
10 – Dallas, TX. – Prophet Bar
11 – San Antonio, TX – Sam’s Burger
16 – Austin, TX. – SXSW Music Festival
17 – Eden, TX. – Green Apple Music Series