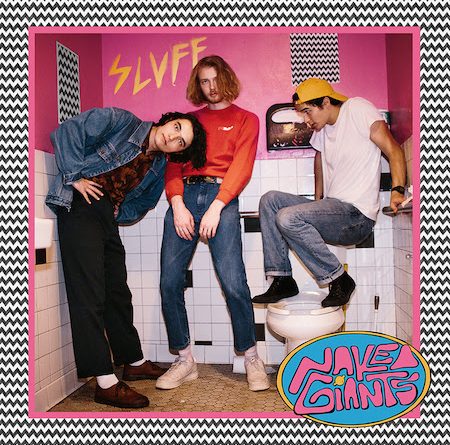 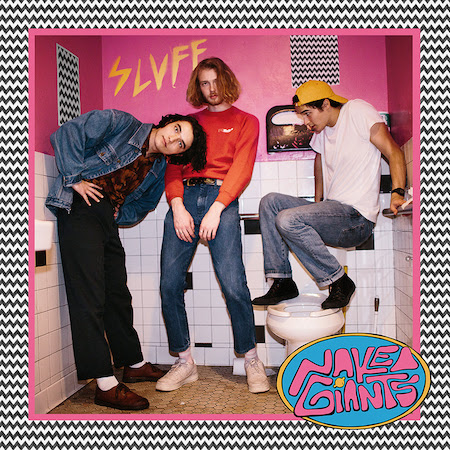 Naked Giants have signed to New West Records and are set to release their debut album SLUFF on March 30th, 2018. The 12-song set was produced by Steve Fisk (Nirvana, Unwound, Soundgarden) and is the Seattle trio’s follow up to their 2016 R.I.P. EP, whose songs Stereogum described as “…hulking behemoths that channel classic rock bravado into something blistering and immediate.” SLUFF swirls with hyperactive restlessness as 1960s harmonies share space with 1970s riffs while at the same time battling an undercurrent of punk rock and modern indie influences. The song “TV,” for example, is a kaleidoscope of sound that seems to take in the whole history of rock’n’roll but reframes it in a more contemporary context within it’s six and a half minutes. UPROXX has premiered the Sean Downey-directed video for “TV” today — you can watch it here.

Formed in 2014, Naked Giants consist of guitarist/vocalist Grant Mullen, bassist/vocalist Gianni Aiello, and drummer Henry LaVallee. Of the band, Aiello offers, “From our perspective as millenials where everything is accessible all at once, there is no difference to us between punk and classic rock or anything like that because we’re all observing it at the same time through the same lens. And yes, history exists, but if you’re just flipping through something on the TV, it all kind of conflates together – kind of like the song does.” Steadily building up their reputation as a live act, Naked Giants have become members of Car Seat Headrest’s newly expanded 7-piece live band and will also support Car Seat Headrest with their own sets on their worldwide tour. The band will also be appearing at SXSW March 12-18th. Please see all dates below. SLUFF will be available digitally, as well as compact disc, pink colored vinyl and can be pre-ordered via NEW WEST RECORDS.

Because as much as the trio – who are all in their very early 20s now – have their heads screwed on and are fiercely intelligent people, they also want to let loose and enjoy being in a band (after all, that’s kind of what being in a band with your closest friends is all about). The clash of cerebral and intelligent – the desire to say something meaningful but also just have some fun – is what underpins the very essence of who Naked Giants is. It’s a band of contradictions. Their music, which is simultaneously timeless and modern, new and old, is loud and brash and raw, but there’s a vulnerability there, too. In fact, SLUFF is a melting pot of ideas and sounds that, on paper, don’t seem like they would go together, but which form one phenomenally cohesive whole.

Their music is the sum of all their influences and then some. And then some more. “What’s interesting to me,” ponders Aiello, “is we have very different influences, so when we’re all jamming it’s like being pulled apart and pushed together in so many different directions. And I think that’s a good thing.” “These are songs that we’ve played live for a long time,” explains Mullen. “We wanted to showcase the different kinds of songs we’ve written and put them all onto an album that flows together, making it tie together into something that means something.” Drummer LaVallee offers, “I just want to make as much noise and have as much fun and get as sweaty as I can. And if that resonates with people, that’s who I want in my life. That’s who I want to play music for.”

Check out a full list of the band’s tour dates below.