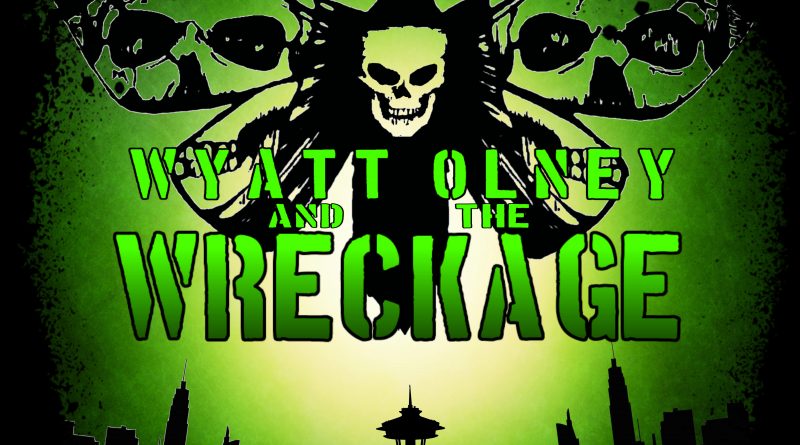 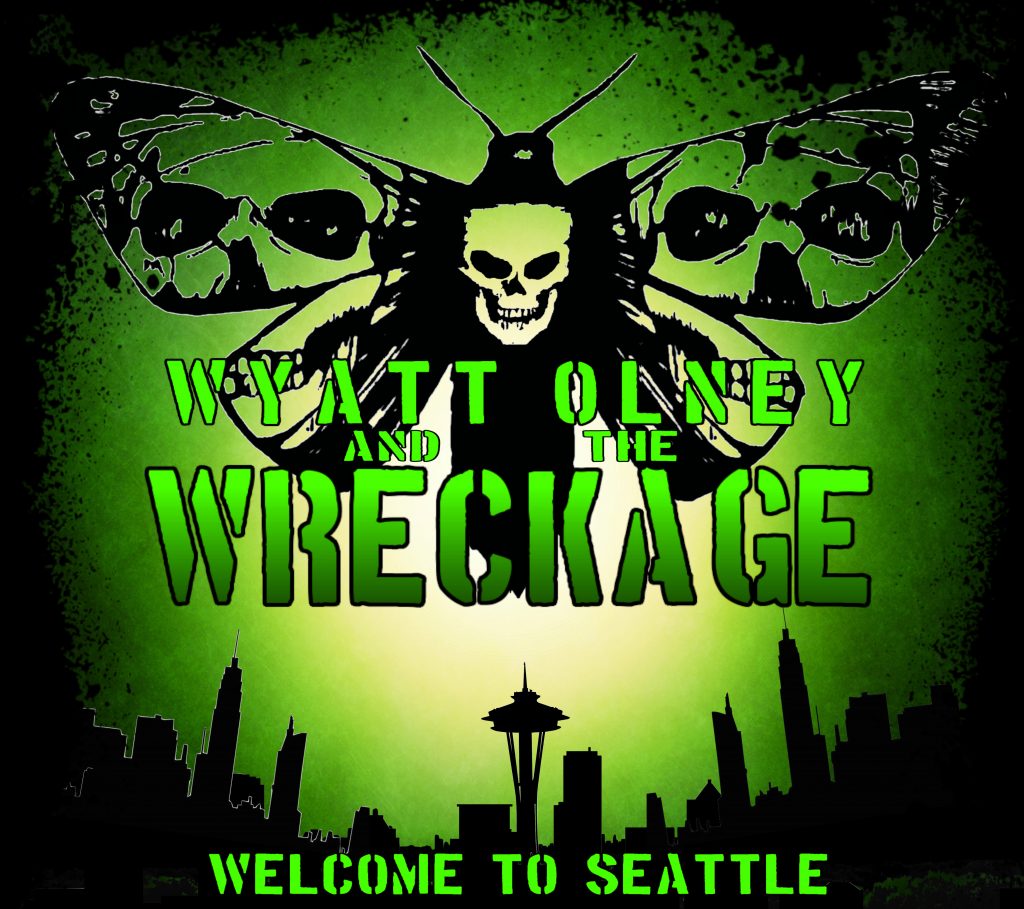 This Saturday, October 14th, Wyatt Olney and the Wreckage (WOATW) will be releasing their second full-length album, Welcome to Seattle as part of the Migsfest II bash at Studio 7. Steve Migs (of the infamous “BJ & Migs” morning show on KISW) hand picks the bill every year so you know it contains the best of the best. Joining WOATW is The Last Internationale (from NYC), Windowpane, Van Eps and Bruiser Brody. Yes, FIVE great bands will be performing at this shindig which means 1.) it’ll likely sell out and 2.) it’ll be talked about for years to come.

Comprised of the same lineup, Welcome to Seattle is Wyatt Olney (vox/guitar), Kyle Gibboney (lead guitar), Rob Brennan (drums) and Willie Nelson’s (bass/backing vox) follow up to Dark Futures. It was even recorded in the same studio (The Office Studios) and benefited from the same producer (Don Gunn). It’s noticeably more intense and aggressive, leveraging dual-electric guitars throughout. The band described the album “as a love letter to the current Seattle music scene. Our influences for this album were not the grunge-era artists of the 80’s and 90’s, they are the hard-working bands creating incredible art right now in the Seattle music scene. Current Seattle artists like Ten Miles Wide and Devils Hunt Me Down are even mentioned by name in a couple of the song’s lyrics.” Try to pick out those songs when you give the CD a listen.

Much like their first release, the intro track is a prelude to the second/title track. The two go hand in hand. The CD starts with a stormy, rainy tone (“Reign”) then hammers you with “Welcome to Seattle,” an anthemic tribute to the vibe of Seattle and the music being produced locally today. About two-thirds through the song, Wyatt delivers the song’s title lyrics in an epic and unnerving way. When you hear it, you’ll never forget it. It’s also worth checking out their (censored) music video on YouTube by clicking here.

The first song written for the album, “Lights Out,” was actually composed on the night of the Dark Futures CD release show in the summer of 2016 when the power went out at Tony V’s just before their set began. They ended up playing an acoustic set in a nearly pitch black venue to a sold-out crowd. The first recorded song, “Off the Wagon,” was originally released in February 2017 as a single. The song was recorded amidst a wild party in the recording studio. Rumor has it that the gang vocals were recorded in a giant room filled with wasted friends. In fact, some of the vocals had to be redone 10-15 times because of drunken banter happening in the background. This madness led to the vibe of the song, you can hear the debauchery and energy in every moment.

There are 12 tracks total on the album that contain as much lyrical substance as musical affluence. Philosophical questions on life, regrets from the past, sexual encounters, the denial of forgiveness, religious offense and depression are included. This is a record that begs to be “turned up to 11” while being thought-provoking. It even contains a ballad featuring Glenn Cannon from Windowpane. This record is an embarrassment of riches and the obvious product of months of WOATW’s effort. Wyatt’s vocals cover the spectrum and the musicianship is tight throughout. It an engaging listen to say the least.

Though the album has plenty of fun, fast paced rock anthems, there is an overarching theme throughout the CD of coming to grips with your fate and/or damnation. The journey climaxes in the final track on the album, “Bright Futures” with an unexpectedly happy and hopeful message for listeners backed by a catchy post-punk sound. The chorus sums up the tale’s turnaround: “So cross your heart and hope to die/I’ll carry you through blackened skies/And when we finally reach the end/We can burn this darkness, let bright days begin.” Overall, it’s a solid offering by a young band skyrocketing through Seattle’s rock scene. Catch them while you can.

(Check out “Hell & Back” below via Youtube and get more info about the band on Facebook HERE.)