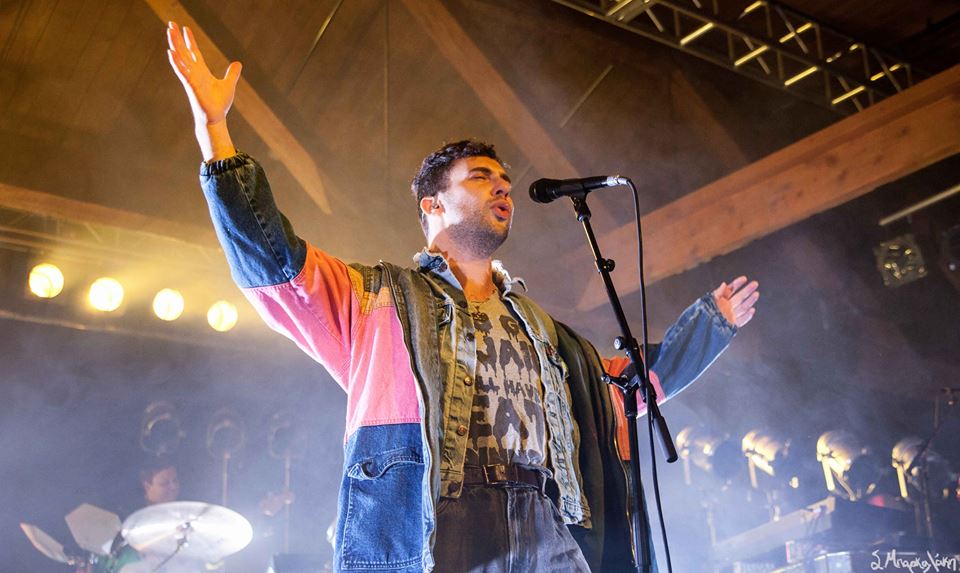 We headed to the Showbox SoDo this evening for a night many have been excited about for a while. The return of Bleachers to Seattle, along with the release of their second record, Gone Now, has built much anticipation. After the wide success of their debut, Strange Desire, front man Jack Antonoff continues to become a huge part of today’s music, not only by releasing his own tunes but also producing the likes of Taylor Swift, Pink, Lorde, and most recently St.Vincent.

There was another pleasant surprise for fans tonight as the openers of the show were Tangerine, a local favorite who has recently relocated to Los Angeles. It’s always nice to see Seattle natives jump on these huge tours and receive the attention they deserve. Sisters Marika and Miro Justad, along with guitarist Toby Kuhn, have been building their reputation for a while now and this seemed like a natural progression. Their latest single “Sly Moon,” is an earworm and seeing them live again was a great reminder of how much we like them. 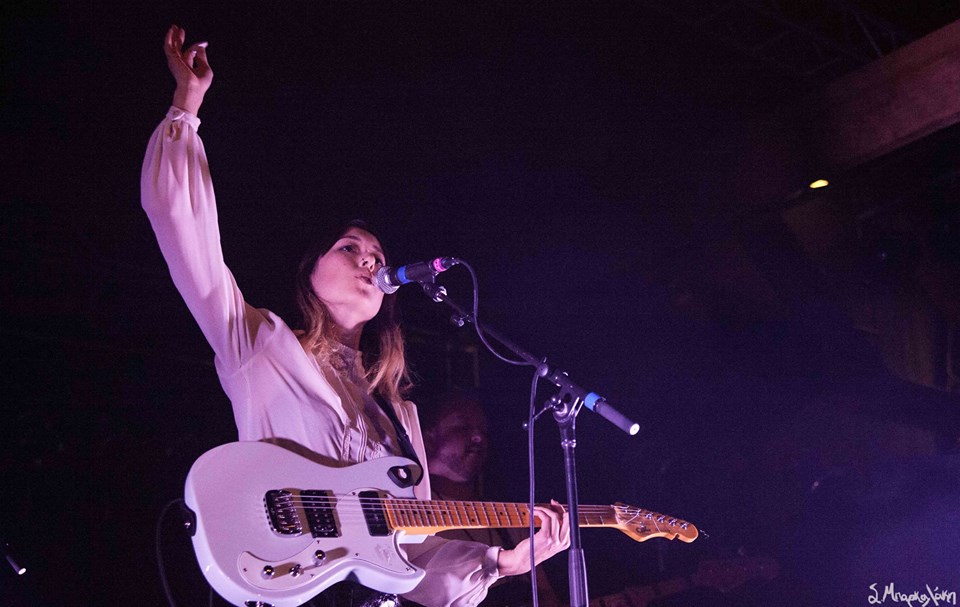 The lights went out shortly after the stage was setup for the headliner and Antonoff appeared towards the back, dressed in his white general’s jacket and hat singing into a mic. The audience screamed in excitement as he started the night off on a slow note but blasting into the chorus with lights and his band joining him. He came to the front of the stage dressed in a jean jacket, jeans, and his signature Dr.Martens reminding us a little of a young Bruce Springsteen.

The band played tunes from both records along with an amazing cover of Tom Petty‘s, “American Girl,” that Antonoff played solo on his guitar before launching into “Like a River Runs.” This was probably the most heartfelt moment of the night as he stood alone playing these songs, especially the one he wrote about his sister who passed away at a young age. He has the power to put on a fun pop show where you will surely dance with “Rollercoaster,” and “Don’t Take The Money,” but also create moments of silence. 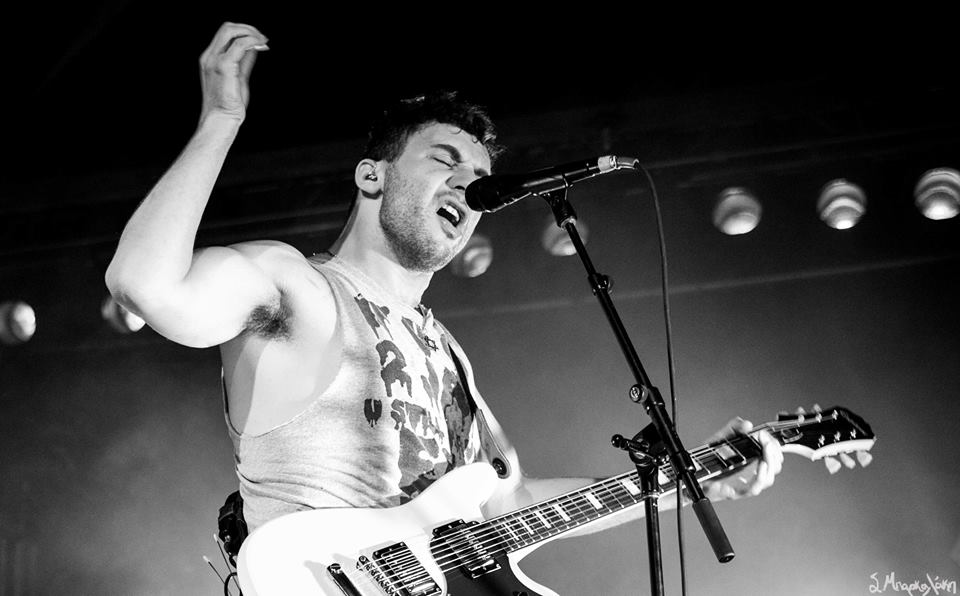 He thanked the crowd for their support and shared how much he really loved Seattle. “I’m not lucky enough to live here but it’s an honor to be on this stage tonight.” The fact that this guy is so amazingly real in the way he lives his life despite of his success is another reason we love him so much. We wish that this will never change as we need more artists like him to exist and create.