Music fans of the Pacific Northwest, hello and welcome back to our third annual year-end daily countdown, 100 Bands in 100 Days, where every day until December 31st, we’re showcasing a new band or artist you have to know about, presented by Verity Credit Union. Follow the #100Bands100Days hashtag on Twitter to stay on top of all the bands featured and make sure to follow Verity on Twitter as well. Some days the featured act could be an established and locally-adored northwest-based musician that perhaps you haven’t been turned onto yet, and other times they could be a band with a small following that just hasn’t had their deserved time in the sun yet. Either way, we’re fairly confident you can come away from this daily segment with plenty of new favorites. Today’s musical offering is a band called Oliver Elf Army that calls Everett home. 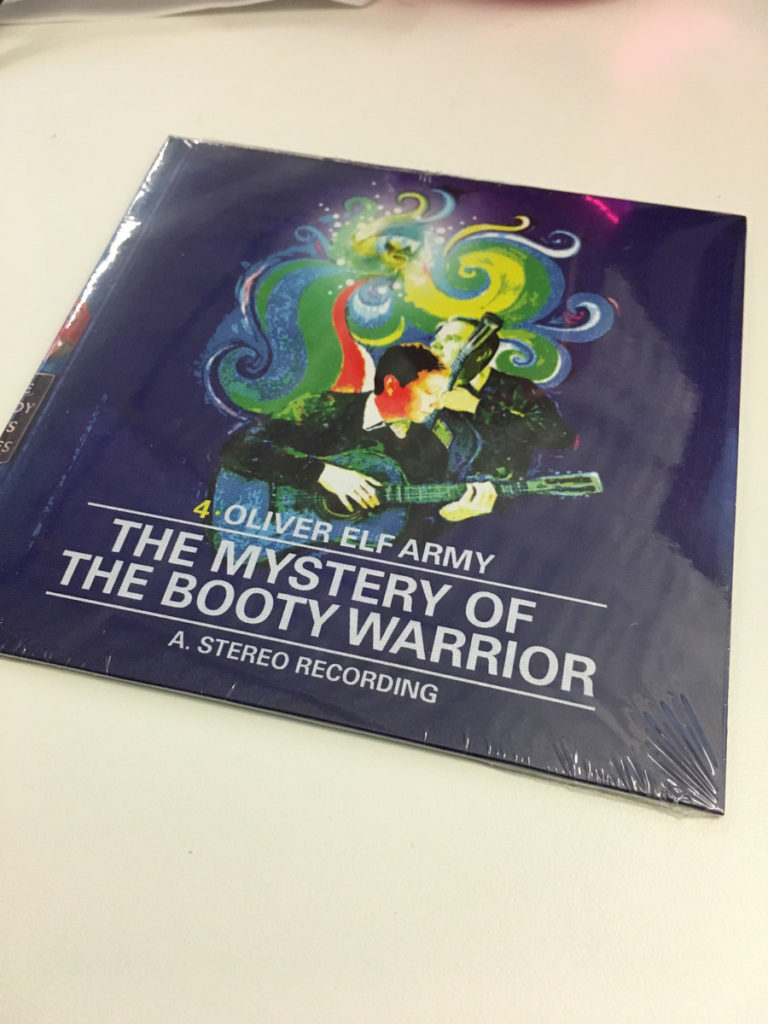 Over the last few years the music scene in Everett has really put itself on the map. due in large part to the Everett Music Initiative and the hugely popular Fisherman’s Village Music Festival. Today’s band Oliver Elf Army is another of the bands that is part of that scene and since today is Christmas Day, it would be a crime to not have a band that had the word “Elf” in their name. Their approach to music is simplistic but  the sounds that emanate from this band are pretty catchy, mainly because of the lyrics.  Their latest EP The Mystery Of The Booty Warrior was released in March of 2016, recorded at Dub Narcotic.

Are they sinister pop? Are they melancholy punk? Are they fuzzed up low fidelity rock and roll? Indeed. Mary (drums) and Martin (guitar), have created their own unique sound, with hummable songs about grade school nemeses, regional genocide, and ghostly apparitions of Eighties icons.

OEA have had the opportunity to play some great shows so far, including opening for the much missed Pony Time at Obsidian in Olympia, opening up the Scuttlebutt 20th Anniversary Rock the Boat concert featuring Cave Singers and Radiation City, and kicking off the Stereo Wire stage at this year’s Fisherman’s Village Festival in Everett.

Oliver Elf Army is another of the growing list of bands we’ll be watching in 2017 to see what they come up with next.