Music fans of the Pacific Northwest, hello and welcome back to our third annual year-end daily countdown, 100 Bands in 100 Days, where every day until December 31st, we’re showcasing a new band or artist you have to know about, presented by Verity Credit Union. Follow the #100Bands100Days hashtag on Twitter to stay on top of all the bands featured and make sure to follow Verity on Twitter as well. Some days the featured act could be an established and locally-adored northwest-based musician that perhaps you haven’t been turned onto yet, and other times they could be a band with a small following that just hasn’t had their deserved time in the sun yet. Either way, we’re fairly confident you can come away from this daily segment with plenty of new favorites. Today’s musical offering is a band called Lanford Black that calls Seattle home. 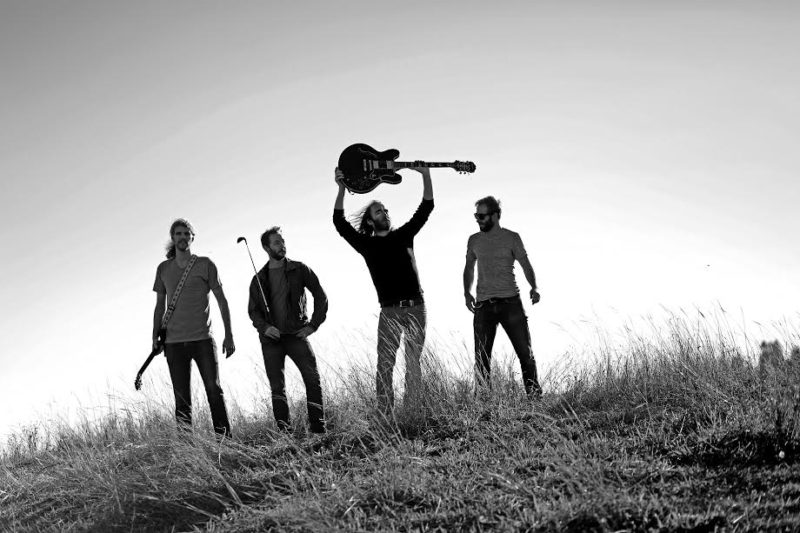 Back in May of 2016, while were attending Folklife, we stumbled across today’s band on one of the outdoor stages.  Although we didn’t get around to reviewing their 2015 release Peppermint, we had listened to it and liked it, so we were anxious to check out their live set. Their stage performance at Folklife was energetic and clearly won over the crowd with a brand of indie rock all their own. Although the whole band is great, the distinct vocal stylings of Zach Shaw are what separates Lanford Black from others in the genre and if their next release is anything like the last one, it should do quite well.

Lanford Black formed in 2012 with Zach Shaw and his twin brothers, Ben and Josh Phelps. The band built itself around soulful melodies and a tight rhythm section with influences from Ray Charles, Otis Redding and The Meters. Two years later, Josh’s college roomate, Forrest Gilchrist, joined the band and Lanford Black truly found it’s stride. Onstage chemistry was a non-issue: these guys love making music together and their energy is infectious.

Lanford Black is a rock/soul/indie band with raw vocals, searing guitar riffs, and an electric live performance, Lanford Black offers an invitation to the dance floor that’s impossible to refuse. The band released their debut EP, Peppermint, in November 2015 and are working on their first full length set to release next year. Make sure you listen to the five song EP below.

If you are looking for another northwest band that will have you wanting more, this might be for you. We can’t wait to hear the 2017 release from them.

(You can check out Lanford Black on Facebook and you can listen to them at Bandcamp and/or stream the ‘Peppermint EP’ below.)