Music fans of the Pacific Northwest, hello and welcome back to our third annual year-end daily countdown, 100 Bands in 100 Days, where every day until December 31st, we’re showcasing a new band or artist you have to know about, presented by Verity Credit Union. Follow the #100Bands100Days hashtag on Twitter to stay on top of all the bands featured and make sure to follow Verity on Twitter as well. Some days the featured act could be an established and locally-adored northwest-based musician that perhaps you haven’t been turned onto yet, and other times they could be a band with a small following that just hasn’t had their deserved time in the sun yet. Either way, we’re fairly confident you can come away from this daily segment with plenty of new favorites. Today’s musical offering is a band named Sebastian and the Deep Blue that calls Seattle home. 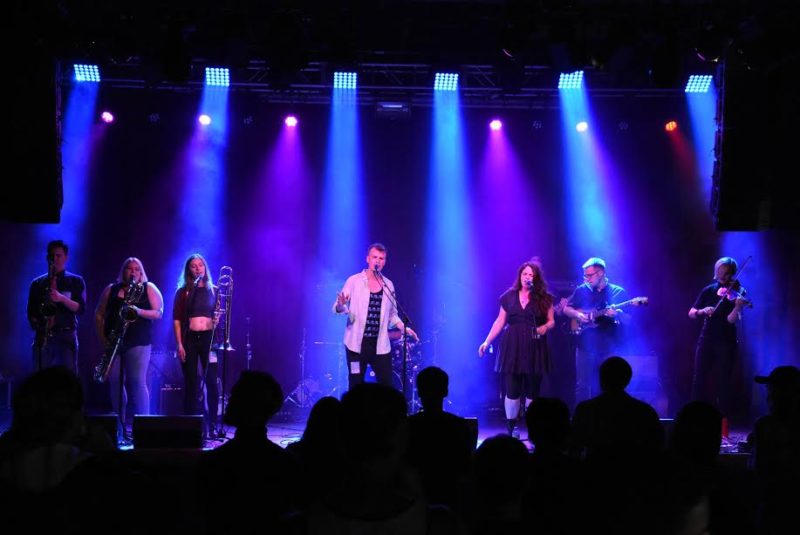 Let’s face it, there aren’t a lot of pop or rock bands that lean heavily on horns for their sound, in fact it’s almost like there is a rule against it. One exception to that imaginary rule is Seattle’s Sebastian and the Deep Blue who have found a way to use brass and strings to development a sound all their own.  While they definitely fit pretty comfortably inside the chamber pop world, that’s a vast place, at times hard to define. So it leaves a lot of room to tinker around with the sound and be completely unique, which they accomplish brilliantly. They are thankfully all over the musical map, seemingly not bound by any pre-conceived notion of what a band or orchestra with horns should sound like.

Sebastian and the Deep Blue Chamber Pop Orchestra with full brass and string section. Artful arrangements combine with pop sensibilities to create a sound which is undeniably their own. Think Talking Heads, Budos Band and Sufjan Stevens all rolled into a burrito. A musical burrito. Chamber pop meets the quirky energy of post punk. Dark grooves contrasted by sing song melodies and lonely ballads.

Sebastian and the Deep Blue founded in 2011 is a one of a kind group. Fronted by singer, songwriter and composer Barry Sebastian, the band is lush with vocal harmonies, addicting horn sections, classic pop progressions, artful compelling arrangements and a folk rock attitude. Though their songs are diverse, their unique sound is the glue that holds them all together. Most importantly, the band never loses sight of the emotional platform great songs are built from.

Some of the recent notable shows you may have seen them at include a couple of appearance at Capitol Hill Block Party the first one in 2014 and then last year as well.  They were also a guest on the dearly missed Bob Rivers Show on 95.7 The Jet and most recently on KNKX, who used to be KPLU. You can check that segment out HERE.

If you are looking for a new band to check out that has a unique sound and does their own thing, give this band a chance.