Music fans of the Pacific Northwest, hello and welcome back to our third annual year-end daily countdown, 100 Bands in 100 Days, where every day until December 31st, we’re showcasing a new band or artist you have to know about, presented by Verity Credit Union. Follow the #100Bands100Days hashtag on Twitter to stay on top of all the bands featured and make sure to follow Verity on Twitter as well. Some days the featured act could be an established and locally-adored northwest-based musician that perhaps you haven’t been turned onto yet, and other times they could be a band with a small following that just hasn’t had their deserved time in the sun yet. Either way, we’re fairly confident you can come away from this daily segment with plenty of new favorites. Today’s musical offering is a musical act from Portland called Candy Cigarettes. 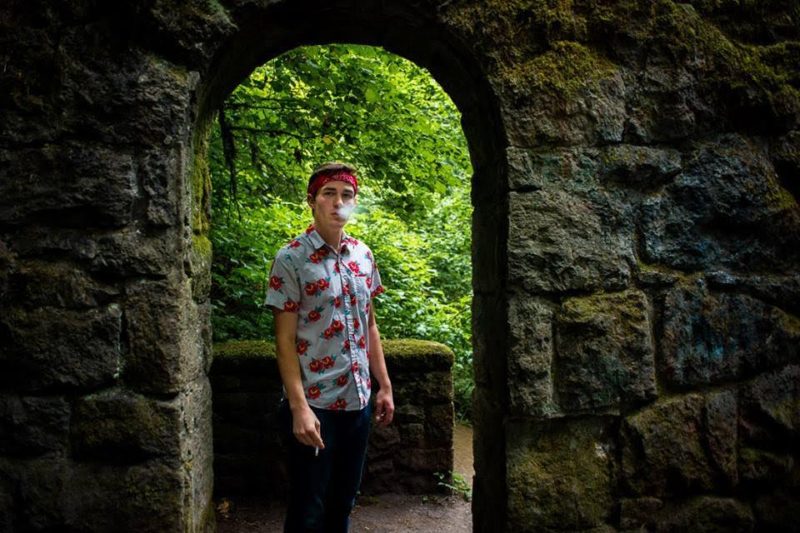 One listen to today’s featured artist and you instantly get the sense that he’s all about trying new things in his music. With a sound that is sometimes fuzzed up dream pop and other times alternative rock and still other times a distinct mix of the two, he has a sound that is catchy as hell. His hook filled songs display, that on top of the musicianship, he’s got chops as a songwriter as well.

Candy Cigarettes is the one-man band of singer/songwriter, self taught multi-instrumentalist, and producer, Lane Mueller. At 24 years old, he’s already carved a name for himself amongst Portland’s highly proclaimed music scene. Lane self-released his first album titled Candy Cigarettes in May of 2016.

Candy Cigarettes is the one-man band of singer/songwriter, self taught multi-instrumentalist, and producer, Lane Mueller. At 24 years old, he’s already written hundreds of songs, played live shows, received radio play, lent music to film, and carved a name for himself amongst the elders of Portland’s highly proclaimed music scene. Smoke ’em if you got ’em!

Mueller also released a Christmas album at the end of November, with the money from the album’s sales donated to the Salvation Army. You can check that album out HERE.  This was a last minute project that was started a week before its release date.

With him being just 24 years old and possessing a mountain of talent in all the right places, Candy Cigarettes seems destined for huge things and we’ll be keeping an eye on him in 2017.