Make sure you are checking the #100Bands100Days hashtag on Twitter on a daily basis to stay on top of all the bands featured and be sure to follow Verity and NW_Music_Scene on there. Some days the featured act could be an established and locally-adored northwest-based musician and other times they could be a band with a small following that just hasn’t had their deserved time in the spotlight yet. Either way, we’re fairly confident you can come away from this daily segment with plenty of new favorites. Today’s featured act is Casualty of God.

A classically trained opera singer, taught by the legendary Maestro David Kyle (who also taught Alice In Chains’, Layne Staley, Heart’s Ann Wilson, and Geoff Tate of Queensryche), Chris Renshaw with his 21 year old guitar prodigy and collaborator, Cody Green, unleashes a sonic assault on the world in a way few have even dared.

The debut effortlessly careens from the crushing, metallic brutality of “The Mechanism” (appropriately the current intro music for ultimate fighter, Mankill) to the polar opposite, gothic Americana of “Lust” all anchored by the finely-tuned, man of a million voices roar of Renshaw’s five octave range. The LP features orchestras, walls of guitars, theatrical high drama, relentless primal aggression as well as soul destroying tenderness (“I Love You,” the love letter to the front man’s family from beyond the grave was achieved through the mind altering abuse of fifteen hits of acid to capture the pain required to properly express the emotion) and mixed to perfection under the watchful gaze of uber-producer Sylvia Massey (Tool, System of a Down, Johnny Cash) on the same Neve desk used by Led Zeppelin for “The Song Remains The Same.” The record is David Bowie, Tool, Alice Cooper, Queen, Mahavishnu Orchestra, Johnny Rotten, Pink Floyd and Pantera all rolled into one and yet it sounds only like Casualty of God.

Powered by epic towering vocals, ferocious drumming that hits like a hammer blow to the midsection and an onslaught of ethereal guitar work creating a wall of sound, today’s featured band isn’t one that is fucking around here. As evidenced by their bio above, their take-no-prisoners approach to metal should bring them plenty of new fans as more metalheads become aware of this band that is lighting up the moshpits of the northwest. If you are a fan of music that will melt your face, Casualty of God is one that you’ll want to check out. 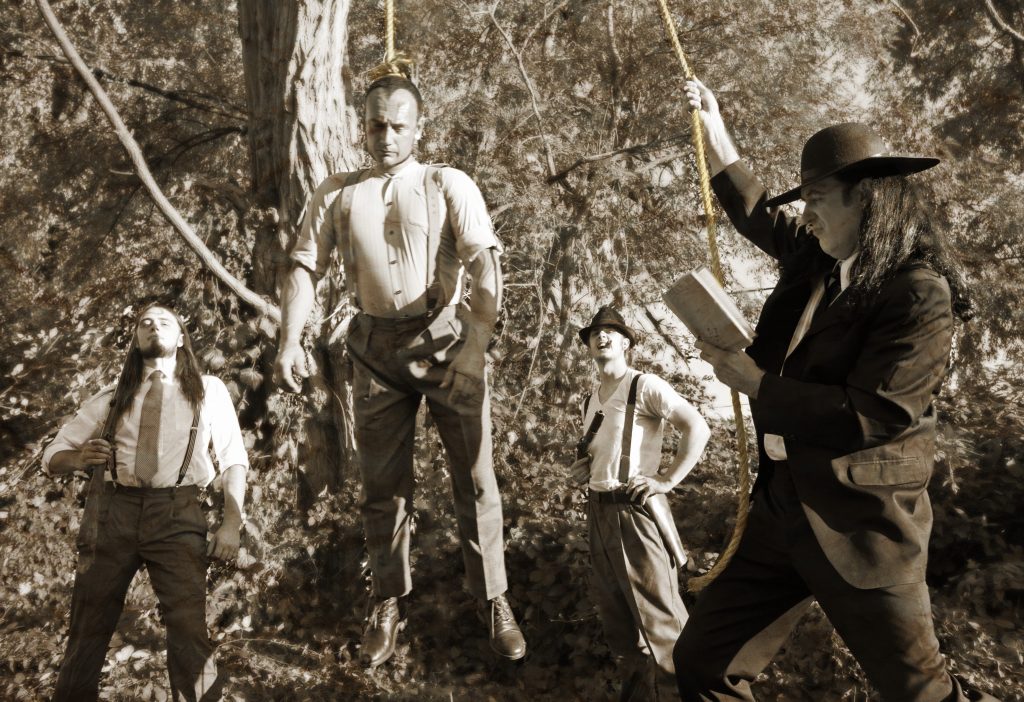 Hop on over to the Casualty of God website HERE to listen to more music.

Find Casualty of God at: