Ladies and gentlemen, and all local music enthusiasts, welcome back to the fourth annual outing of our year-end daily local music spotlight, 100 Bands in 100 Days, where every day until December 31st, we’ll be showcasing a new band or artist on the cutting edge of the Northwest, presented by Verity Credit Union. Make sure to check the #100Bands100Days hashtag at Twitter daily to stay on top of all the bands featured, and make sure to follow Verity on Twitter and NW_Music_Scene as well. Some days the featured act could be an established and locally-adored Northwest-based musician and other times they could be a band with a small following that just hasn’t had their deserved time in the sun yet. Either way, we’re fairly confident you can come away from this daily segment with plenty of new favorites. Today we’re exploring the output of a band that emerged out of a frustration with the boring, antiquated norm, Another Perfect Crime. 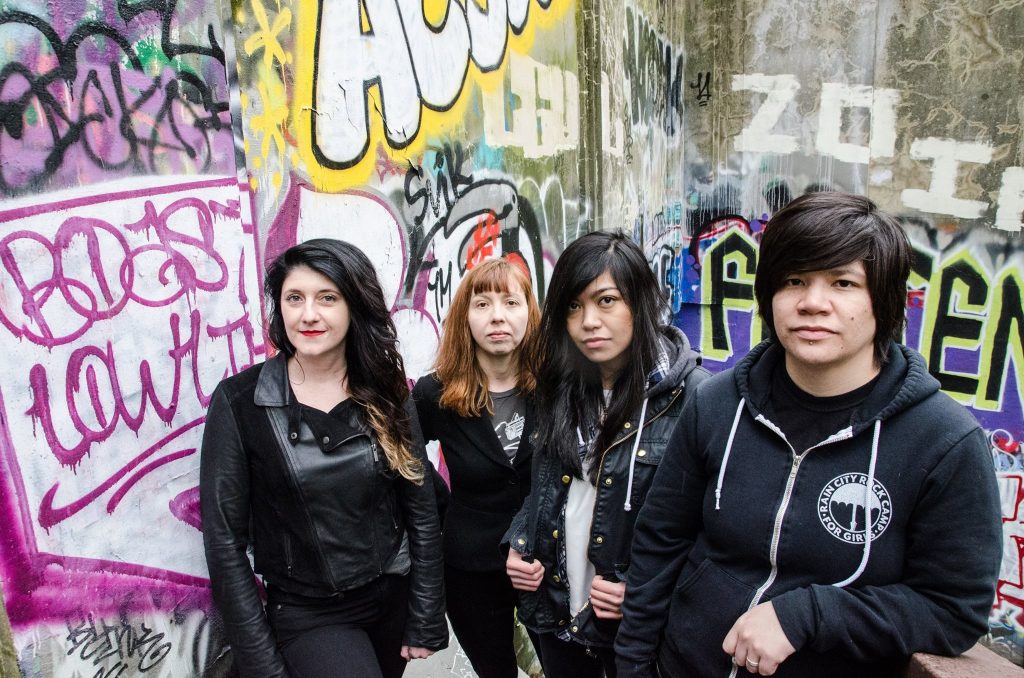 Formed back in 2006 out of frustration with a growing staleness in musical trends, Another Perfect Crime is a red-hot rock band hailing from Seattle whose driving force is to help pump some much-needed excitement back into rock. With a sound less concerned with any single genre or movement and more in tune with the band’s core musical ideals, APC’s style feels at times indebted to greats in the riot grrrl movement like Sleater-Kinney and Le Tigre, other times reminiscent of other unapologetically noisy alt-rock bands such as Pixies and Sonic Youth, but through their message and fierce sound, APC exists in a lane all their own.

Since their inception over a decade ago, Another Perfect Crime has not only played a myriad of gigs locally, but they’ve toured nationally and released four studio albums, with their latest, The Flood, released earlier this year. The album’s lead single, “The Ghost You Left,” is a good indicator of what to expect from the album: soaring alternative rock guitar, passionate harmonized singing from Jeanne Mitchell, Teresa Demel, and Natalie Walker, and a naturally inspirational, determination-filling tone. Another Perfect Crime’s longest album to date, The Flood is home to the band’s most ambitious and refined set of songs to date.

Those of you ready to join the resistance, let Another Perfect Crime be your guide.

(You can watch the music video for “The Ghost You Left” below via YouTube; make sure to keep up with ­­­­­Another Perfect Crime via Facebook, Spotify and their official website.)