Make sure you are checking the #100Bands100Days hashtag on Twitter on a daily basis to stay on top of all the bands featured and be sure to follow Verity and NW_Music_Scene on there. Some days the featured act could be an established and locally-adored northwest-based musician and other times they could be a band with a small following that just hasn’t had their deserved time in the spotlight yet. Either way, we’re fairly confident you can come away from this daily segment with plenty of new favorites. Today’s featured act is Rest as Mutes.

Rest as Mutes began as a recording project with Adam King (Masks Phantoms & Yonderlow) and Jason Sciarrone (Juhu Beach, Yonderlow and I, Cordyceps). Their first album (recorded by Adam and Jason), There Has to be a Somewhere, was a conceptual soundscape loosely based on The Walking Dead and Cormac McCarthy novels. After the record was done, David Thomas (H is for Hellgate) began jamming on bass and they started writing songs that were an amalgam of post-hardcore, post-rock, punk, indie and shoegaze.

The new record, A Secret History of Our Future (Recorded by Don Farwell at Earwig Studios) is a concept record about a fictional witch trial from Colonial America. It shows the journey from conviction and righteousness to madness and violence. The record is an analogy of the current American social and political landscape. It is a cautionary tale of how ideological possession causes people to see others through a lens of fear, hate and mistrust as opposed to love, compassion and wonder.

Think Dischord Records meets shoegaze and spacerock. A lot of delay and reverb.

As you can see from their bio above, today’s featured band doesn’t just jot down a few words on a cocktail napkin and turn it into a song. Instead, the tunes are an interconnected story they tell through their music. On Rest as Mutes’ new release, A Secret History of Our Future, they bring several sonic ideas to the table in a genre bending mix of colliding guitars and drums, creating a wall of sound that is easy to get lost in. Check out “Trial” below from the album and get ready to dig this band! 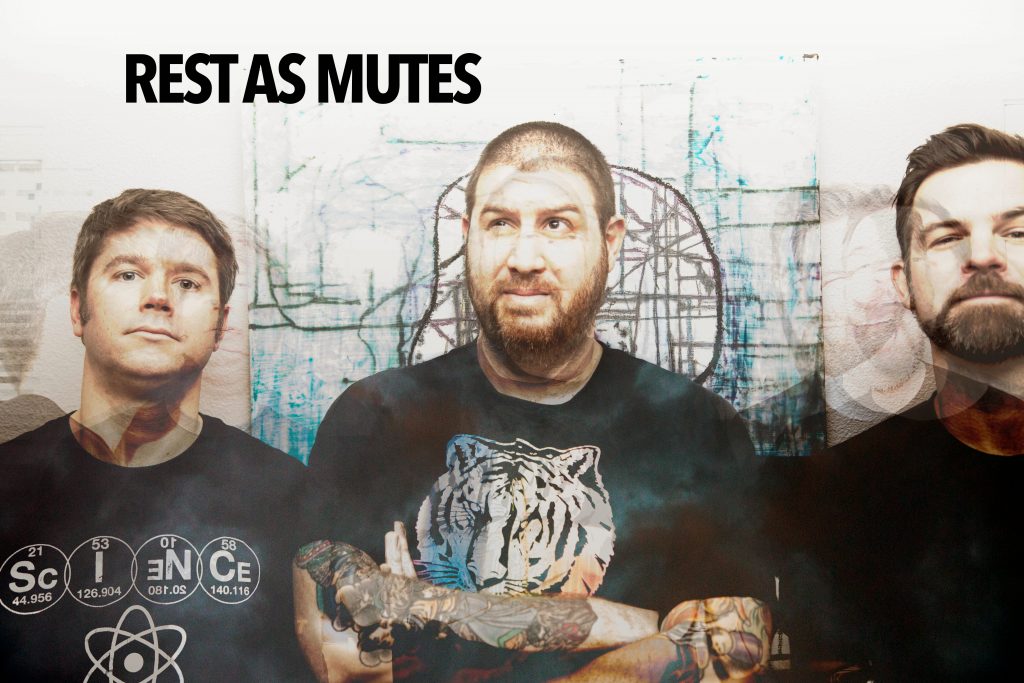 Find Rest as Mutes at: