Make sure you are checking the #100Bands100Days hashtag on Twitter on a daily basis to stay on top of all the bands featured and be sure to follow Verity and NW_Music_Scene on there. Some days the featured act could be an established and locally-adored northwest-based musician and other times they could be a band with a small following that just hasn’t had their deserved time in the spotlight yet. Either way, we’re fairly confident you can come away from this daily segment with plenty of new favorites. Today’s featured act is Tinsley.

Tinsley is a Seattle-based singer and songwriter whose songs explore love, growth, and learning to love oneself. Inspired by 80s new wave, she weaves together emotion-driven lyrics and melodies to create a vibrant, synth-infused sound.
Tinsley grew up singing in church and picked up acoustic guitar in high school to share her original songs on YouTube. After graduating from college and starting her marketing career, she began playing acoustic shows around Seattle in 2017. She was soon approached on Instagram by electronic artist and producer, Jake Crocker – marking the beginning of their collaborative relationship. In a matter of months, she joined Crocker onstage to perform their co-written music as an opening act for Ryan Caraveo at the Neptune Theatre, following with festival appearances at Capitol Hill Block Party and Bumbershoot in 2018.

She released her debut single, “In Bloom” produced by Crocker in November 2018, and her most recent single, “Narcissus” aired on KEXP by DJ Marco Collins. She is currently working on her debut EP.

As her bio above goes into, Tinsley’s star has been on the rise for the last few years with performances at Capitol Hill Block Party and Bumbershoot under her belt and getting love from KEXP as well. And there’s good reason for the attention; her dynamic vocals power the catchy synth driven tunes, resulting in an addictive sound that will keep you wanting more. With a sound that seems to borrow equal amounts from R & B as it does from new wave music, the sky is the limit. If you are looking for a fresh voice to get behind and support here in the northwest, look no further than today’s featured artist. 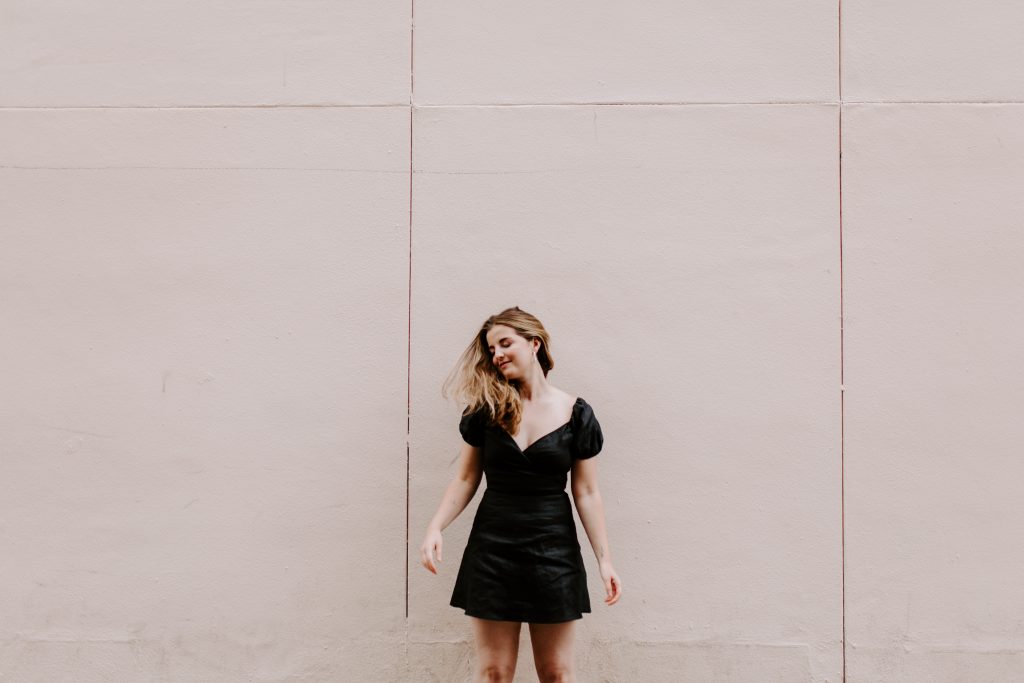