Music fans of the Pacific Northwest, hello and welcome back to our third annual year-end daily countdown, 100 Bands in 100 Days, where every day until December 31st, we’re showcasing a new band or artist you have to know about, presented by Verity Credit Union. Follow the #100Bands100Days hashtag on Twitter to stay on top of all the bands featured and make sure to follow Verity on Twitter as well. Some days the featured act could be an established and locally-adored northwest-based musician that perhaps you haven’t been turned onto yet, and other times they could be a band with a small following that just hasn’t had their deserved time in the sun yet. Either way, we’re fairly confident you can come away from this daily segment with plenty of new favorites. Today’s musical offering is Even Egerer from the Tri Cities. 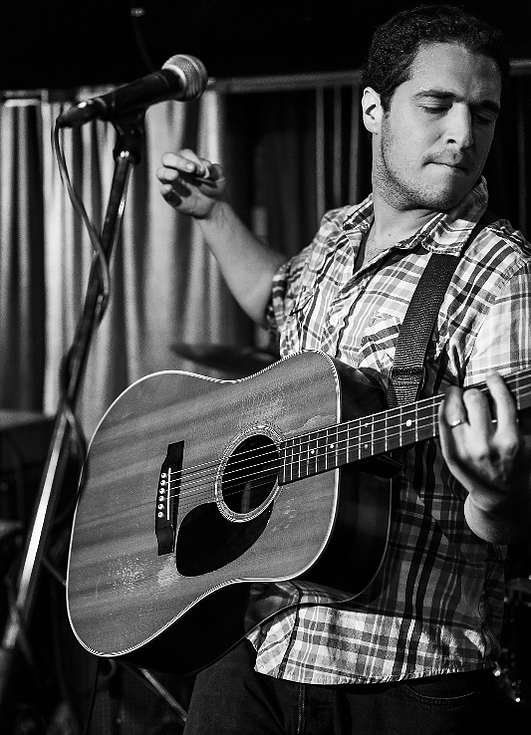 The northwest is full of singer/songwriters that rival any other geographical area, while it’s always been that way to some degree, it is bursting at the seems now. When discussing some of the top vocalists in the northwest any conversation that doesn’t have the name Evan Egerer is not complete. While his guitar playing is top-notch, what places him in the upper tier of local musicians is the power in his voice.

“Known for a powerful vocal style and a loop pedal technique that creates a full sound, Evan is not an artist who performs as background music. Stomping his way through buildups and playing through bleeding fingers, Evan’s live performances are not to be missed. Taking cues from bands like Needtobreathe, The Civil Wars, and The Black Keys, Evan writes memorable riffs that combine with soulful vocals. As he travels with the 1967 Martin guitar he inherited from his father, his musical style is one that makes a statement and demonstrates more than just a musical hobby.”

There are songs that cut through a noisy crowd and invite audiences to stop and listen. Whether that’s from the sound of the voice, the melody, or the songwriting, Evan Egerer has songs that do just that. Beginning his acoustic rock music career in Tri Cities, WA, Evan has branched out across the West Coast and established himself as an artist worth watching.

Since the release of his Distance EP, he has gone on to win a national competition to perform at Creation Festival NW, and continued to win a slot on the main stage. Since then, he has secured multiple dates opening for Crowder music. Driven on by critical acclaim for his musical style and vocals, Evan is ready to push forward and take his place among groundbreaking artists who have worked their way to the forefront of the music industry. It’s work, but it’s passion.

Evan’s three-track EP was well received by fans, so much that it inspired him to embark on a full album project. With what we’ve heard so far, it should be an instant hit with his growing fanbase.