Music fans of the Pacific Northwest, hello and welcome back to our third annual year-end daily countdown, 100 Bands in 100 Days, where every day until December 31st, we’re showcasing a new band or artist you have to know about, presented by Verity Credit Union. Follow the #100Bands100Days hashtag on Twitter to stay on top of all the bands featured and make sure to follow Verity on Twitter as well. Some days the featured act could be an established and locally-adored northwest-based musician that perhaps you haven’t been turned onto yet, and other times they could be a band with a small following that just hasn’t had their deserved time in the sun yet. Either way, we’re fairly confident you can come away from this daily segment with plenty of new favorites. Today’s outfit is another Seattle band and it’s safe to say that Fian has a sound so unique they literally don’t sound like anyone else around here. 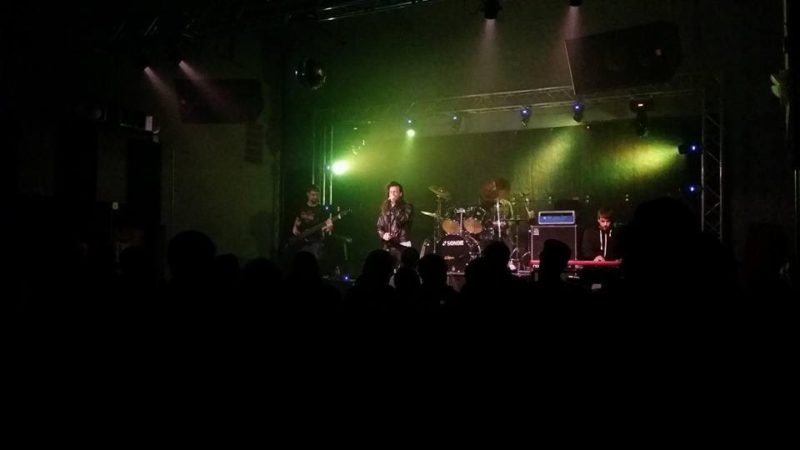 Gonna have to be honest about this band, they are extremely hard to define. I mean they are fantastic but the music includes so many layers and left turns that there isn’t an accurate genre tag for them.  One minute you might find some great piano work or some trumpet or screaming guitar. The latest release is a nearly six and a half minute long single called “Boy By The Sea” that displays flashes of a Steven Wilson-esque wall of sound while building and tearing down the tune via a series of crescendos and diminuendos.

In simplest terms, Fian is a rock n’ roll band from Seattle, Washington. The band was started in its nascent form in 2010 by mild-mannered vocalist Jonathan Wilson and former pianist (current Lord of all Music) Hudson Reed. Long time badass and friend, Joshua Nelson, was soon added to the lineup as the lead gui-starist with Swiss Engineered timepiece, Jacob Kaufman coming onto the scene in 2011 with a flurry of furious paradiddles. Lacking the bedrock on which to build their tower to heaven, Fian searched long and lazily for the missing link and were blessed with the bass brutality of Walter-White-uncanny-look-a-like wunderkind, Harrison Scannell in 2014.

Their music generally meanders along loose song structures with liberal exploration of wide dynamic ranges and lyrical subject matter. Frankly, attempting to describe their sound to the uninitiated has become a bit of a running gag. Fian defies all attempts to be crammed into any existing genre categories and they’re not shy about wanting to keep it that way.

The list of bands used as analogs to their sound is diverse to the point of absurdity. King Crimson, Dire Straits, At the Drive-in, Muse, and Pink Floyd are among the more common, with some people saying they are reminiscent of Dio, Pearl Jam, Joni Mitchell, Panic at the Disco (wtf?), or the music of Les Miserables. Pop-psych-hair-blues-theater-jazzy-grunge-prog doesn’t really roll off the tongue very well but the most effective descriptor thus far has been “Cemetery Rock.” Sounds about right.

If you like music that refuses to have a genre tag slapped on it and packaged for the masses, Fian might just be for you. One way to find out right?

(You can check out Fian on Twitter and Facebook or you can listen to them at Bandcamp and stream “Boy By The Sea” below.)