Ladies and gentlemen, and all local music enthusiasts, welcome back to the fourth annual outing of our year-end daily local music spotlight, 100 Bands in 100 Days, where every day until December 31st, we’ll be showcasing a new band or artist on the cutting edge of the Northwest, presented by Verity Credit Union. Make sure to check the #100Bands100Days hashtag at Twitter daily to stay on top of all the bands featured, and make sure to follow Verity on Twitter and NW_Music_Scene as well. Some days the featured act could be an established and locally-adored Northwest-based musician and other times they could be a band with a small following that just hasn’t had their deserved time in the sun yet. Either way, we’re fairly confident you can come away from this daily segment with plenty of new favorites. Today we’d like to get a bit weird, and shine our spotlight on one of the weirdness capitol’s most out-there rock bands, Outer Space Heaters. 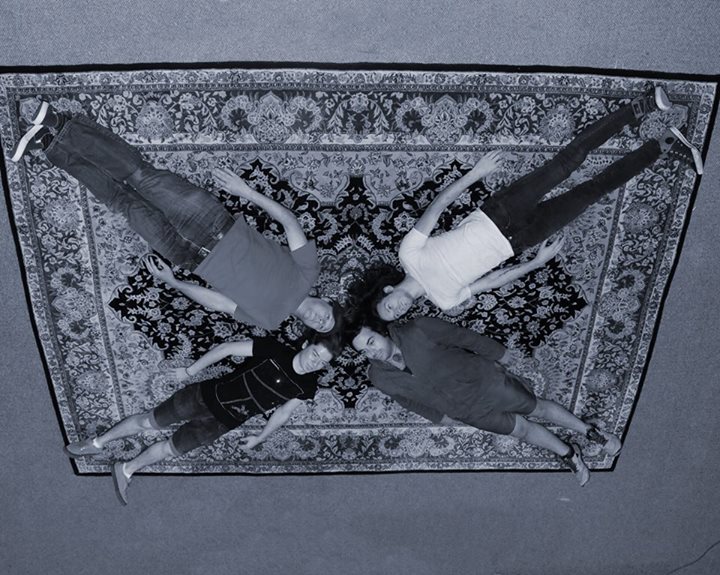 Outer Space Heaters were conceived at the start of the decade, birthing a style that’s hard to pin down; one that takes post-rock, progressive rock, shoegaze, neo-psychedelia, and even surf rock, and melts them down together into one big pot of perplexity. Dual, multi-layered guitars from Chad Van Dyke and Andy MacMillan paint vast, vivid sonic pictures across the band’s tracks, and the band knows how to build songs up from somewhat reserved and atmospheric to explosive and massive. Though their tracks are mostly instrumental, vocals occasionally color the band’s music, sometimes with strange distortion effects to add to their futuristic aesthetic.

Outer Space Heaters conceptualize their music as being the soundtrack to the sun dying and humanity being forced to advance technology so they can inhabit another planet before Earth succumbs to a cruel end. It may sound like some heavy stuff, but don’t worry, Outer Space Heaters make sure that even the potential end of humanity as we know it is as much of an entertaining, odd spectacle as they can make it. On albums like 2014’s Transmissions and the 2012 space rock epic Desolate Surf, a strong post-apocalyptic aura is felt throughout their music, with songs that approach structure about as liberally as they do genre.

Those of you who like your rock to be idiosyncratic, but compelling all the same, check out Outer Space Heaters.

(Listen to The Menace From Earth below; you can keep up with Outer Space Heaters via Facebook.)