Music fans of the Pacific Northwest, get ready for our sixth annual year-end daily local music showcase, 100 Bands in 100 Days, where every day until December 31st, we’ll be showcasing a new band or artist you have to know about. For the fourth year in a row, the showcase is once again presented by Verity Credit Union. Make sure you are checking the #100Bands100Days hashtag on Twitter on a daily basis to stay on top of all the bands featured and be sure to follow Verity and NW_Music_Scene on there. Some days the featured act could be an established and locally-adored northwest-based musician and other times they could be a band with a small following that just hasn’t had their deserved time in the spotlight yet. Either way, we’re fairly confident you can come away from this daily segment with plenty of new favorites. Today’s featured act is Ten Million Lights.

As you can see from their bio below, today’s featured band has been at this for a while now and that’s pretty evident by the tightness that only comes from countless hours in the jam space. The band’s latest release in April of 2018 delivered 10 songs that covered a wide a swath of the rock spectrum. At times a bit grungy with punk undertones, there’s also glimpses of legacy rock acts such as The Who on the second track “Red Tornado” but they never stay on the same path for long. Check out their music below and we have confidence you are going to be a fan if you aren’t already.

Ryan, Eric, Russ, Emily and Paul… create noisy, dreamy, psych-y pop that’s a little heavy, but all-organic and tasty. Their songs get stuck in your head, in the good way.

10ML ditched the drum machines and opted for more powerful live propulsion. The shimmer and sheen of reverb and delay were dialed down a notch. The touchstones might be familiar, but the pieces fit together in a new, thick and beautiful wash.

Here’s how it came to be.

Ryan and Eric have performed together since 2003 (Silver Surfer and Saturna prior to 10ML). After a decent run with Saturna, the Portland dudes launched 10ML as a recording project in 2009. But they were missing something until Bay Area transplant Emily joined in 2010 with a different melodic perspective, and with gorgeous vocals that really complemented Ryan.

They made a record at Eric’s house and had a fun run playing live rock ‘n’ roll karaoke over a stream of laptop beats. It was slightly less awkward than it sounds, and 10ML ultimately ended up gracing the good stages of places like Doug Fir and the Wonder Ballroom in Portland, and Neumos and the Sunset in Seattle. But the laptop was limiting.

Emily bowed out in 2013 to focus on her solo project (Urban Wildlife). Ryan got busy with The Ex-Girlfriends Club (“XGFC”). In 2014, 10ML added the rock-solid San Diegan bassist Russ, and performed just once, at Portland’s venerable, annual Nuggets Night, with some help from our XGFC friends. Then, they got the wild idea to spend the summer constructing their own epic practice space, in the shadows of Portland’s St. Johns neighborhood, in order to pursue a heavier all-live approach. Russ is really handy, by the way.

They par-baked a batch of new songs. Eric played drums for a while just to get the ideas started. They enlisted their favorite kickass drummer, Scott (XGFC, Pink Snowflakes). This went well, so they asked Emily if she wanted to sing again (she said yes!). And so, Ten Million Lights was (re)born as a five-piece. Watch for a select handful of shows in 2015, and a new record this fall. 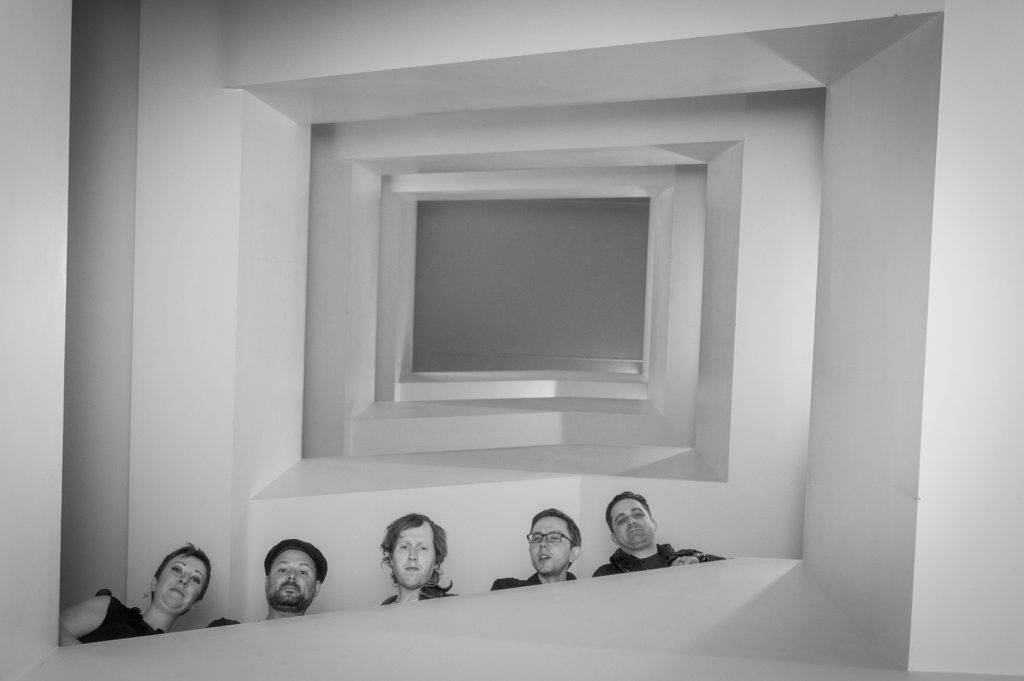